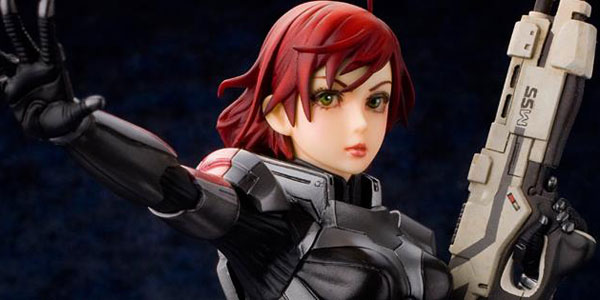 Yes, Mass Effect 3 was a major letdown. But Kotobukiya’s Mass Effect statues– from the Liara Bishoujo to the Art FX+ male Shepard– are so fantastic, they should harken back to the glory days when Bioware could do no wrong.  Koto’s latest Bishoujo statue looks to be another absolute winner– the female Commander Shepard should be an outstanding addition to the collection.

Based on a design by Shunya Yamashita, the SSV Normandy’s commanding officer sports her iconic N7 body armor (although oddly lacking the N7 insignia, apparently), and interchangeable arms brandishing either the M55 Argus Rifle or the Omni-Blade.

The action-ready pose Shepard is in didn’t really sell me in the original illustration, but I really love it realized in three dimensions in these prototype shots– Shepard looks like a fusion of game-accurate detailing, wild Steranko posing, and an anime-infused portrait, whose shock of short, red hair offsets the cold blacks and greys of her armor wonderfully.

The Bioware store will also be getting their own, exclusive edition of Shepard next March. The raven haired variant sports an extra swappable hand, so Shepard’s outstretched Biotic hand can be alternated with one wielding an Eagle Pistol.  The Bioware exclsuive version will be very limited, with a production run under 2,500 pieces.

I’ll admit, I’m not much of a video game guy, but there’s certain properties I follow only because of a strong sense of visual design I find impressive or cool. Mass Effect is one of those, and I have to say, Kotobukiya has been killing it with their line of ME statues thus far.  I can’t wait to add this Commander Shepard to my shelf! 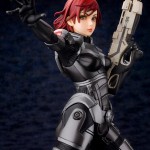 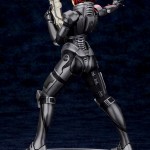 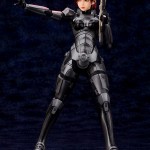 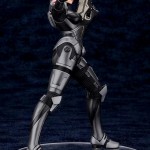 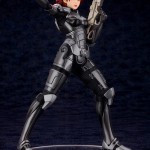 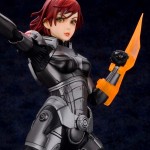 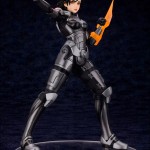 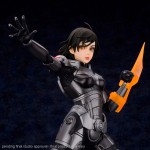