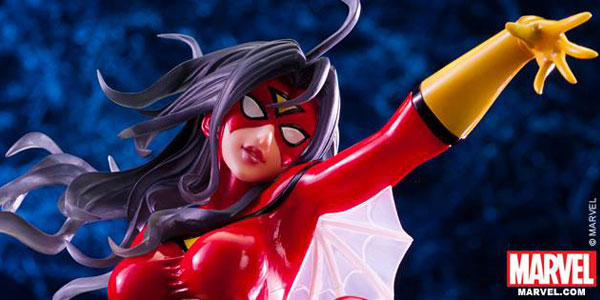 Jessica Drew has been a lot of things– agent of Hydra, Avenger, super hero… and now she can add Bishoujo statue to her resume.  Kotobukiya showed off the rough sculpt of the upcoming Spider-Woman statue, the latest in their long running (and awesome) Marvel Bishoujo collection, and now they have revealed the final sculpt of the figure itself.

I love this piece– while Kotobukiya’s bishoujo work obviously features a pin-up girl aesthetic, most of te poses they choose for their heroines are anything but cheesecake– Spider-Woman is crouched at the ready, in a sculpt that’s as packed with energy as it is beauty, which is what makes her fantastic.

The hero will feature swappable face plates, just like Harley Quinn, so your Spider-Woman can be masked or unmasked.  The statue is shown here on a plan black base, but her final stand will be more environmental, likely a bed of webs for her to stand on.  We asked Kotobukiya at NYCC if the base would feature storage for the alternate face plate, and while it did not at the time, they were bringing that suggestion back to their design team (so if it happens, you know who to thank).

Check out some great shots of the Spider-Woman Bishoujo below, and look for her to be released in June 2014. 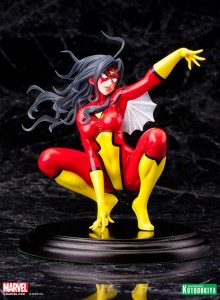 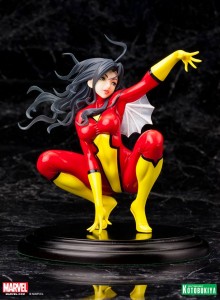 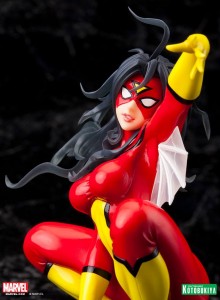 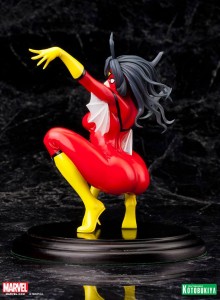 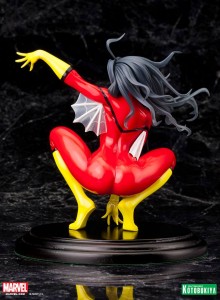 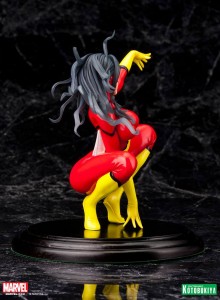 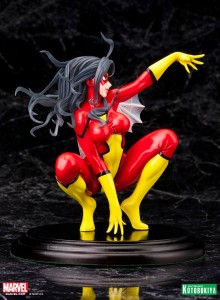 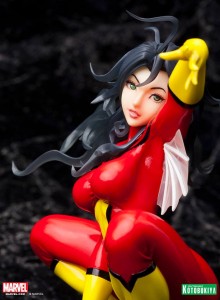