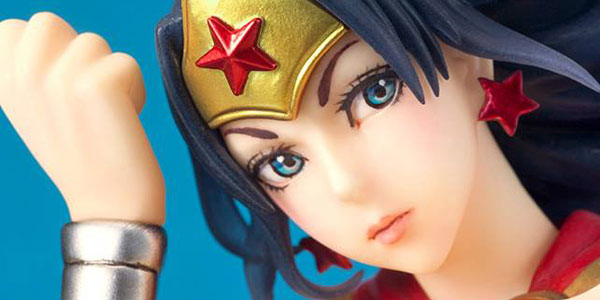 Wonder Woman was one of the most popular releases in Kotobukiya’s DC Bishoujo collection, and she’s certainly a main staple of the comic universe, so it makes sense that Diana would be the subject of a second edition in the long running “pretty girl” series.

The new Wonder Woman actually takes some cues from her very old look– combining the skirt of Diana’s Golden Age costume with some decidedly modern battle armor, the new Wonder Woman is a fresh, great looking new take on the classic hero.

Kotobukiya is always best when their designers and sculptors get to flex their muscles on detail, and the strong lines of the Amazonian armor and chest plate combine wonderfully with the natural flowing billows of Diana’s skirt and cape.  Her pose is much more dynamic and exciting that the previous, fairly neutral statue, and that face may be the best we’ve seen yet from the long running Bishoujo collection!

Look for the new Wonder Woman in April 2014… No official word yet on if she’s taking the place of the apparently delayed Black Canary, or just being released first.  Hopefully we’ll hear more soon, as I’m getting stoked to add both super women to my collection. 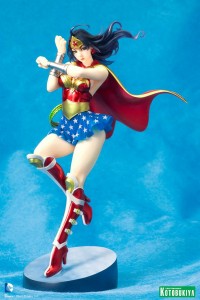 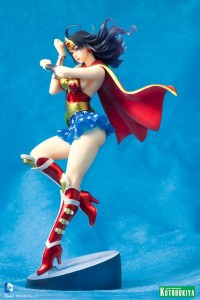 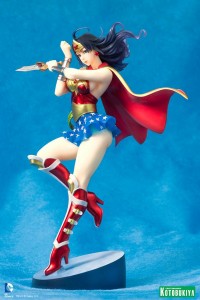 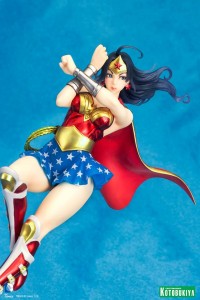 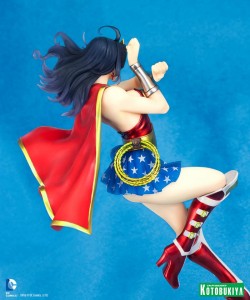 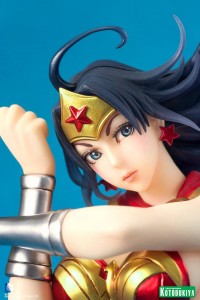 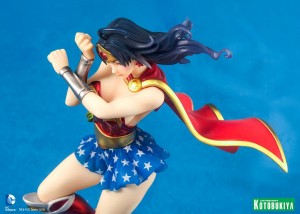