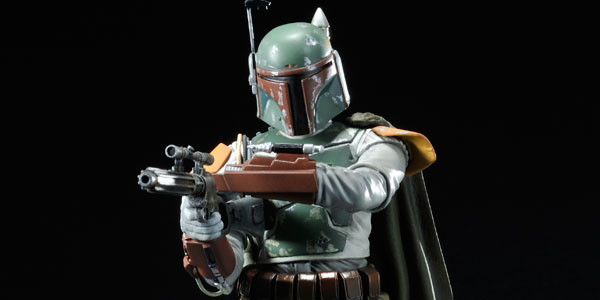 Kotobukiya is making sure 2012 will end on a high note, with a pair of fantastic new Star Wars ArtFX+ statues featuring Boba Fett and Darth Vader in their ROTJ looks.

I had a change of heart on Star Wars collecting recently, and one of the big factors in turning me around on my love-hate relationship with the galaxy far, far away is Kotobukiya’s incredible ArtFX+ Star Wars collection. So it’s no big surprise that their two new additions– Darth Vader and Boba Fett in their Return of the Jedi looks– are fantastic.

Like all the ArtFX+ series, each figure kit can be assembled and easily customized, so the bounty hunter can be posed with his rifle or his wrist gauntlet aimed at an enemy, while the Sith Lord can command the Force while gripping his lightsaber in a multitude of ways.  Vader even includes an alternate unmasked head, which looks a lot more like David Prowse than Hayden Christensen to me, because Kotobukiya is just cool like that.

Here’s the official releases on both Star Wars ArtFX+ pieces, along with more great photos: 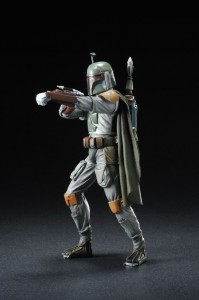 A KOTOBUKIYA Japanese import!  The galaxy’s most feared bounty hunter returns to the hit line of smaller scale Star Wars Saga Collection ARTFX+ Statues!  A clone of JangoFett and one of the freelancers chosen to hunt down Luke Skywalker for Darth Vader, the armored jetpack-toting mystery man joins the ARTFX+ line in a new version representing his appearance in the final film: BOBA FETT RETURN OF THE JEDI VER.!  With an all-new sculpt and paint scheme this is a great successor to the previously offered Empire Strikes Back Fett.

Cold and calculating, BobaFett is never encountered without his full suit of Mandalorian armor and trusty blaster rifle.  The armor plating over a full-length bodysuit clearly shows the wear and tear of a life of crime, along with all of the personal touches added by Fett over the years like the cape and unique built in weaponry.  The bounty hunter is a perfect likeness of the character specifically from Return of the Jedi, down to the correct colors on his armor and cape.  Boba is posed in a new fighting stance and comes with interchangeable parts so you can display him wielding his iconic blaster or preparing to fire his wrist-mounted gauntlet weapons!  Like all of the Star Wars ARTFX+ statues, BobaFett has magnets in his feet for extra stability on his included display base.

ARTFX+ Statues are fun-to-assemble pre-painted snap-fit kits that can be easily put together in seconds without glue or modeling skill.  BobaFett stands over 7 inches tall (1/10th scale) and looks great displayed alongside all of the other Saga Collection statues! 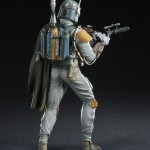 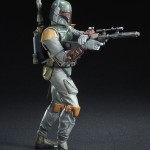 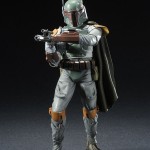 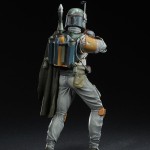 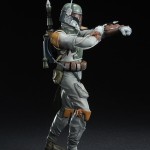 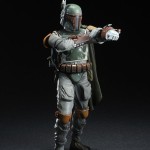 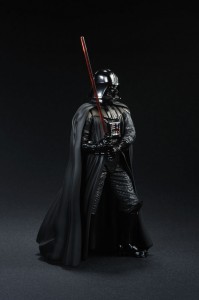 A KOTOBUKIYA Japanese import!  The Dark Lord of the Sith is back! The latest release in the hit line of smaller scale Star Wars ARTFX+ Statues steps right out of Return of the Jedi: DARTH VADER RETURN OF ANAKIN SKYWALKER ARTFX!  An all new representation of the iconic villain, Vader joins the elite lineup of your favorite heroes and villains from the original Star Wars films in the Saga Collection, following great statues like TheEmpire Strikes Back version, BobaFett, C-3PO, and R2-D2.

More powerful than ever before in the Force as well as mastery of the lightsaber, Darth Vader prepares for his final battle as the Rebel fleet hammers the fully operational Death Star.  Updated to match his appearance in Return of the Jedi, the fallen Jedi stands with his crimson lightsaber at the ready for both attack and defense.  A tall and imposing figure, Vader is like a coiled viper with his legs slightly bent and his lightsaber held in both hands.  The Dark Lord’s armor is intricately detailed and sculpted perfectly to match its appearance in the film with all of the mechanical and cloth elements distinctly textured.  You can even display Vader in a variety of poses and looks with multiple interchangeable arm parts and head pieces featuring the iconic helmet or the unmasked Anakin Skywalker!  Like all Star Wars ARTFX+ Statues, he has magnets in his feet for display on the included base.

ARTFX+ Statues are fun-to-assemble pre-painted snap-fit kits that can be easily put together in seconds without glue or modeling skill.  Darth Vader stands approximately 7.5 inches tall (1/10th scale) and is the perfect centerpiece for your Saga Collection! 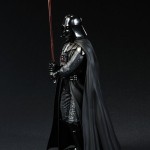 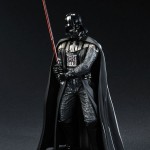 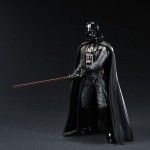 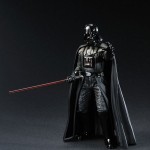 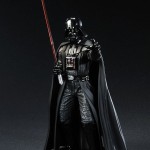 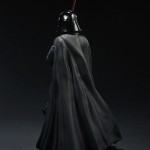 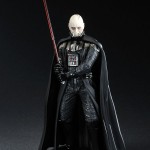