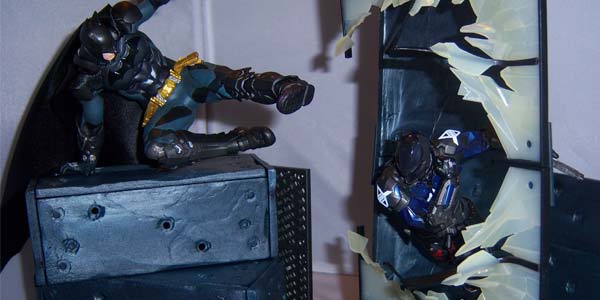 Kotobukiya has always given fans quality sculpts and amazing details. The newest Arkham Knight series statues takes them to the next level of awesome.

Instead of just the normal ARTFX statues, with a plain round or square base, Kotobukiya moved in a new direction with the Arkham Knight series, packing in a customizable building diorama. We are given the choice of Batman or the Arkham Knight and each includes parts to build a full action scene. These dioramas can be combined if you purchase both, and it does not end there, thanks to the multiple ways you can display each set up. 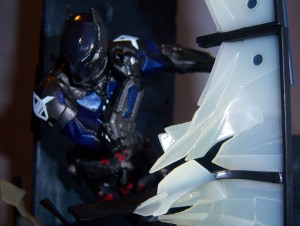 Batman and the Arkham Knight do not move, so you are confined to the pose the statue is in, but the way you use the environment bases can change the look on these poses.

Batman is sculpted in a leaping kick pose, and features his 8.4 costume with some grey highlights. His cape is cloth and can be manipulated with the bases to have a flowing look or just stay draped behind him. Arkham Knight is posed in a sprint to show him running away or crashing through a window. This is his look from early in the game and not after his identity is revealed.

There are A LOT of parts to these displays and patience is the key to putting them together, unless you can read Japanese. I found it difficult to build the columns but after a few trial and error attempts it became easier. I was left with a few extra parts but it did not effect the quality of the build. 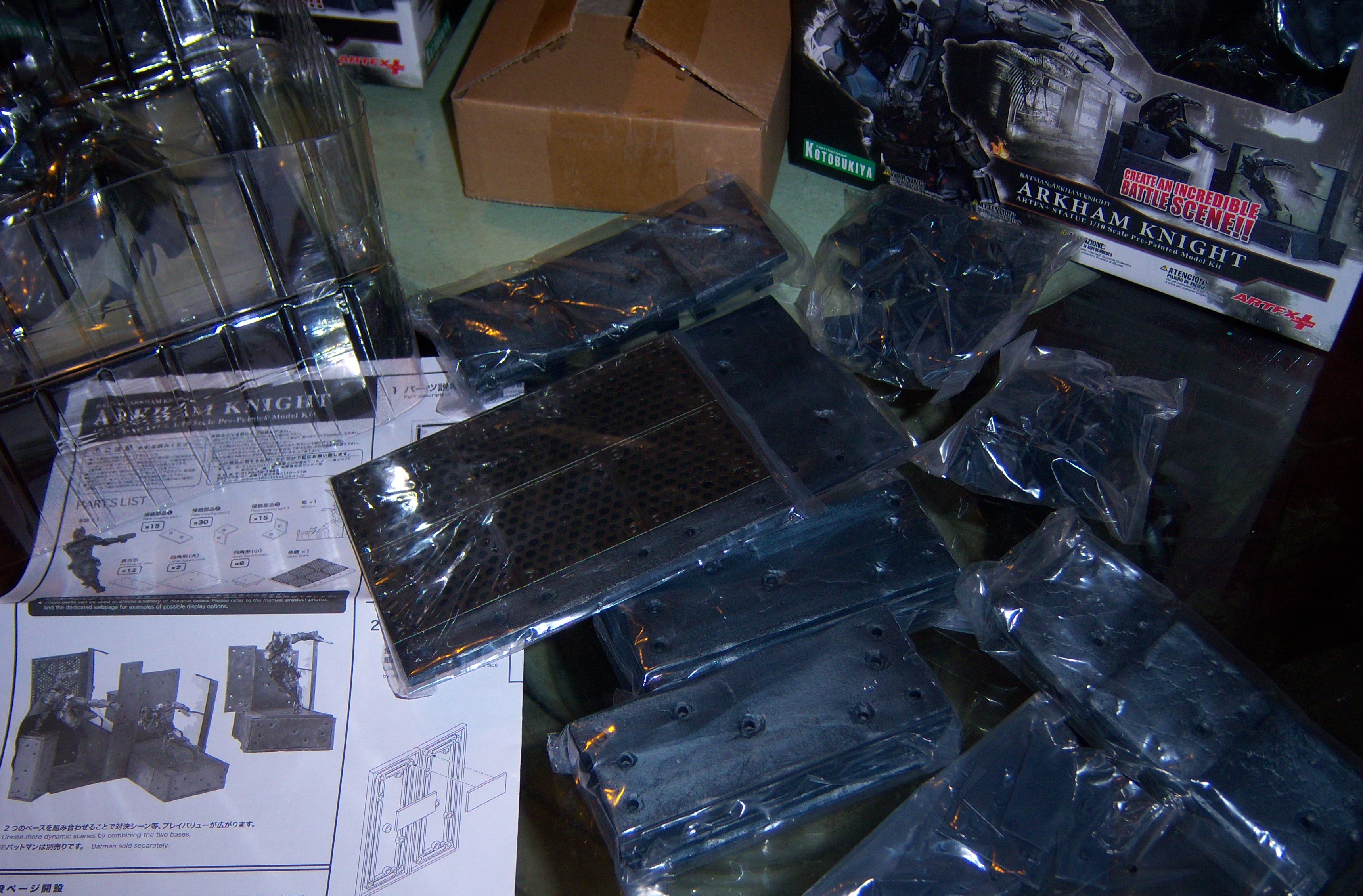 The price point on these is $85.99 each at most comic shops. Secondary market prices are similar if not a tad lower. JQ gives the look of these 9.5/10… the building of the sets added some frustration which puts the overall at an 8.8/10. 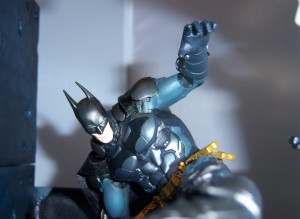 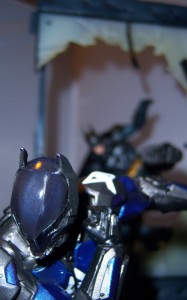 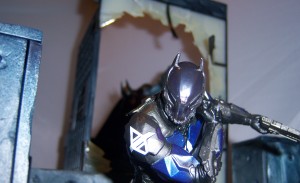 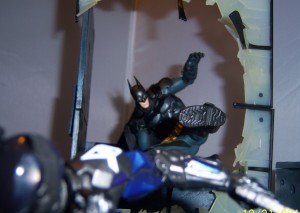 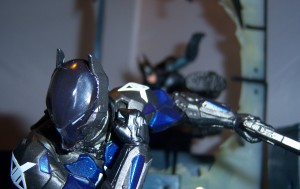 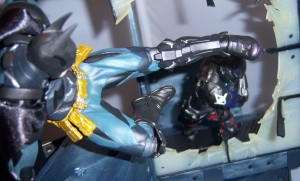 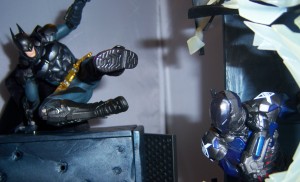 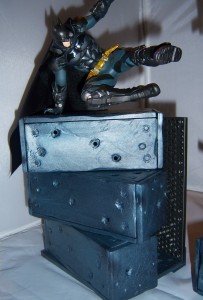 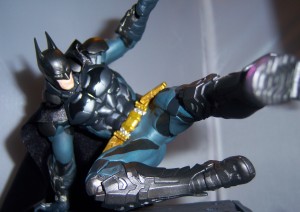 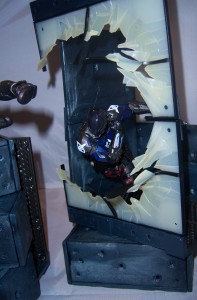 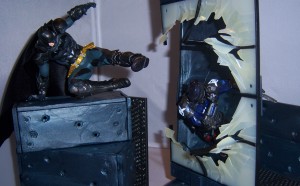 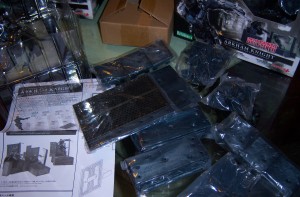