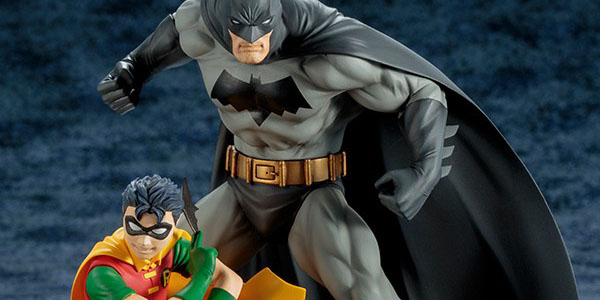 Kotobukiya announced their newest statue based on art work from All Star Batman and Robin.

KOTOBUKIYA Japanese import! Kotobukiya’s groundbreaking 1/10th scale DC Comics collection has brought you New 52 heroes and villains, Classic Costume retro-inspired figures, Batman: The Animated Series, and more, and now it adds another important chapter in the history of the Dark Knight with the BATMAN & ROBIN TWO-PACK! This dynamic duo comes straight from the pages of Frank Miller and Jim Lee’s All Star Batman & Robin, the Boy Wonder, specifically replicating the artist’s work on the cover to issue #9. From that depiction Kotobukiya has crafted a menacing Batman in an aggressive stance and a more light-hearted Robin kneeling while preparing to throw a batarang. The Caped Crusader is all business with a scowl on his face as he settles into a crouch, leaning forward for balance with his fists balled and ready. Batman’s dark, nearly gray on gray, costume contrasts nicely with the bright red, green, and yellow of Robin’s; the diminutive sidekick wears a big smile on his face along with his original duds including the short-sleeved shirt and vest, gloves, cape, mask, scalloped trunks, and spritely shoes. Both figures are captured with a fantastic attention to detail that highlights clothing elements, facial expressions, and more.

Sculpted by Naoya Muto, Batman stands just over 6 inches tall and Robin under 4 inches (1/10th scale), and of course both figures have magnets in their feet for perfect stability on their included display base. Make this duo a centerpiece in your collection or display alongside your favorite Gotham City ARTFX+ Statues from Kotobukiya like Joker, Red Robin, Nightwing, and more!

BATMAN and all related characters and elements © & ™ DC Comics. (s16)

This is sure to be the center piece for many collectors, with the classic designs of the Dynamic Duo. 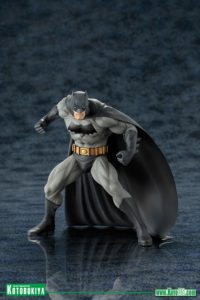 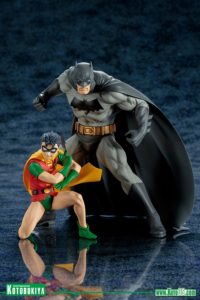 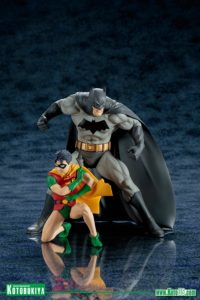 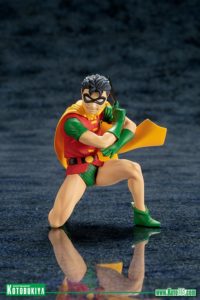