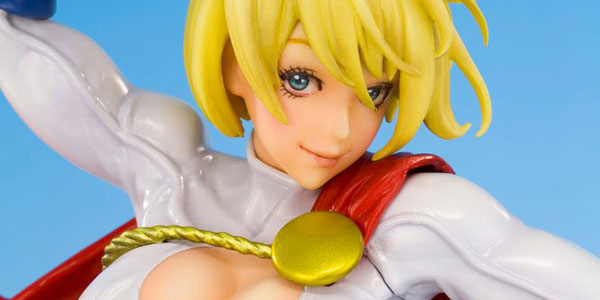 Kotobukiya has debuted the final sculpts for two upcoming Bishoujo on their Facebook page, and later this year fans can pick up the “pretty girl” takes on DC Comics’ Power Girl and Star Wars’ Jaina Solo. 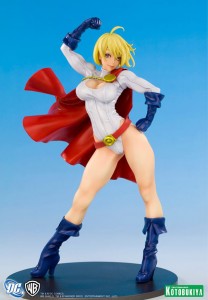 I’m a big fan of Power Girl, and the buxom heroine is tailor-made for a fun, sexy collection like Kotobukiya’s Bishoujo series. I’m very glad that it appears they absolutely nailed the sculpt for Pee-Gee, and she looks just as strong, tough and cute as she should, striking a pose and flexing her bicep while her hair and cape flow in the wind.

I can already see how awesome this figure will look on display with fellow DC heroines like Batgirl and Wonder Woman, ready to square off against the likes of Poison Ivy and Catwoman… and I’m totally glad Kotobukiya opted for a truly classic-looking Power Girl, instead of her awful New 52 costume. 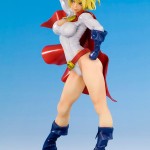 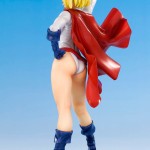 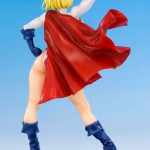 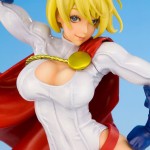 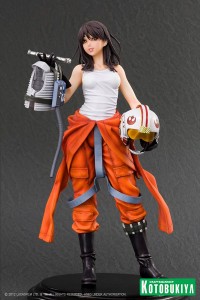 Jaina Solo is the premiere piece in Kotobukiya’s Star Wars Bishoujo collection, and while the concept art looked a little plain the final sculpted figure is pretty great. The best part about Kotobukiya’s sculpting in this line is the immaculate attention to details, such as texture on a piece of armor or folds in clothing, which actually integrate perfectly with the stylized, animated facial designs.  Jaina melds both perfectly, with a cute, anime-esque face and some of the most detailed sculpting we’ve seen in the Bishoujo collection in her X-Wing flight suit. 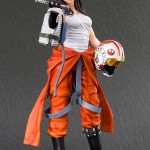 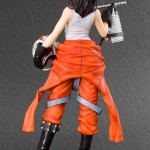 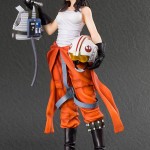 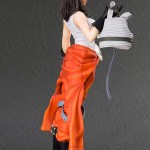