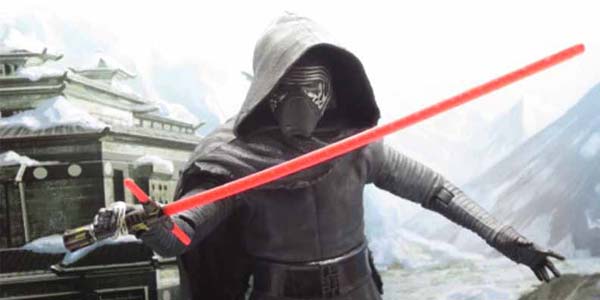 If you’re into 6″ action figures and Star Wars, it’s a good time to be a collector.  Not only do we have Habsro’s Black series, but the SH Figuarts line, the Revoltech toys, and now the Disney Store exclusive Elite Series.  These roughly 6″ scale figures are fully poseable and offer a twist– they’re die cast instead of using the traditional plastic of most action figures.  The first wave of Elite Series figures spotlights the characters from The Force Awakens, including Finn and Rey, a Stormtrooper, Flametrooper, Captain Phasma, and Kylo Ren, who might be the most eye catching figure in the line.

Kylo was so eye catching, in fact, that when I saw him I had to pick him up, despite having literally bought Hasbro’s Black Series figure mere hours earlier.  Such is the life of a born-again Star Wars fan, I guess.

How is this figure?

Overall, I really like this Kylo, who features a gorgeous sculpt packed with detail, and a rubber cloak and hood that, in my opinion, in a huge step up from the soft goods pieces Hasbro incorporated on their Black Series release.  I wasn’t sure how the Elite Series paints would work out… many die cast toys utilize a high gloss paint which applies thick to better bond to the metal.  For the Elite figures, this type of shiny finish was applied to the Troopers and Phasma, but thankfully Kylo gets a much more matte finish, which adds a grounded realism to the design, highlighting the tattered clock and robes of the mysterious Knight of Ren.  There’s a few shades of black and dark grey in play on the figure, which helps break a completely monochromatic look. 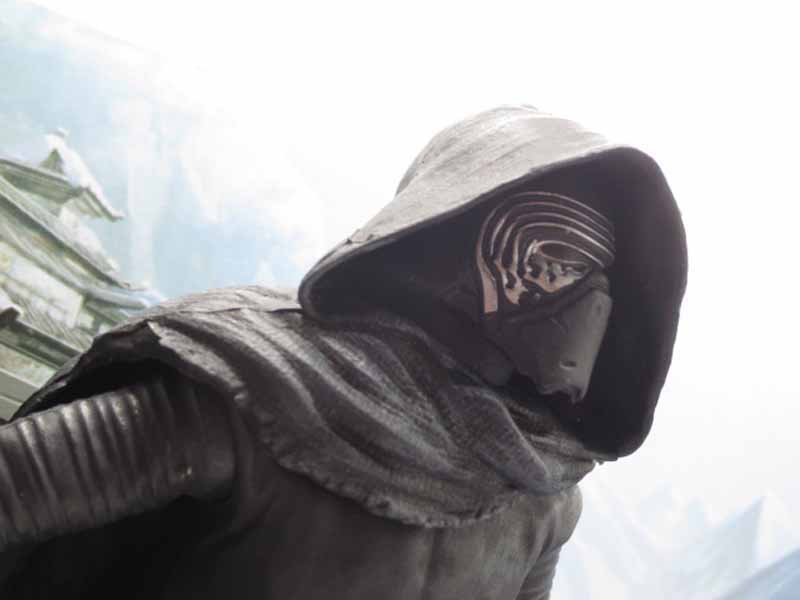 Like the Black Series figure, the Elite Kylo Ren only includes one accessory, his cross guard lightsaber.  This weapon is great, with a metal hilt packed with the hodge-podge, DIY detailing of Kylo’s custom piece, and a nice bit of fiery texture in its blade.  The figure can hold the weapon in his right hand, although the hand is sculpted too wide open, meaning his grip isn’t very firm when you remove the rubber bands that fasten the blade to his hand in the box.

While Kylo looks great, he isn’t perfect.  If you’re looking for high articulation, the Black Series figure is probably your better option.  The Elite figure is poseable, but doesn’t feature nearly the same amount of joints or range of motion as the Hasbro toy.  Still, what we get isn’t bad– the figure features a ball neck, ball shoulders and hips, a swivel waist, single hinged elbows and knees, swivel wrists and ball ankles.  It’s a decent spread, and thankfully, the joints are firm but not too tight, meaning there is little worry about the paint shipping off the metal, which actually has has a heft and feel closer to resin than most die cast toys.

The biggest drawback of the Elite Series, and something I really hope to see corrected in future releases, is the back side of the figure, which is littered with screw holes to keep the body parts fastened together.  It’s quite unsightly, breaking the fluidity of the otherwise gorgeous sculpt, and it leaves the figure only truly visually effective from the front.  Kylo actually isn’t that big an offender when it comes to this poor design choice.  His rubber cloak and tunic rest over most of the metal body, meaning only the screw holes on his upper arms are visible unless you lift his robes and go searching.  The dark screws also tend to blend fairly well with his equally dark color pallet, which helps hide them as well.  The Stormtroopers, with their bright white armor, don’t make out nearly as well, and the screws on them stick out like a sore thumb.

I get why the heavier figures would require this extra strength fastening– glue probably wouldn’t be enough to hold them together long-term– but I’d love to see future figures do something to cover them holes so as not to compromise the very good sculpting work.  Something as simple as small plastic caps to plug up the holes would go a long way in improving the aesthetic of the figures, while still allowing for the presence of the screws for support. 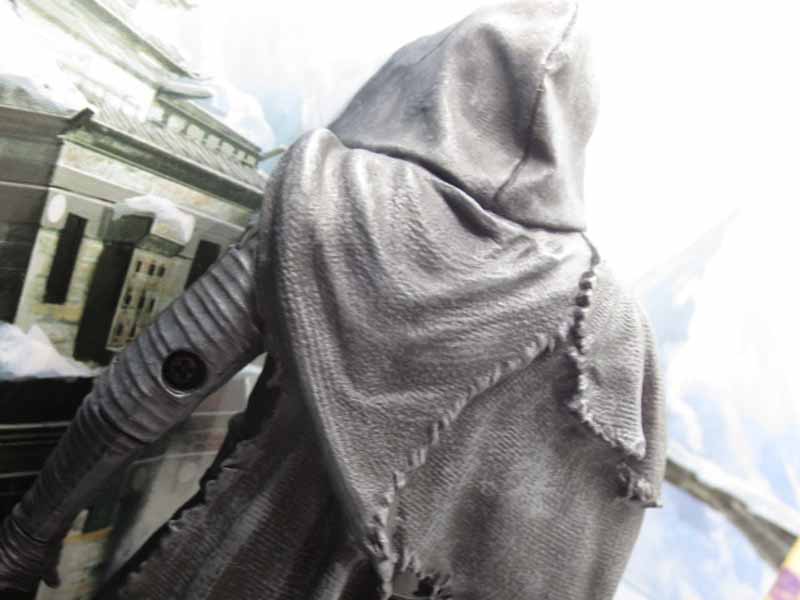 Overall, the Elite Series is off to an admirable– if flawed– start.  There’s typically a learning curve for any company first entering a new format, and for a first attempt from Disney Store at die cast action figures, I can say at least Kylo Ren is a pretty nice try.  The sculpting here is really, really good, making this the best looking Kylo figure in this scale, overall.  And the metal is actually pretty neat, giving this guy a surprising heft, and it’s a good look that he includes a display stand to help support the extra weight.

The biggest challenge for these figures, if Disney hopes to make this an effective collector-driven toy line, is those terrible screw holes.  I’m hoping they can find a solution to that issue, because if they can the Elite Series could be a unique alternative to the other 6″ Star Wars toys on the market.  At $25 a pop, the price is good, especially considering some figures like Rey include many more accessories than their Black Series counterparts.  If you’re all about articulation, you may want to stick to the Black Series.  But if sculpt and details are your thing, the Elite Series is a solid alternative you may want to consider.

The Force Awakens Elite Series is available at Disney Stores now.  A bunch of them are sold out (at least for now), but you can check your local store to see what they have in stock, or click here and order some of them at DisneyStore.com. 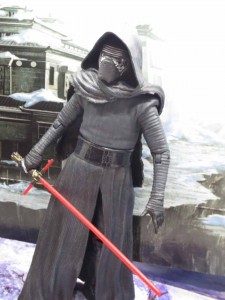 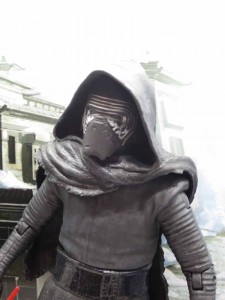 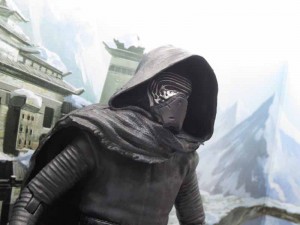 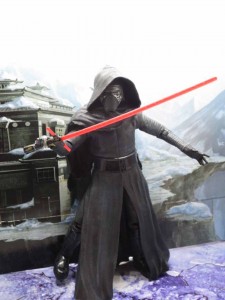 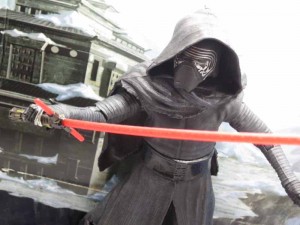 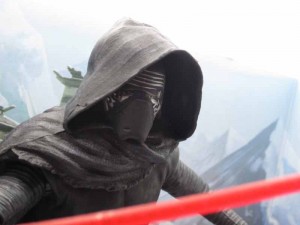 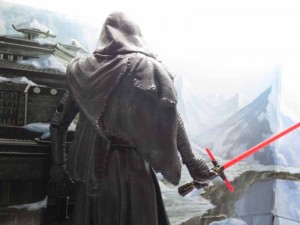 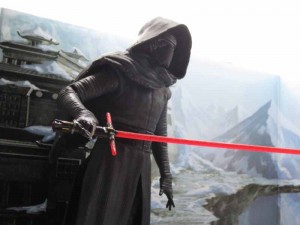 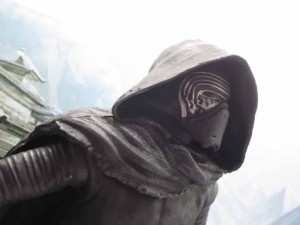 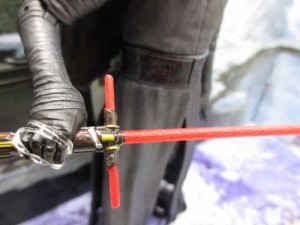 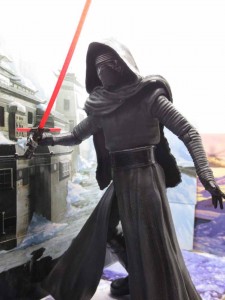 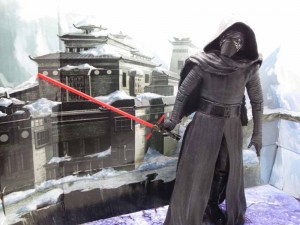 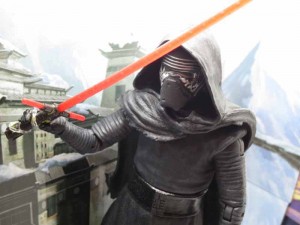 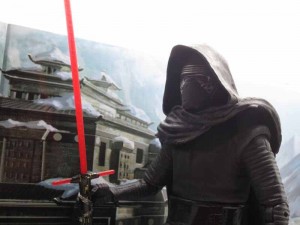 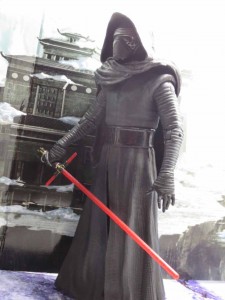 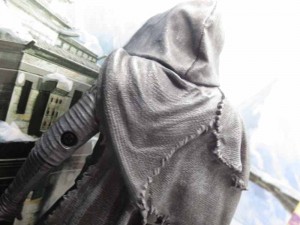 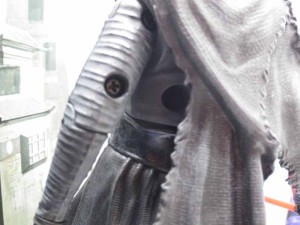 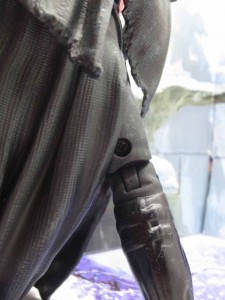 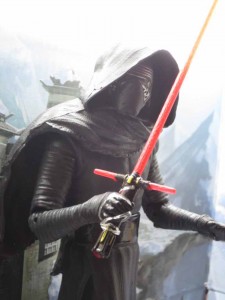 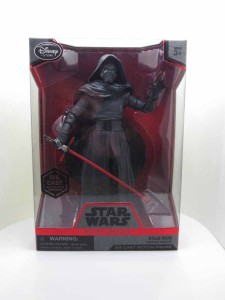 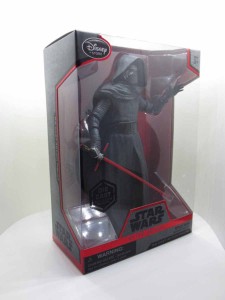 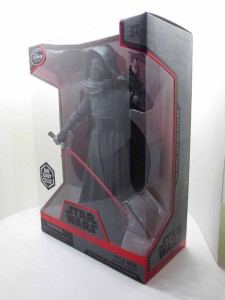 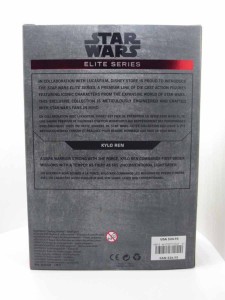 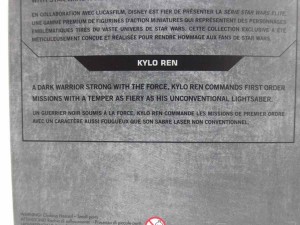 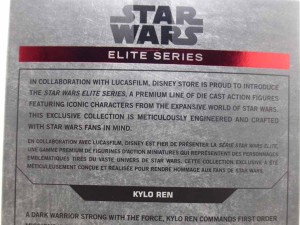