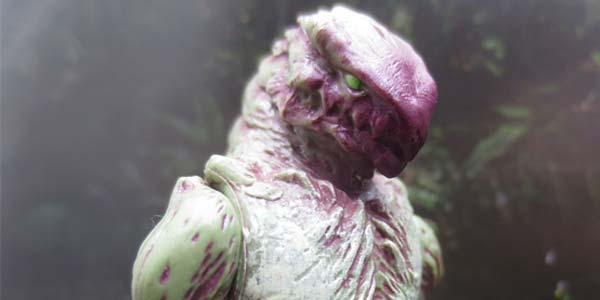 I love monsters.  Always have.  Whether we’re dealing with Draculas or Kaiju, zombies or swamp things,  creatures have always been the star of the show for me.  That’s why Sandy Collora’s La Tiburonera piqued my interest.

If you’re not familiar with Sandy, he’s a veteran creature designer and director, who garnered notoriety with his Batman: Dead End fan film some years back.  Since then, he’s been developing many projects, including a horror film called Shallow Water, which is where his latest monster will make its cinematic debut.

But while we wait for Shallow Water to be completed, Sandy found a fun way to share the “Shark Hunter” monster with us, as a retro style action figure, launched earlier this year in a Kickstarter campaign.  Since this is an all new creation, we obviously don’t know too many details about La Tiburonera, but I can say this 3.75″ action figure is very well crafted.

The sculpt and paint work– both by Collora himself– are rich in detail, from the leathery scales on the creature’s body to its snapping turtle-esque face.  There are certainly elements of other famous monsters in this design (most notably the Creature from the Black Lagoon) but La Tiburonera ultimately owns its own look, with intriguing red flourishes on its head, hands and feet, and a striking silhouette. 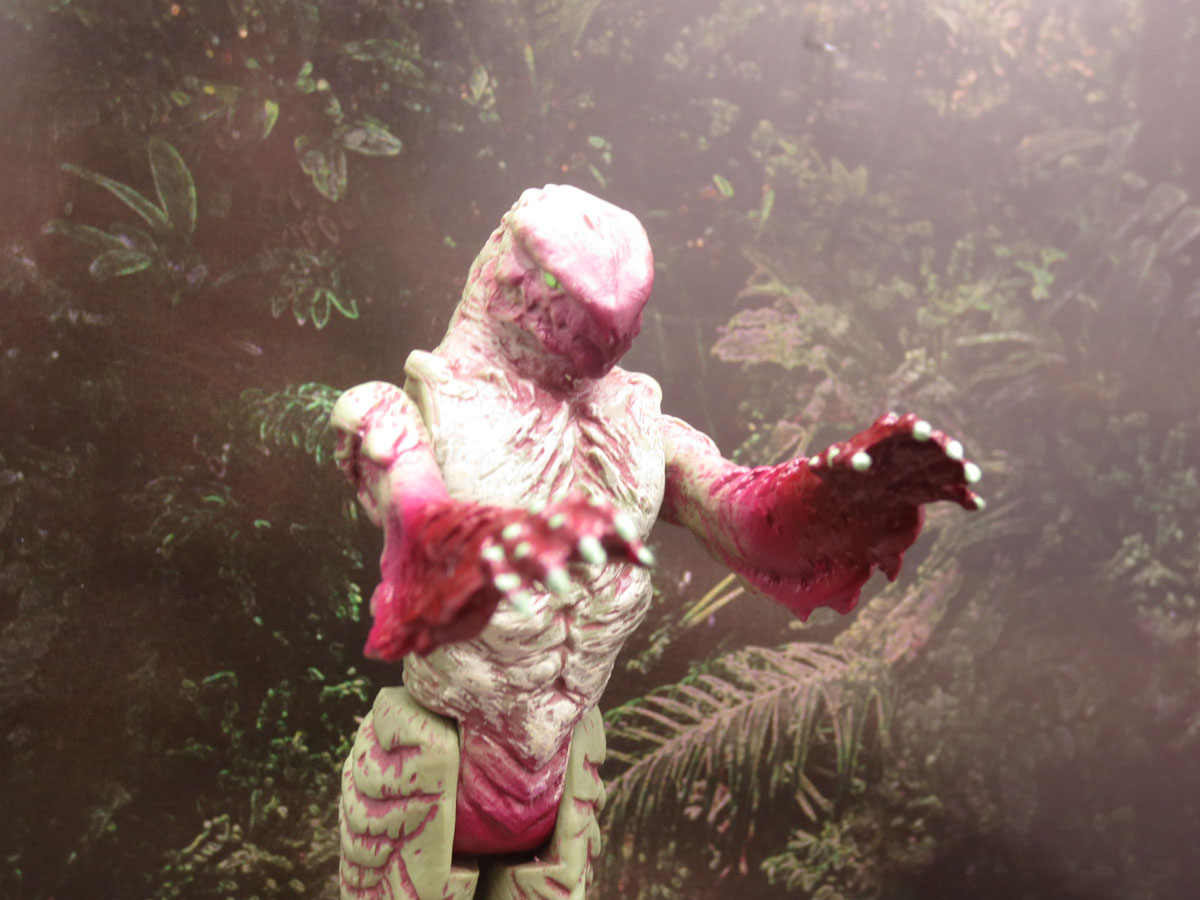 Since La Tiburonera was designed as a retro figure, it’s not overly poseable… the figure features cut joints at the shoulders and hips, and that’s it.  I would have liked to see a neck or waist swivel, if nothing else, which would have allowed for a much greater range of posing options, but these interruptions may have impacted the figure’s anatomy, which is wonderfully weird and strangely streamlined.

La Tiburonera comes packed on a perfectly vintage style coffin blister card, highlighting the Shallow Water logo at the top, and a moody, murky still of the practical Shark Hunter costume as it will appear in the film.  The back of the card features a neat quadrant of images which show the evolution of La Tiburonera from character illustration, to sculpt, to test shot, to screen still.

I’ve been into Sandy Collora’s work for a while now, and based on what we know so far, it’s safe to say both Shallow Water and its featured monster both have the potential to be something special.  As for La Tiburonera’s action figure, he’s a great piece, both as a retro throwback collectible, AND a fun way for an indie production to ape the marketing pattern of big studio blockbusters, which always drop their toy line in advance of the film’s release.

You can purchase La Tiburonera, as well as more collectibles and artwork by Sandy Collora, online at Montauk Studios Shop. 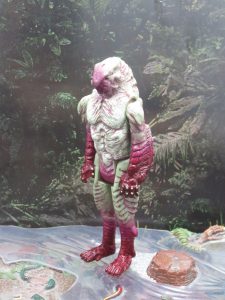 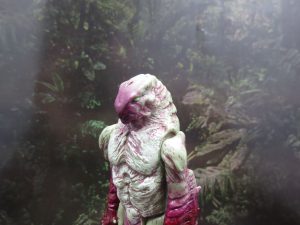 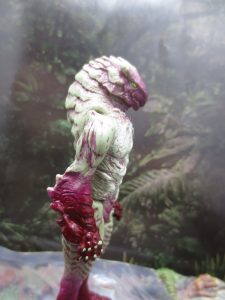 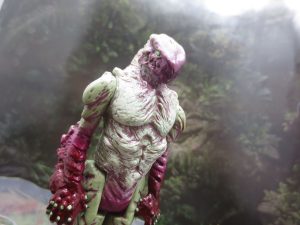 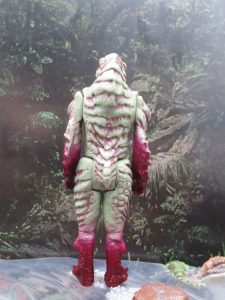 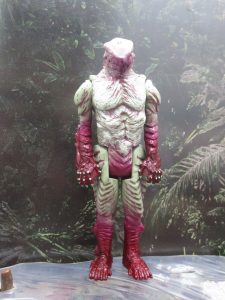 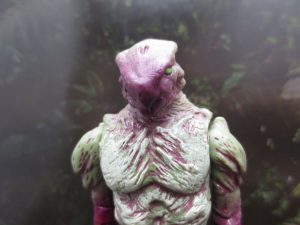 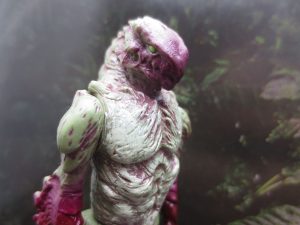 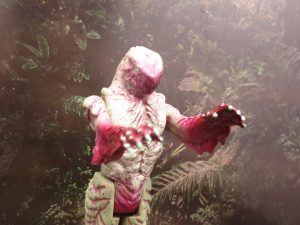 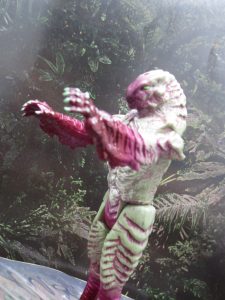 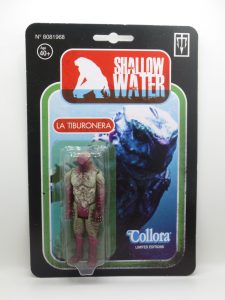 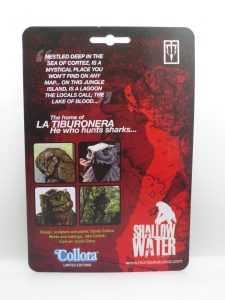