The TMNT Lego Lair Is In Danger!! 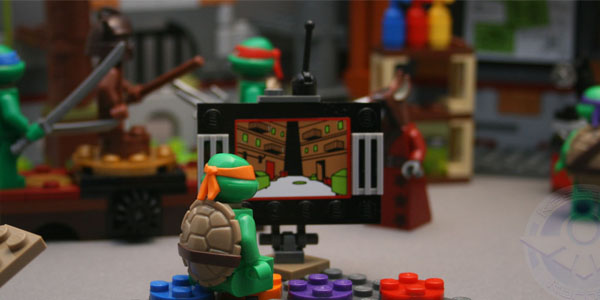 The Sewers come to life in the new Turtle’s Lair set from LEGO.

Most larger Lego sets can be disappointing… you want them to be more complete or bigger in scope, but the new Turtle’s Lair set is just enough to make it feel like a worthy playset. 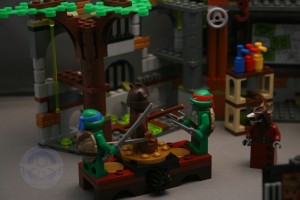 The lair is put together in stages, with many smaller builds making up the larger structure. The smaller builds all added to the value of the set, giving sections for each of the Turtles to hang out. All the smaller parts are removable, allowing you to spread out your lair, or make it a compact set. It is very reminiscent of the playsets/ figure cases of the 80’s. They also all have some kind of action feature or movement, making it a much more dynamic set. There is a dojo to train for Leonardo, complete with a training dummy Shredder, a lab for Donetello to experiment, a TV for Mike to be a couch potato, and an skate board ramp and street scene for Raphael to escape his brothers. 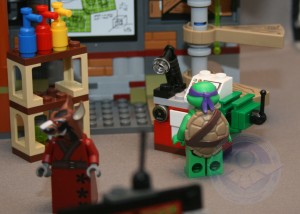 The set also comes with Splinter, the boys’ master and father. He is only available here, making this one of the most necessary sets of the theme. Also included in this set are more Foot Ninjas to help build your evil ninja army.

The set is made up of over 400 pieces but is a simple build to complete, compared to some of the larger sets Lego has released. The larger sets are fun, they can also be expensive so these smaller playsets are a great way to build something that can be used to display the whole theme, but not break the bank. 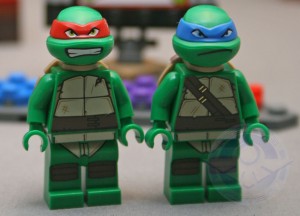 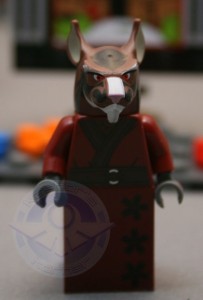 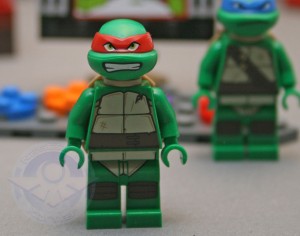 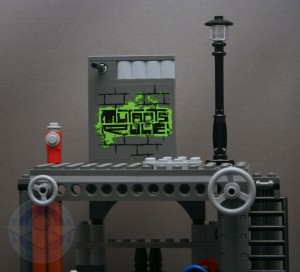 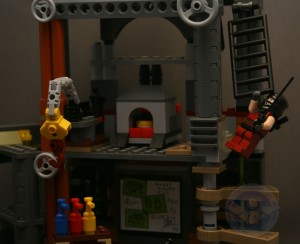 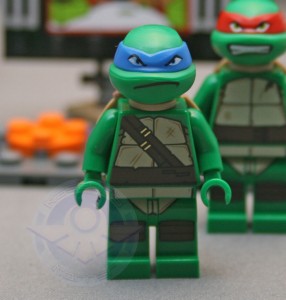 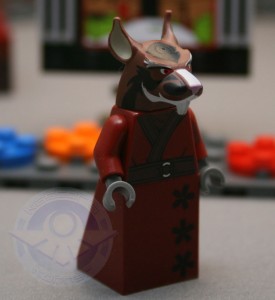 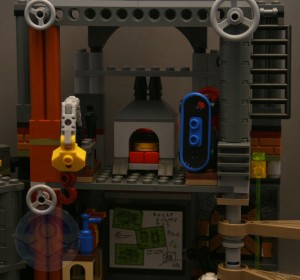 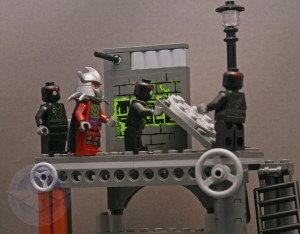 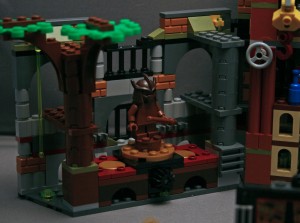 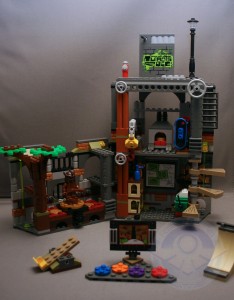 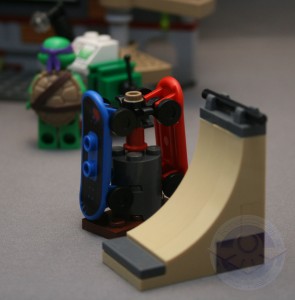 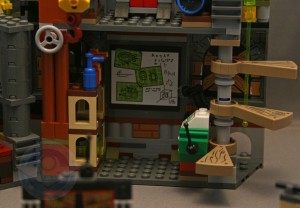 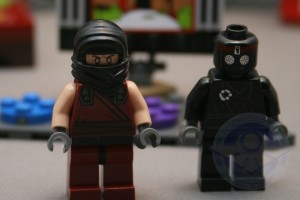