Larfleeze Clutches His Corner Of The DC Universe 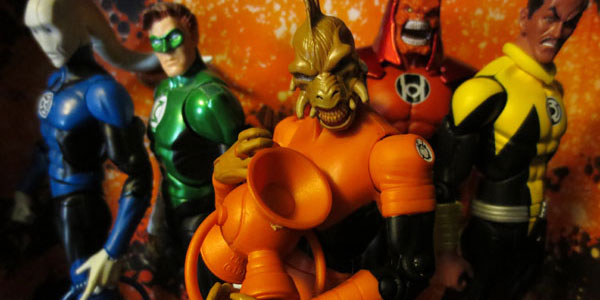 The Orange Lantern makes his DC Universe debut as the April subscription release, and he’s a surprisingly great figure.

I’m kind of lukewarm on the whole “rainbow lantern” thing, to be perfectly honest, but my favorite thing to come out of the storyline was Larfleeze.  The wielder of the Orange Lantern of avarice was bizarre, darkly funny and threatening enough to feel like he earned a place in the pantheon of DC villains, and Mattel’s new figure is a great representation of him.

Just when I was getting Lantern fatigue off the fairly straightforward Atrocitus and Saint Walker, I was very impressed by the amount of new tooling on the Orange Lantern. Aside from his unique headsculpt, Larfleeze gets entirely new arms and a new upper chest.  This is combined with  the skinny buck for the rest of his body makes for an adequately spindly frame for the alien.

The new parts are well sculpted, with a surprising amount of detail poured into the subtle folds on his shoulders and around his chest insignia, and it adds to the overall depth and realism of the figure.  At first, I thought the new head didn’t look alien enough– to me Larfleeze should have his horse face from early appearances– but it’s starting to grow on me. I really love the wispy curves of the head fins, which offer a nice sense of motion.  Larfleeze also made sure to glom on the articulation– in addition to the standard DCU joints, he gets double elbows, hinged wrists and a ball neck with a great range of motion.

All of this added articulation is mostly in service of posing Larfleeze in his most iconic stance– greedily clutching his lantern close to his chest. The effect works well– a vast improvement over the disappointing DC Direct figure’s ability– and there are a number of positions in which Larfleeze can grasp his coveted accessory, all of which look pretty great.  The only thing that could have improved this ability even more would have been bicep swivels.  The Orange Lantern’s upper arms are solid, with no bicep twist. This is ironic, as most DCU figures have this point, and Larfleeze, who could really benefit from it, goes without (don’t tell him, though, he’ll freak out).

With the release of Larfleeze, Mattel has almost completed the rainbow lanterns.  I’m curious if we’ll see Indigo to round out the set?… It would seem logical, but at the same time she’d need lots of new tooling, and she’s probably not the most in-demand release… in the meantime, we have Larfleeze, and he is a total win.  Not only is Larfleeze the best of the rainbow lantern figures… he’s one of the best DC Universe toys I’ve seen from Mattel in a while! 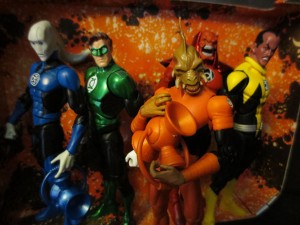 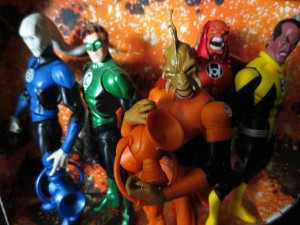 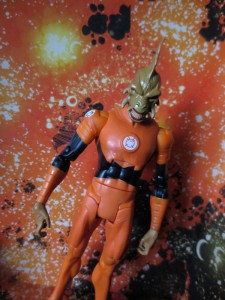 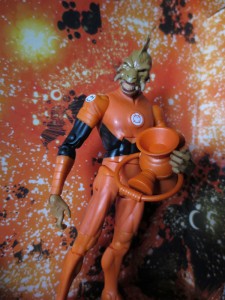 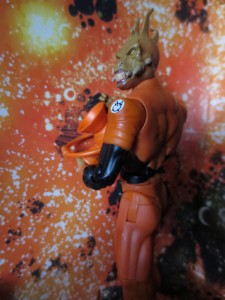 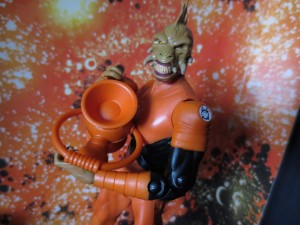 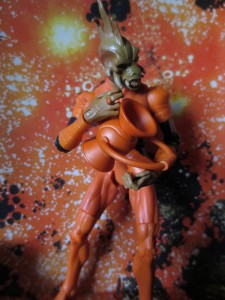 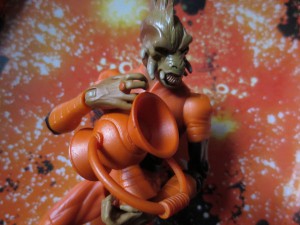 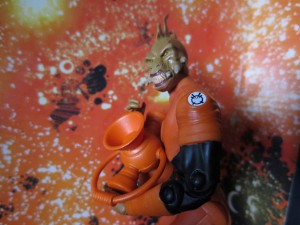