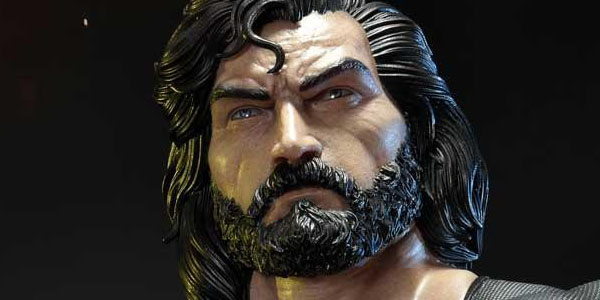 Another Harley Quinn figure? Sure! I’d love to get my sweaty mits on the new Revoltech figure. And Prime1studio new Superman statue. Throw in the Mafex Miles Morales for good measure!

I have this saying.  It goes all the way back to the days I started writing about toys many, many moons ago.  It goes a little something like this:  Hot Toys is killing me!  Simple enough, right?  And while Hot Toys to this day is still killing me what with all their wonderful figures, Prime 1 Studio is quickly giving Hot Toys a run for their money in the killing your friendly neighborhood jman department.

Case in point?  Set your peepers onto this: 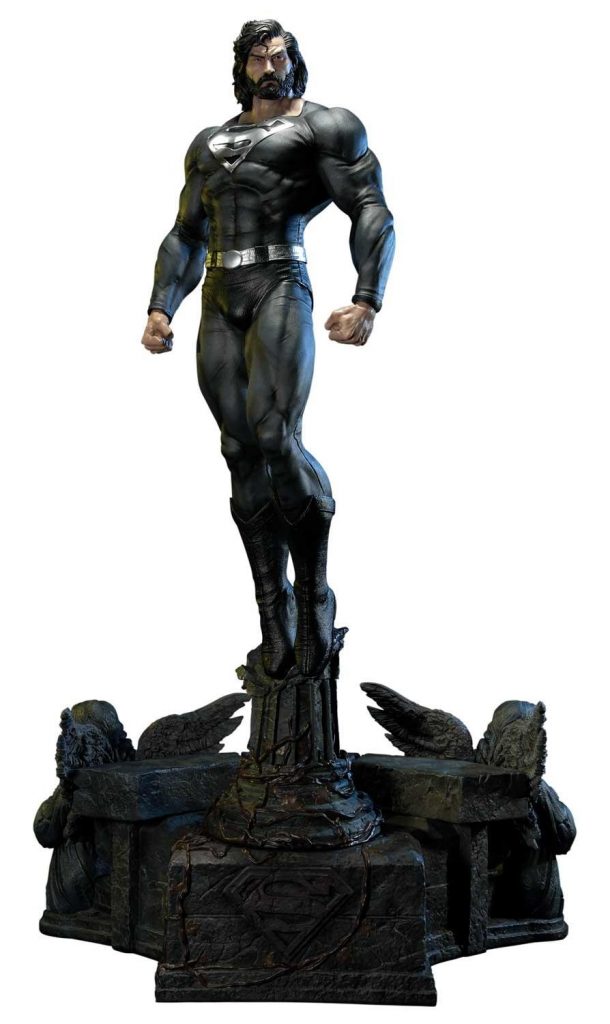 Yes my friends.  That is Big Blue in the infamous Kryptonian Regeneration suit!  A variant of Prime 1 Studio’s previously announced Superman statue based on the Man of Steel’s appearance in Jeph Loeb and Jim Lee’s seminal Hush storyline, this new statue features Superman in his recovery suit from 1993’s Return of Superman storyline. 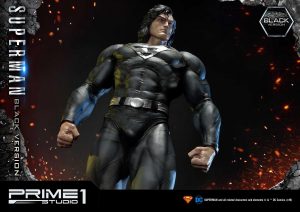 To say this guy is massive is an understatement.  He measures 42 inches in height (1/3 scale), and is posed to look like he’s stepping off a rooftop based. While the pose is cool, that’s not the best part.  No.  The best part are the 3 alternate portraits that come along with the statue.  There’s a modern day short haired portrait with a beard, a long haired portrait (relive those glorious late 80s/early 90’s day long hair days when even the Man of Steel felt the need to be trendy) and a final portrait with long hair and beard.  The statue even features a rotation mechanism in the base for 360 degree fun.

Here’s the killer for me.  And probably you too, as well.  He retails for a cool grand.  Ouch!  That’s right my friends…$999.  American.  He’s limited to a run of 750 pieces and is expected to ship third quarter 2020.  So, if you’re looking to pick him up, you’ve got some time to start saving.  But, more importantly, you’ll need that time to come up with a reasonable excuse to tell your SO why you’re bringing home yet another statue. 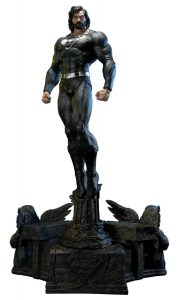 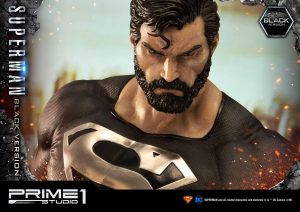 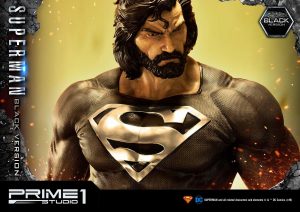 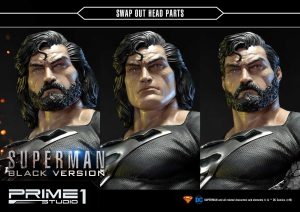 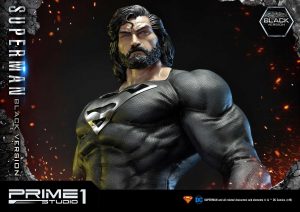 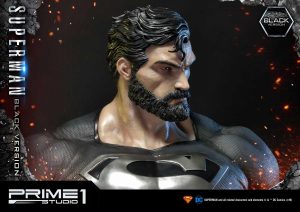 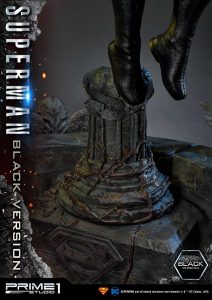 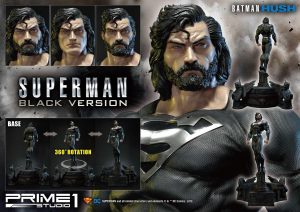 Limited to just 750 pieces, the statue retails for a mere $999.  He’s available for pre-order right now and is expected to ship third quarter 2020. 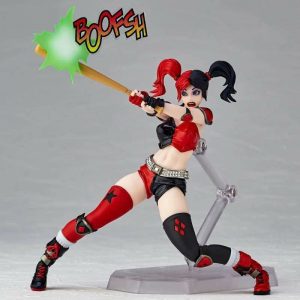 Just when you thought the Harley Quinn trend might be finally coming to an end, pics for a new upcoming figure get released, leaving you to wonder if maybe you can squeeze just a little more space on your Harley Quinn shrine shelf for another toy.

Keep in mind, she is an import so you won’t be able to walk into your local Target to pick her up.  She’s set to retail for about $69 and is expected to ship December 2019. 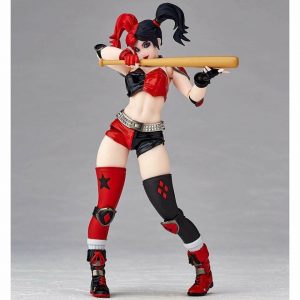 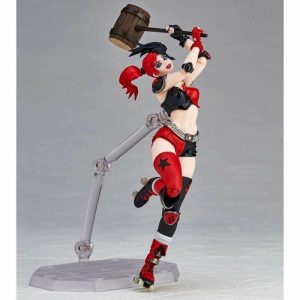 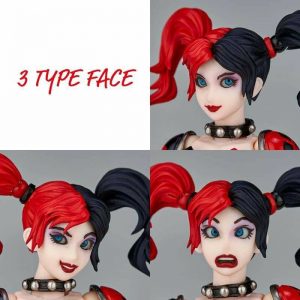 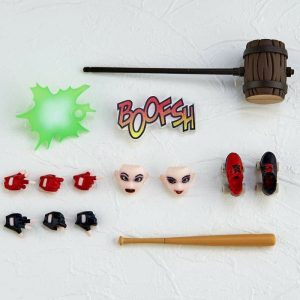 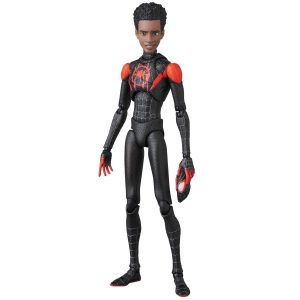 We’ll wrap up this edition of A Few of My (latest) Favorite Things with some pics of a figure that were released just after this year’s SDCC:  A MAFEX Miles Morales from Spider-Man:  Into the Spider-Verse figure.  Courtesy of Medicom, this is the Miles figure we’ve been waiting an eternity for.  And what better version of Miles to get then the one from Into the Spider-Verse?  I say…none!

Standing 5 inches in height, the figure not only comes with your typical accessories, but what looks to be nicely crafted soft goods, too.  The figure comes with removable fabric jacket, shorts and shoes along with a masked and unmasked portraits, web effects, several hands (in various states of openness) and a figure stand.

Miles is set to be released June of 2020 and is expected to retail for about 70 bucks.  If Miles just isn’t enough for you, Medicom has you covered.  They’re also releasing a companion figure of Peter B. Parker to help learn Miles a thing or two about being a spider. 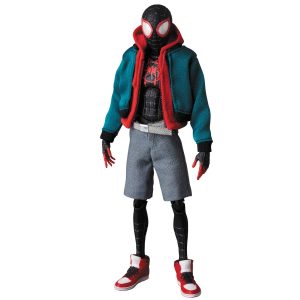 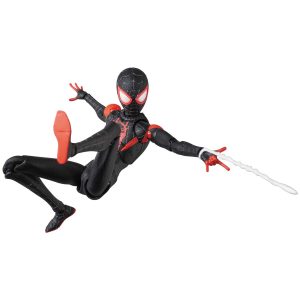 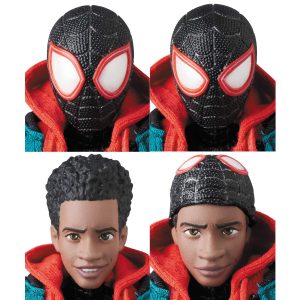 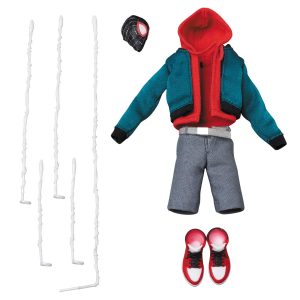 That’s it for now.  Until next time…I’ll be scouring the internets for toys I definitely should not be buying.