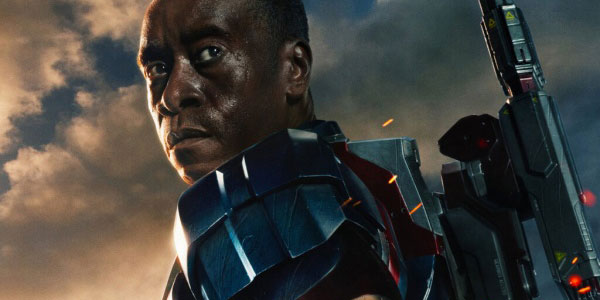 The Iron-Man 3 posters are coming at a fast clip, which can only mean the hype machine for Tony Stark’s third solo outing is revving up.   To coincide with the full reveal in the recent action figures, the latest poster throws the spotlight to former War Machine James Rhodes, who will be the movie universe’s Iron Patriot.

I’m very intrigued by the adaptation of the Patriot in Marvel’s movie universe.  It was fairly obvious it wouldn’t be Norman Osborn inside the star spangled armor, since he’s caught in the Sony/ Spider-Man web… but Rhodey is a through-and-through good guy (leagues better than Tony, even)… so I’m curious if his formerly villainous decor is some kind of hint that Rhodey won’t be all he can be this time out?  Either way, it will be cool to see such a striking– even garish– new colorway for an armor, and Don Cheadle is pretty rad, so more Rhodey promises to be a good thing, whether he’s grey, patriotic or rainbow-colored.

As far as the poster itself, it’s nowhere near as cool as last month’s dramatic shot of Tony falling from the sky— this one’s far more rote, from the half-turn hiding most of the armor that’s now plainly on display at every Target and Toys R Us nationwide, to the apparently requisite floating ash and ember that surround our hero.  I guess the posters can’t all be winners, but even if this one is super-generic… at least it’s spotlighting somebody else from Tony’s much-deserving supporting crew. 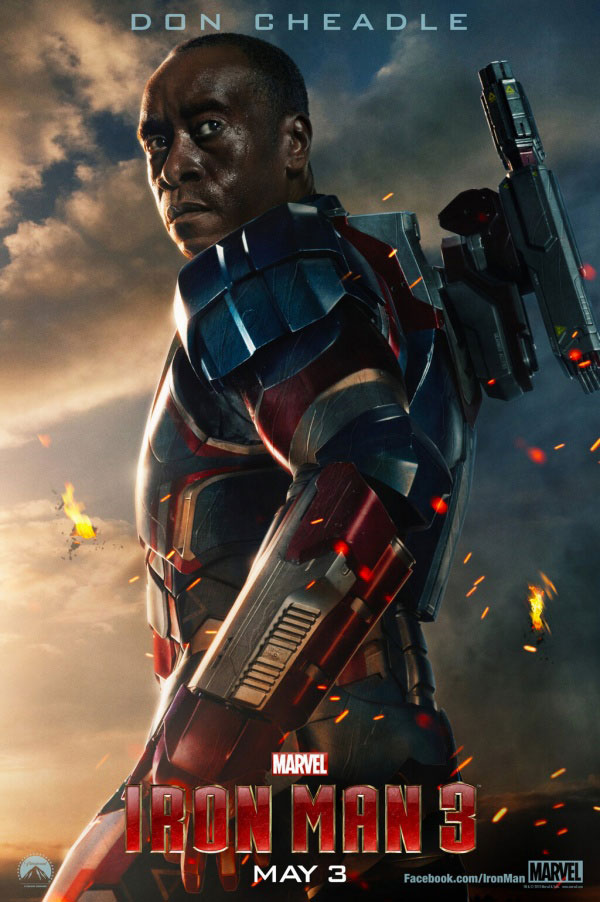