The Legacy Continues with the Falconzord 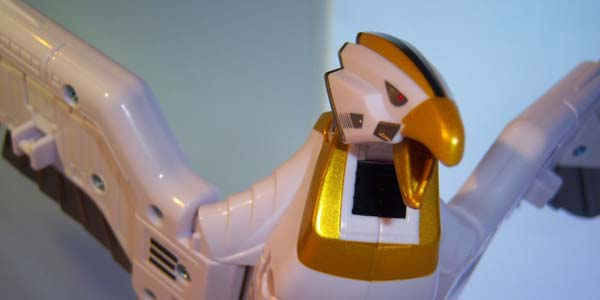 Bandai’s newest addition to the Power Rangers Legacy series is the Falconzord. 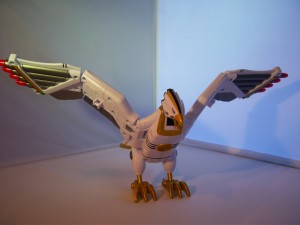 Bandai showed off their newest Power Rangers Legacy items at the last few Cons and people were excited to see the Falconzord. The new reveal only added to the possibility of the Ninja Megazord as a future release.

And now, sure enough, upon looking at the back of the Falconzord’s box we can see a silhouette of the Ninja Megazord on the box!  Check out the gallery at the bottom for proof.

Opting for the movie version of this Zord makes sense, since Bandai released the movie action figures at Toys R Us last year, which remains the exclusive home of the Legacy collection.

The Falconzord has been given a few nice upgrades from the original toy. The most noticeable is the new paint scheme, with new golden accents. This figure also includes some added articulation to the wings, and its feet get the die-cast treatment.  The wings include the clips that will allow the Falconzord to dock with the Ninja Megazord, and this figure features even more clips to allow for the Shogun Megazord transformation. Does that mean we may get that version of the Megazord too?? 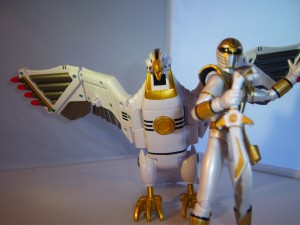 My only gripe about this figure is its size– I was very underwhelmed with the scale of this Zord. It is still a beautiful piece and a welcome addition to the Power Rangers collection, but I wish it was bigger… and the small size of the Falconzord also has me worried about the scale of the Ninja Megazord.  The price point on this figure is $79.99, a little steep in my opinion, being that it’s half the size of the Dragonzord and Tigerzord that sold for the same price.

As you can see in the picture on the right the S.H. Figuarts White Ranger is just about as tall as this Zord at 5.5″ each.

JQ gives the Legacy Falconzord a 8.0/10. The rating would have been MUCH higher if the figure was a tad bigger. 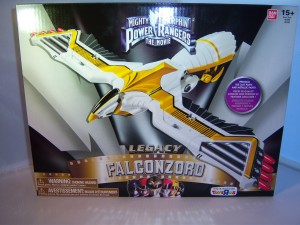 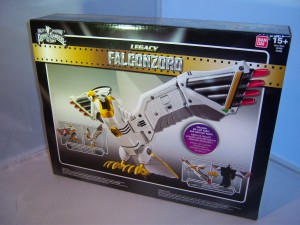 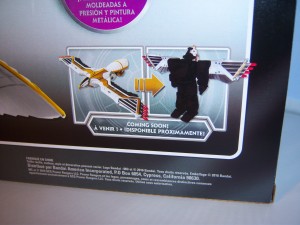 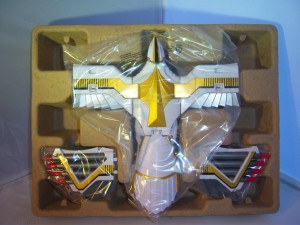 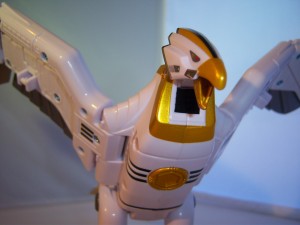 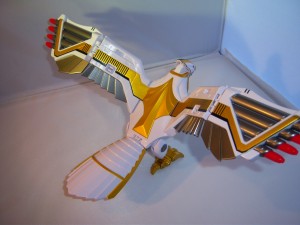 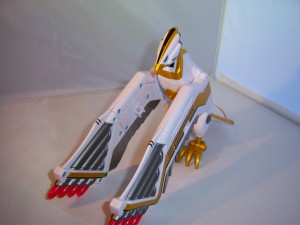 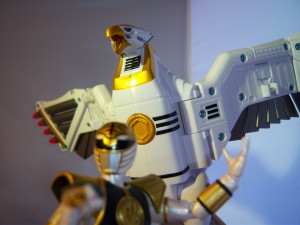