Another WWE Legend Gets the Elite Treatment 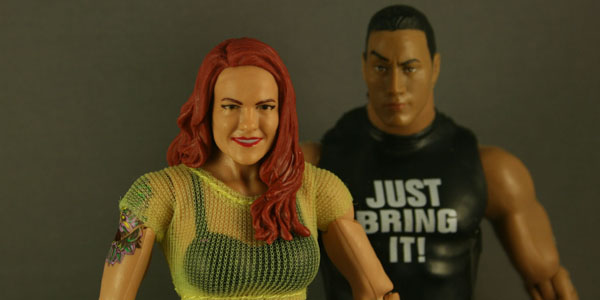 Lita has been one of the most famous female WWE stars in the company history, and she finally gets her own Elite figure from Mattel.

WWF and now the WWE has been a part of my life since I was a little kid. My dad would take me to see wrestling whenever they came to Connecticut. The adventures were never really planned, most of the time we got tickets last minute and would sneak up front. He once even handed me over to Tito Santana, who carried me up to the ring. He would tell me that story every time we went to a show, and the love of the WWE started there. Now people have tried to tell me it is fake, too violent, too much skin, but for me it was never about any of those things. It was and always will be the feeling I used to get sharing time with my Dad. 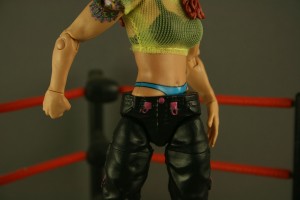 So after he passed away I could not watch it, it was too hard. Then sometime around 2000, my best friend got me to watch a Pay Per View, and the Rock and a hot red head name Lita re-sparked my interest. This time it was about remembering Dad and sharing this again with the best friend who was like a brother. Every PPV would be at his house for a couple of years, filled with great food and even better cannoli. So what does this have to do with toys? Well from time to time nostalgia makes me buy something outside of my normal collection. Lita is that toy, and she is spot on.

Mattel has had it stumbling blocks at retail, and when Jakks lost WWE a lot of people thought it had all been done, there were no figures left to make. The WWE moved on and new wrestlers came up through the ranks, giving Mattel all new characters to make. Lita as a WWE Hall of Fame member got the Elite treatment from Mattel. The figure is in scale with all the other figures but comes with some accessories, and great detail. He classic oversized pants with peeking thong is there, and you can choose what top you want her to wear. for me the mesh top looks the best, the white top just does not sit right on her torso. The one issue is the waist join is in a weird spot, so if you turn her upper body it does not look right. The cut her hips in half, so instead of turning at the right spot, she looks like her spine is broken. That is minor when you look at the figure as a whole. There is great sculpting details, her tattoo is perfect, and paint is flawless.

This figure is clearly made for the older collector, since she has not done much with the WWE besides the last season of Tough Enough. She is short packed so if you want her you might have to do some hunting, snagging her before the next wave comes out. 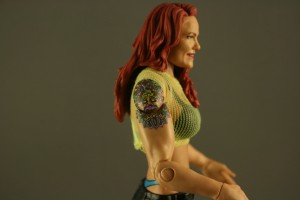 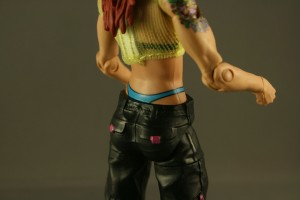 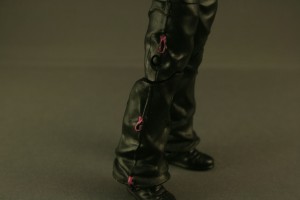 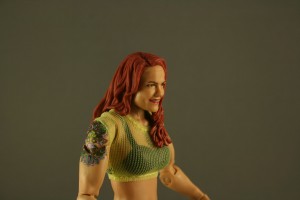 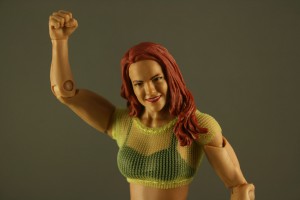 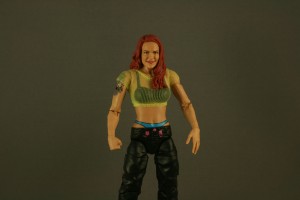 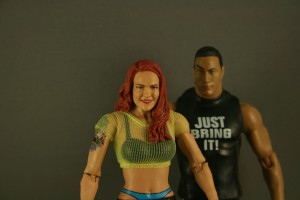 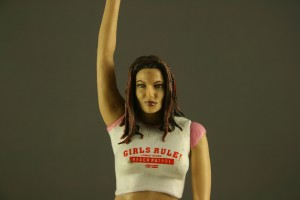 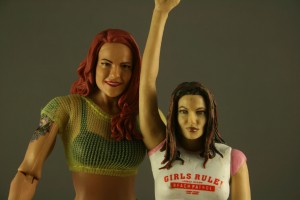 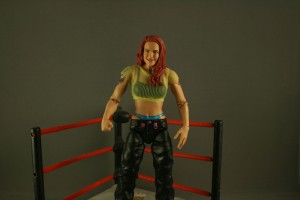 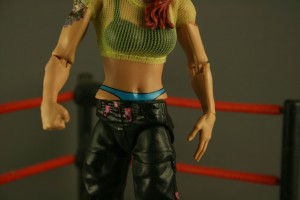 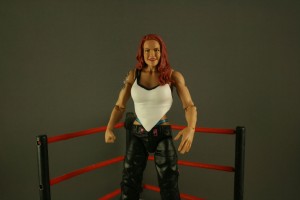