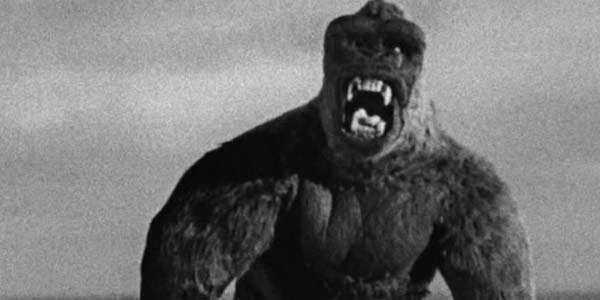 I don’t think anybody saw this coming!

During Legendary’s presentation at Comic Con, they shared a teaser set on a prehistoric island, which many fans assumed would be Jurassic World.  But no, what Legendary previewed was actually an all new movie, Skull Island, which of course, is the home of King Kong!  The teaser ends with a look at the new Kong himself, who lets out a mighty roar.

So what exactly will Skull Island be?  Nobody knows yet… it could be a prequel to Kong’s ill-fated venture to New York, or an entirely different adaptation of the monster.  It IS worth noting two things:

1.) Legendary optioned the novel Kong: King of Skull Island back in 2009.  That book tells the story of how Kong became king of the beasts on his island home.

2.) Legendary is also the company behind the new Godzilla franchise… Could they be building toward a King Kong/ Godzilla crossover???