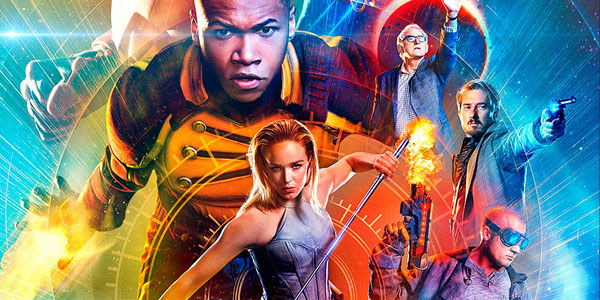 “Out of Time” starts out fun, but soon grows exhausting.

After the sudden appearance of Rex Tyler, I was really looking forward to a Kyle Reese style beginning, but instead the second season picks up six months later, and we still have no idea what kind of warning Rex Tyler gave the team in twenty-sixteen at the end of season one.  Instead, we get to jump right in to a highly spirited mission as the Legends prove they still haven’t mastered the subtlety aspect of time travel.  They’re honestly like the Martin Riggs and Roger Murtaugh of time-travelers to the extent that you wonder why they’re even allowed to do it.  Regardless, this is possibly the best part of the episode.  The swashbuckling actions of the Legends in France in the sixteen-hundreds put the best and most light-hearted aspects of each character on full display, giving this whole sequence a very humorous tone that sets the episode on a collision course with fun! But not really, because from there the episode gets a little bit too serious.  Atomic bomb, nineteen-forty-two, Oliver, Nazis, yadayada…the point is that it’s all so damn complicated.  Not puzzle complicated, but tangled up Christmas lights complicated.  That’s the biggest and most fatal struggle of “Out of Time.” The entire episode is a full season rolled in to a single premiere.  There are still questions to be answered, but the amount of ground covered in the first episode is staggering, and as a result the episode is weighed down with a lot of short and frankly pointless scenes, characters, and plot-lines.

Nate Heywood as an addition to the series is a plus though, and Nick Zano’s performance fits right in to the rhythm of the show, even if they don’t exactly explain who Nate Heywood is or where he came from.  The villain reveal also makes for an intriguing mystery for a suitable level of threat attached to it.  So the episode does have clear and distinguishable merits, and I would still consider it good on the whole, but unfortunately the lack of focus and the heavy load that “Out of Time” carries at all times makes the proceedings uneven.  It may not fall, but it stumbles way too often to not notice the weight it’s carrying.