Lego Cuusoo Takes Us Back To The Future At Comic Con 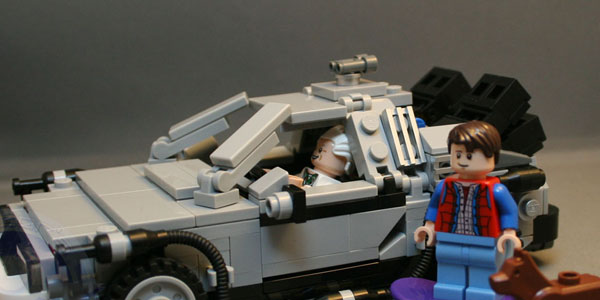 At this year’s Comic Con, fans got their first glimpse and chance to own the Back to the Future DeLorean from Lego Cuusoo. There were long lines camped out just to get their hands on this new set, which sold out in the first few days and now won’t be available to the public for a number of weeks.

It’s always fun to see how people can make Lego bricks turn into almost anything, and in this case Lego bricks represent one of the most famous cars in film history, the DeLorean.

When the set was shown on up on their custom site Lego Cuusoo, fans voted overwhelmingly to have this becomes the next set in their line of custom Lego builds. When it finally announced that the DeLorean would be made many fans were concerned what would be included with the set. Would it be the car from part one? The flying hovering car from part two? Or the railroad track riding, front hood detailed car from part three?

The answer is all three. Lego has included instructions on how to build the first car, but also how to add on the other parts to create any of the famous looks for the DeLorean. For a lot of collectors who like to have a complete collection they might end up buying three sets so they can have each one of the looks of the time traveling vehicle. 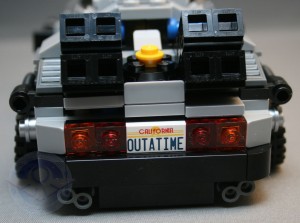 The build is pretty simple– the most fragile pieces in a set are the gold doors and the front windshield pieces, both of which feel pretty brittle when moving around.  Any toy collectors know that stickers can be the bane of your existence but in this case Lego took care of them. The original pieces like the flux capacitor, the front dashboard with time controls, and the rear license, plate both from part one and futuristic one from part two are all printed on the pieces. So there are no stickers to put on crooked.

The only change from the movie DeLorean is the date on the dashboard. In the film Marty travels back to 1955, but in this case Lego chose to pick the date that the first Lego brick was patented in 1958. Also included in this set are Marty and Doc Brown mini-figures. It was up in the air whether or not these figures would be included with the set, but they are, and in the classic looks from the first film. 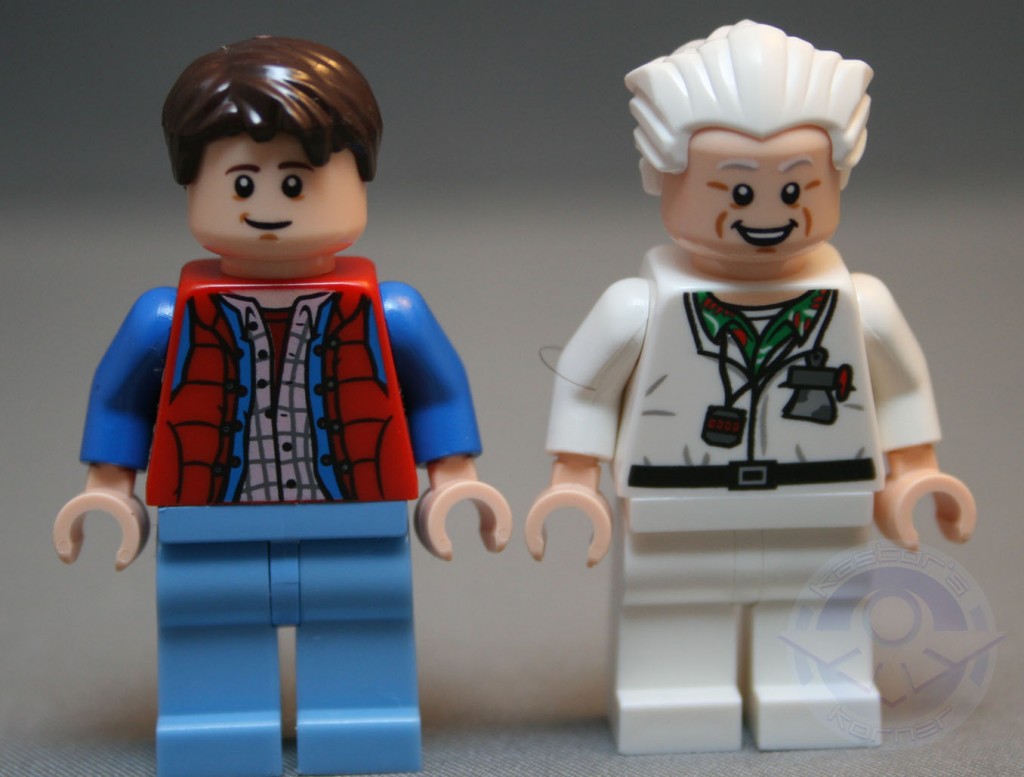 This may go down as this collector’s favorite Lego set ever– I can customize it to be any one of the three DeLoreans from movies, and I also have Marty and Doc mini figures as icing on the cake.

The proceeds from this set will be going to the Michael J Fox Foundation for Parkinson’s Research, which makes even more reason to buy three sets and build all three DeLoreans. 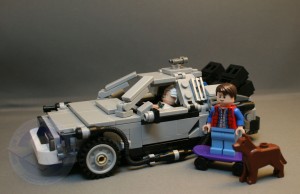 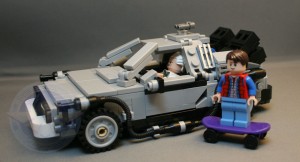 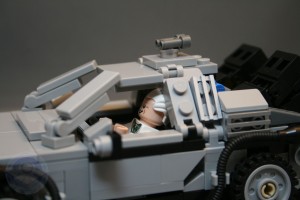 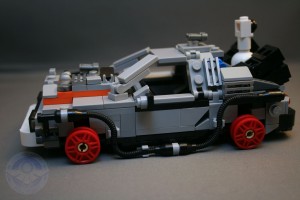 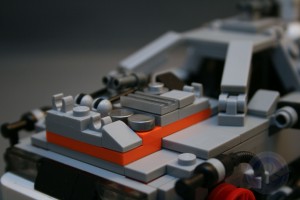 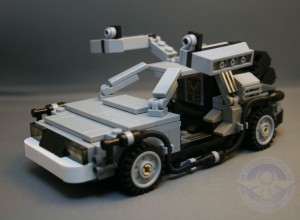 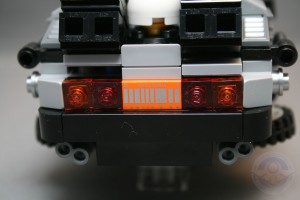 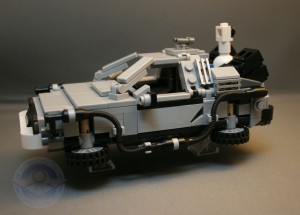 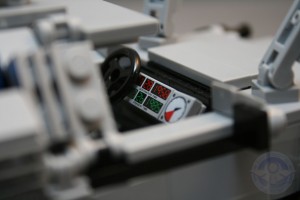 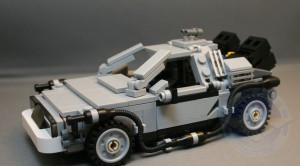 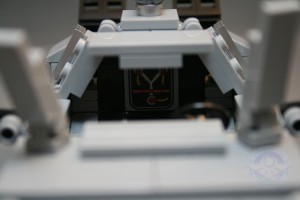 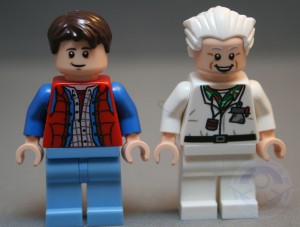