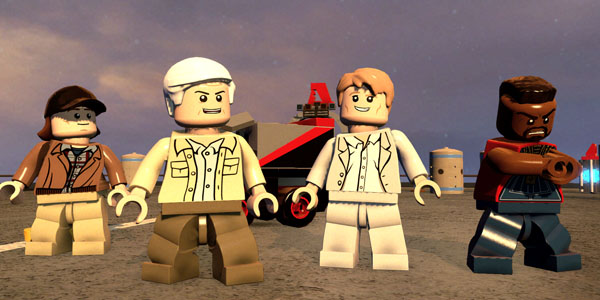 LEGO Dimensions Gets Even Bigger with New Expansion Packs Based on Ghostbusters, Adventure Time, Mission Impossible, Harry Potter and The A-Team.

The new Battle Arenas offer competitive split-screen local gameplay for up to four players. LEGO minifigures included in expansion packs come with special, golden Toy Tags which unlock a Battle Arena within the free play Adventure World of the corresponding entertainment brand.  Each Battle Arena has four exciting gameplay modes: Capture the Flag, Objective, Base Bash, and Tick, Tag, Boom!, and comes with its own traps, defenses, and special powers that make every Battle Arena unique. Battles can be played competitively or cooperatively in multiple player configurations including 2 vs 2, 3 vs 1, and individually against the system AI to create fun for the whole family.

Ghostbusters fans who want to make their LEGO Dimensions experience spookier can add the Ghostbusters Story Pack. Players can relive the film and help Abby Yates and her team of Ghostbusters save the world from the mysterious and evil ghost, Rowen, across six action-packed levels of gameplay. They can equip Abby with her Proton Blaster to activate her Charge Transfer ability to move electricity between conduits, and use her Intelligence Access ability for puzzle-solving.  The Story Pack unlocks “Rip,” a new Toy Pad mode allowing players to tear open an alternate universe. In this mirror world, players have the ability to solve puzzles and affect objects and other items in the primary universe. The pack also includes a 3-in-1 buildable Ecto-1 which can be rebuilt into the Ectozer and The PerfEcto, plus the Zhu’s Chinese Restaurant gateway build to customize the LEGO Toy Pad.  Abby Yates provides access to a new Ghostbusters Adventure World with its own unique Battle Arena. 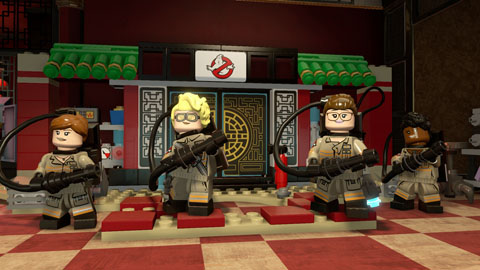 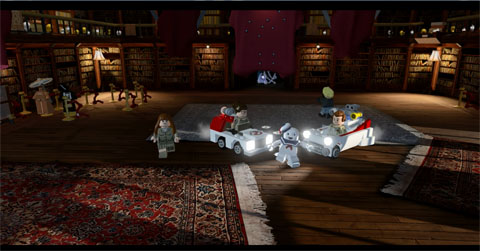 In the Adventure Time Level Pack, based on Cartoon Network’s animated series, players can help Finn the Human on his mission to find the Enchidrion and prove to Princess Bubblegum that he’s a hero.  Players can use one of Finn’s many special swords to cut vines, grapple, and even deflect lasers as they battle foes and travel through the Forest of Mount Cragdor, the Dark Magician’s Brain World and more in this exclusive game level. The pack also comes with a 3-in-1 buildable Jakemobile which can be rebuilt into Snail Dude Jake and Hover Jake. The 3-in-1 buildable Ancient War Elephant can be rebuilt into the Cosmic Squid and Psychic Submarine to blast through enemies and tackle trickier puzzles. Players can unlock the Adventure Time Adventure World and challenge friends in the Pillow World Battle Arena. 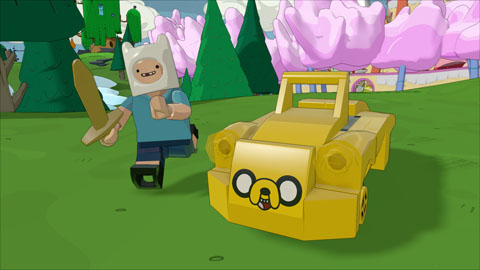 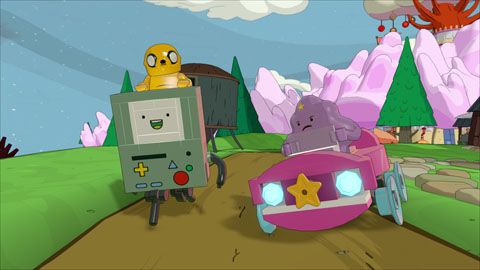 Fans of “Land of Ooo” can also add the Adventure Time Team Pack with Lumpy Space Princess and Jake the Dog.  When players need to take off in a hurry, they can jump into Lumpy Car or have BMO give them a lift.  Lumpy Car can be rebuilt into Lumpy Truck and Lumpy Land Whale, and BMO can be rebuilt into DOGMO and SNAKEMO. The Adventure Time Battle Arena offers extra-awesome abilities like Slurp Access, Grapple Swing and Shape Shift.

In the Mission Impossible Level Pack, secret agent Ethan Hunt is being framed for the theft of highly classified materials from IMF and needs help to find the true villain.  Players must infiltrate their way through the American Embassy, CIA Headquarters and more in this thrilling game level. Players can use Ethan’s Camera Spectacles for the perfect disguise and wear the Magno Gloves to sneak up walls.  For a quick escape, players can hop onto the IMF Scrambler or IMF Sport Car, and then rebuild the 3-in-1 vehicles into the ShockCycle and IMF Covert Jet, and the IMF Tank and The IMF-Splorer to access a host of new super-spy abilities.  Ethan provides access to a Mission Impossible Adventure World with its own unique Battle Arena.

Harry Potter fans can bring the wizarding world to life in LEGO Dimensions with the Harry Potter Team Pack featuring the iconic duo of Harry Potter and Lord Voldemort.  Players can use Harry to cast magical spells such as Wingardium Leviosa, Stupefy, and Expelliarmus to solve puzzles and fight off Death Eaters, or play as Lord Voldemort for access to Dark magic. When travelling across the Adventure World, players can jump onto the Hogwarts Express or Enchanted Car, and then rebuild the 3-in-1 vehicles into the Steam Warrior and Soaring Steam Plane, and the Shark Sub and Monstrous Mouth for special attacks and super weapons.  Players can unlock the Harry Potter Adventure World and bring the fight between good and evil into the Battle Arena. 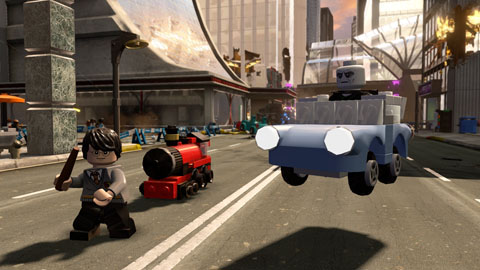 With The A-Team Fun Pack, players can smash their way through the LEGO multiverse with the classic action hero, B.A. Baracus.  Players can add the mohawk-sporting mechanical genius to their mash-up adventure and use his Super Strength and Fix-It abilities, or activate his special A-Team Master Build and Laser Redirect skills for those harder-to-solve puzzles. B.A.’s Van can quickly get him where he’s needed most, then be rebuilt it into the Fool Smasher and, if B.A. can overcome his fear of flying, rebuilt again into The Pain Plane for upgraded powers in the game. B.A. provides access to The A-Team Adventure World with its own unique Battle Arena. 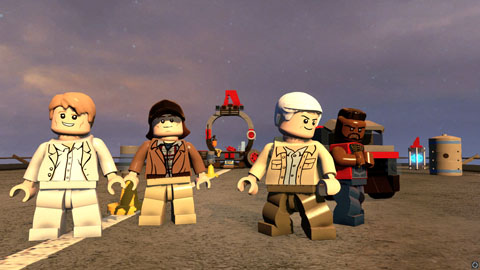 Developed by TT Games and published by Warner Bros. Interactive Entertainment, LEGO DIMENSIONS is now available for PlayStation®4 and PlayStation®3 computer entertainment systems, Xbox One, Xbox 360, and the Wii U™ system.