LEGO Is Ready For The Last Jedi 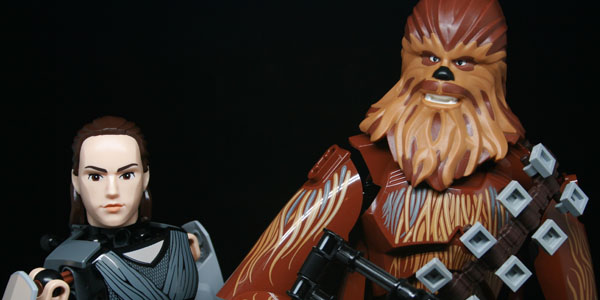 Force Friday was full of new Star Wars toys, and LEGO was part of the big event this weekend. There were many sets based on the new movie but the buildable figures were the only to make it home with me.

The lack of Luke in the first wave of the Last Jedi sets was disappointing, and since most of the sets were pretty big in both size and price, I took home the LEGO buildable figures of Rey and Chewie. Being an action figure collector these scratch an itch, mixing the posable figures with Technic parts. 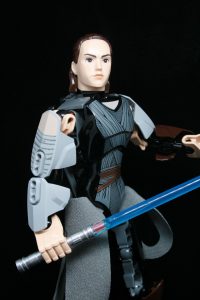 Rey stands shorter than Chewie, keeping up with the scale of the real life characters. There is not a lot to build here with only 85 pieces, but she is a nice action figure with lightsaber and pistol. Costumed in her Jedi training look, with a cloth lower tunic and painted chest piece, she also has an action feature. A wheel on her back can be turned to do a lightsaber slashing motion. With the low part count this only adds to the value of figure.

Chewbacca stands a good head taller than Rey, with a lot more detailing to his parts and more than double the piece count. All his outer parts have fur painted on on them to match the look of the Wookie on screen. He comes with his signature bandolier, but it is missing it rear strap, which was a spare part in the box for me. It could have been part of the design, but is missing dropping him down only slightly.

Rey has a much better overall look, which once you turn Chewie around he looks a little plain, and unfinished. There is also the matter of the strange part placement on the Wookie. As I was putting him together I saw they used a pointed Technic part at the waist, and while I know what they were doing I can’t help but wonder if this figure will make it on to the lists of “what were they thinking” some day.

These are some fun figures for kids and adults waiting for The Last Jedi to make it theaters. With the higher part count Chewie is about $10 more than Rey and the other figures for this wave. 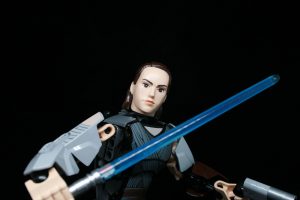 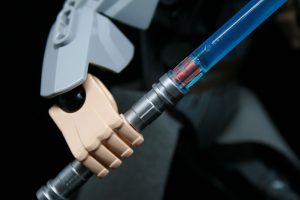 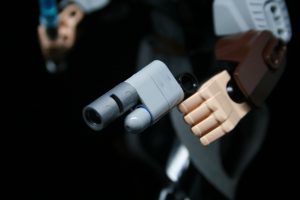 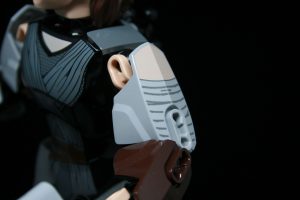 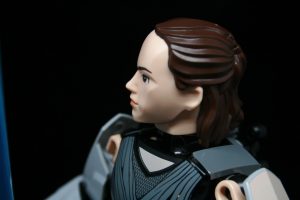 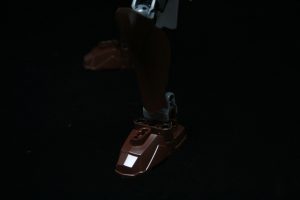 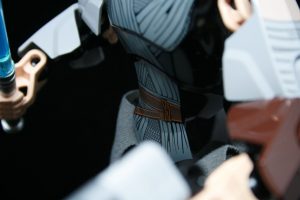 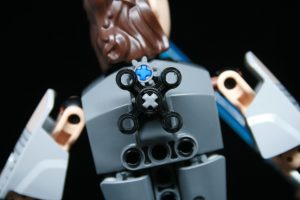 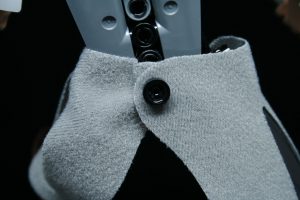 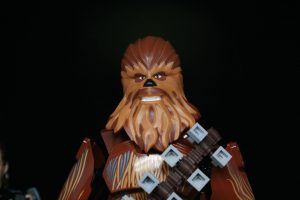 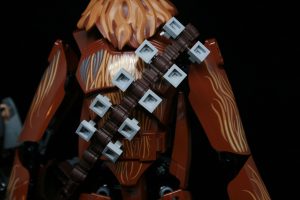 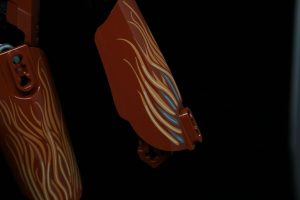 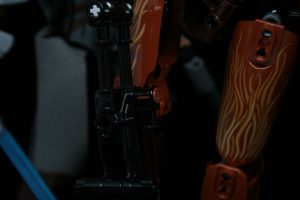 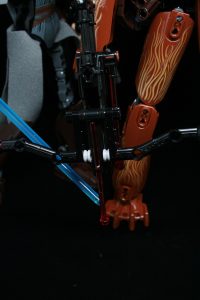 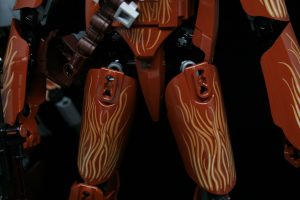 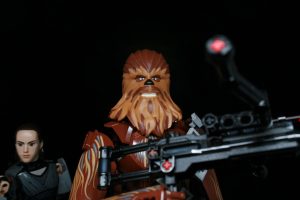 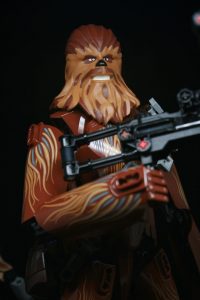 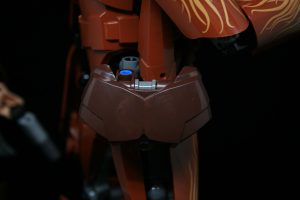 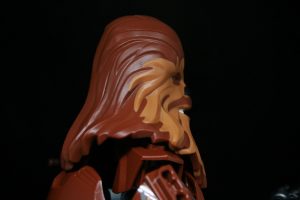 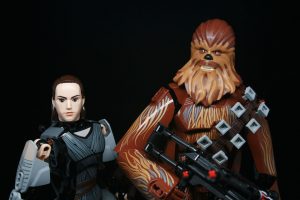