The Battlefor the galaxy is going to get bigger! 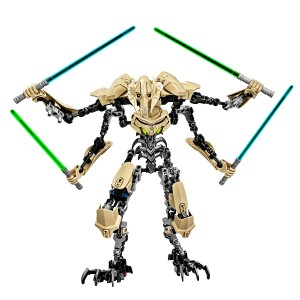 The six sets are Darth Vader, Luke Skywalker Jedi Knight, General Grevious, Obi-Wan Kenobi Jango Fett and Commander Cody. The last four will be unveiled at Star Wars Celebration and all six models will be on display.  Prices range from $19.99 to $34.99 and will be available in September 2015.