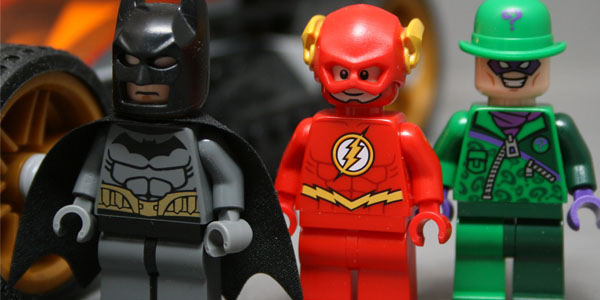 The first DC set of 2014, The Riddler Chase, adds another Justice League member to the DC universe of Lego sets.

The second Super Hero set of 2014 includes a new version of the Riddler, the Flash and Batman, and two vehicle builds.

The minifigures are once again the major draw of the set. The Batman is based on his New 52 look, and is a nice overall figure, but nothing new. The Riddler is updates from his Fun House look. He has a punk style jacket with two toned green suit. It looks like something out of the Batman Forever world, but is a welcome update to the character. The real draw of the set is another Justice League hero, the Flash. The flash is in his classic Barry Allen costume, with removable helmet and two sided face. The character’s colors stand out next to all the other heroes in the line. The only thing that is missing is his yellow boots. Some collectors who are lucky enough to have gotten the SDCC Spiderwoman have swapped the bottom limbs giving him a more comic accurate look. Boots aside it is nice to see the JLA growing. 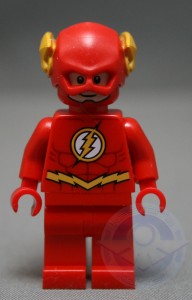 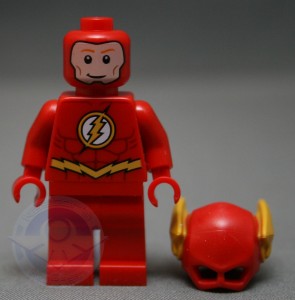 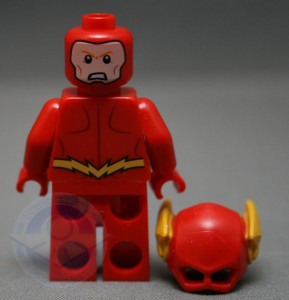 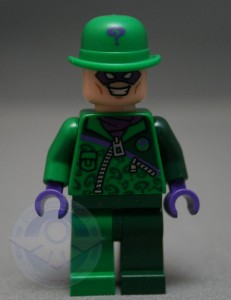 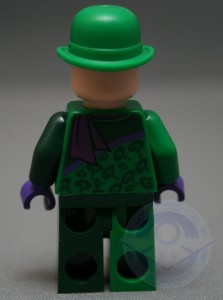 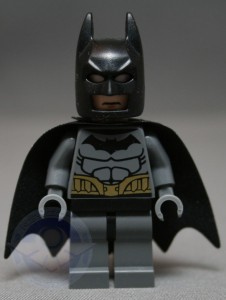 The major build of the set is a new Batmobile. The classic vehicle has been given an update, with rear missile launchers and a sleeker look. The car does not have a hinged canopy, instead the whole piece is removed to insert the figure. The only issue with the cockpit of the car is the room for the cape. While it is nice to have these soft goods capes they don’t fold very well, and it can be difficult to wedge the figure into the car without permanently bending the cape. The other vehicle in the set is the Riddler Dragster. There is not a lot to the vehicle, but the green color makes it stand out in the darker tones of the DC comics line. 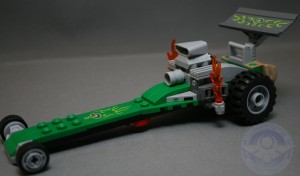 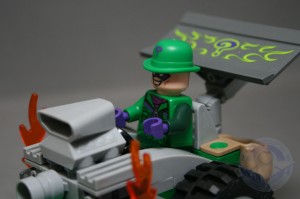 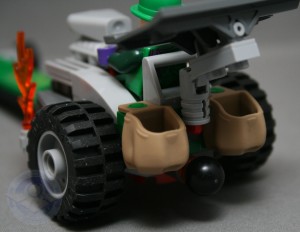 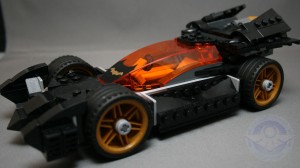 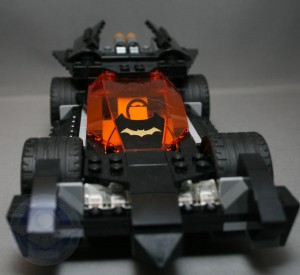 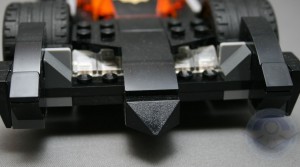 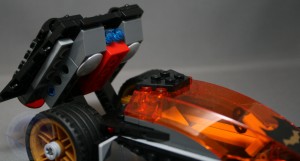 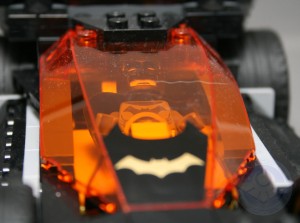 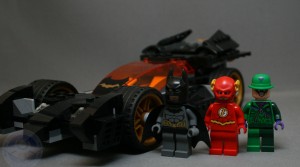 This is one set every DC fans should own, and again it is a moderate price for 3 figures and two new vehicles. So head over to Amazon to get your set today before the prices rise.