Chima’s Lennox Is On The Attack 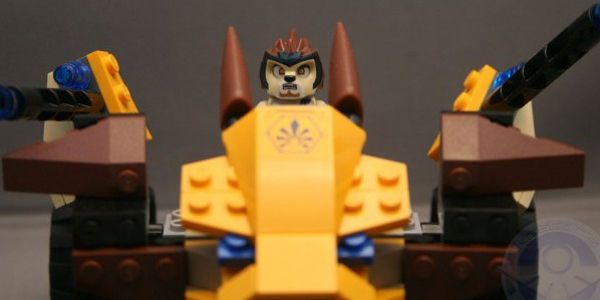 Lennox of the lion tribe roars into the world of Lego Chima with his own vehicle. 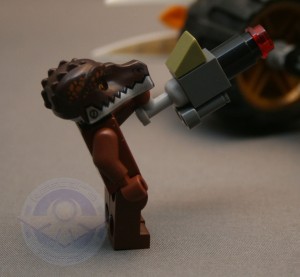 The Lennox Lion Attack set includes one build and two minifigures. A smaller version of Wakz Wolf Tracker, it’s a small off road vehicle that packs a lot of fire power. Lennox’s vehicle resembles a lion thanks to some creative brick placement. The weapons include a center disc shooter, side lasers, and side missiles. The discs are fired out of the lions mouth at the head. The wheels are also armed with claws in the front. It may be small but this is a formidable vehicle!

The two minifigures come from the lion and crocodile factions of Chima. Lennox differs from Leonidas in both torso details and expression, with a much more “ready to fight” look. The other minifigure is Crug, who could fill in for Jaws in a James Bond film. Crug has a lower metal jaw, and the head under the mask matches the metal jaw. Crug also has a small gun that is built from a few small pieces.

This is a nice small set helping to build two of the four factions of Chima. 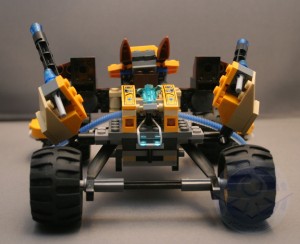 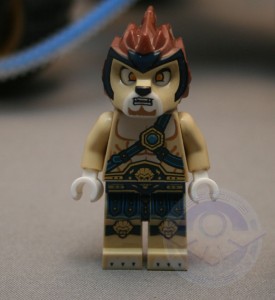 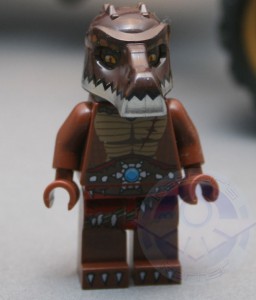 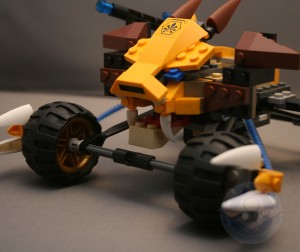 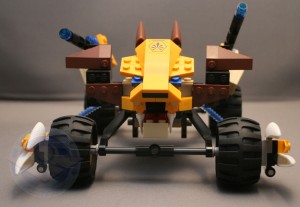 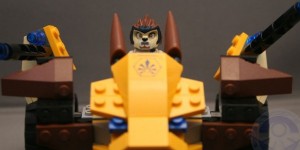