In the last two weeks, Warner Bros has released over a dozen new posters and promo banners for The Dark Knight Rises, and they really run the gamut from bad to awesome.  Just for fun, we’re ranking the posters in order from the worst to the best… check it out and let us know if you agree! 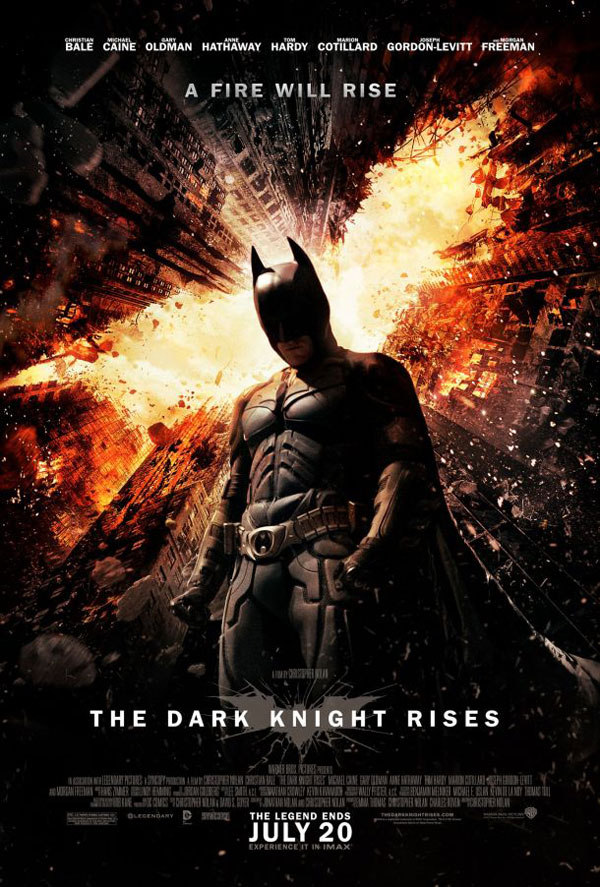 The first new poster was the final one-sheet, and it’s pretty bad. Basically all we get here is Batman, photoshopped on top of the previous teaser poster, and it’s got that lazy, photoshopped quality that’s too common in modern posters. I have a bad feeling the eventual DVD box art will be similarly lame. 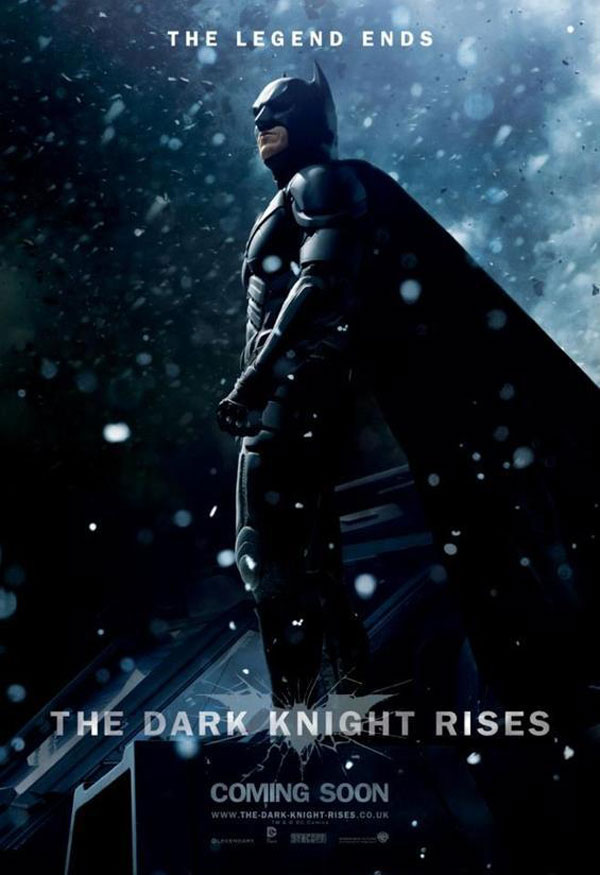 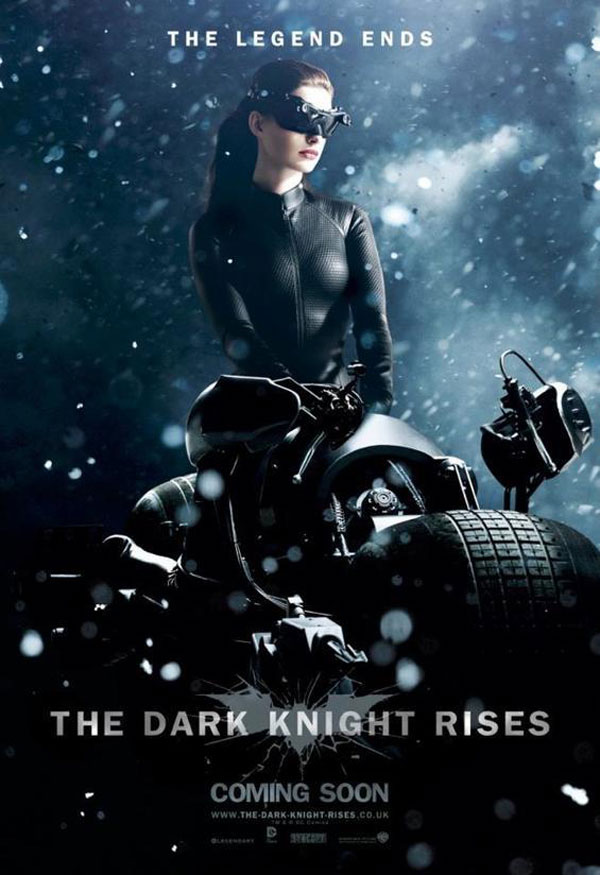 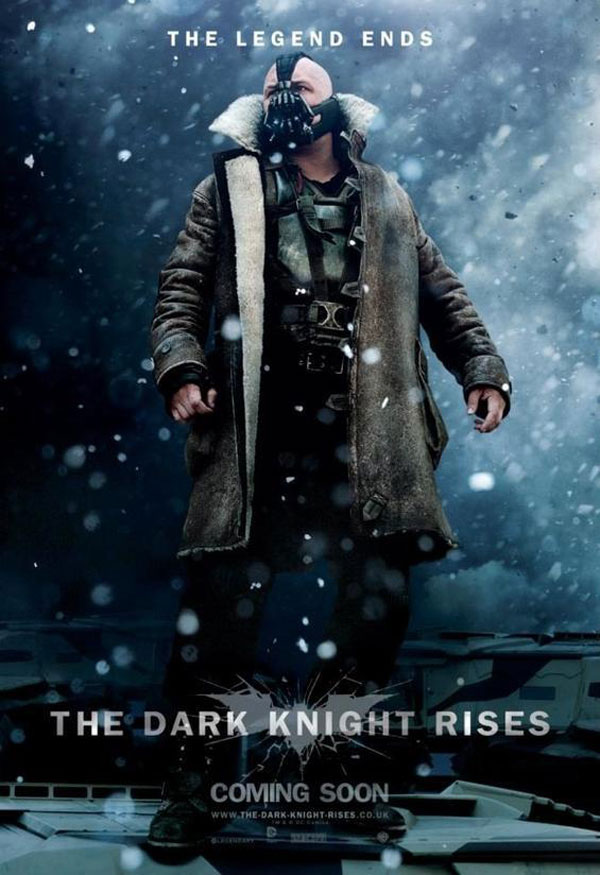 Released just a few days later were the international character one-sheets. We get Bats, Catwoman and Bane all standing in a snowstorm. They’re nowhere near as bad as the one sheet, but they really seem to showcase the not-terribly-exciting designs of the characters, and don’t offer much else. 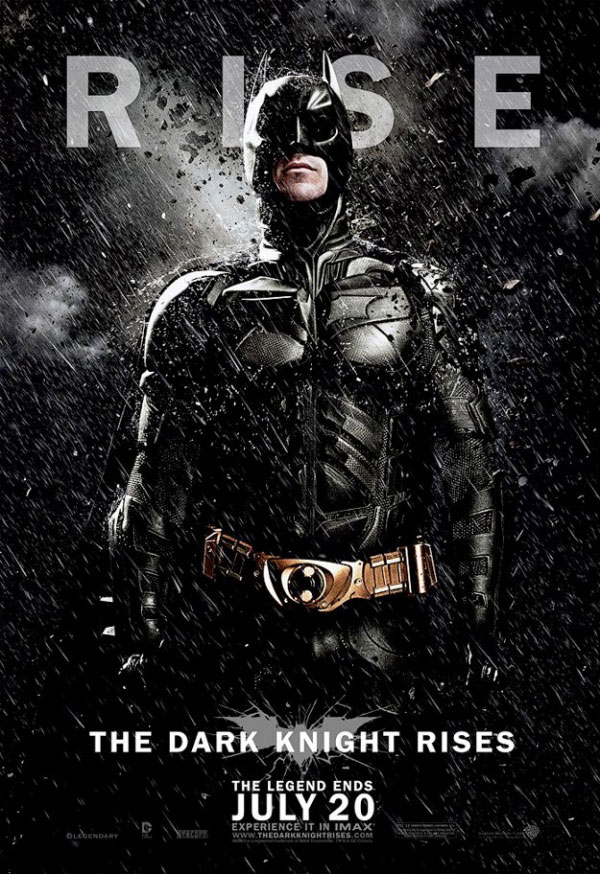 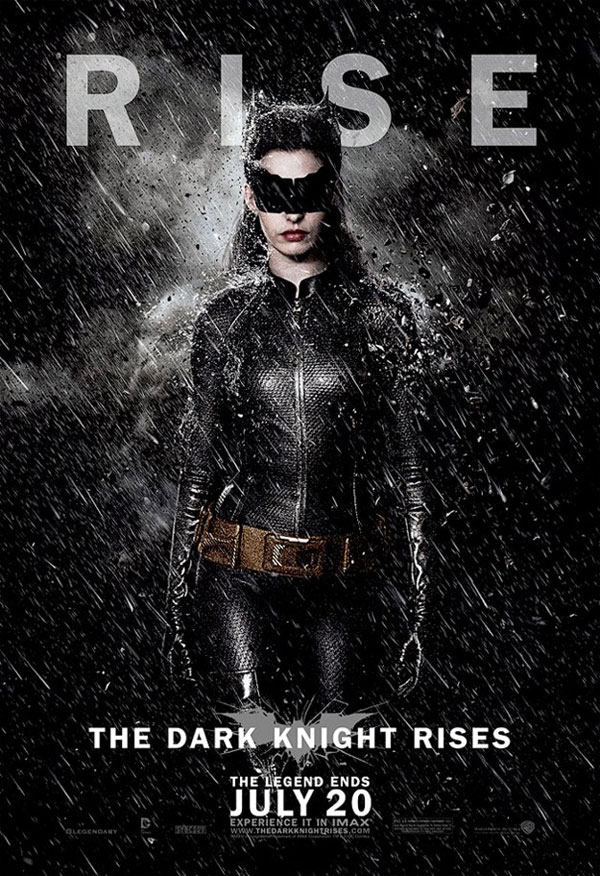 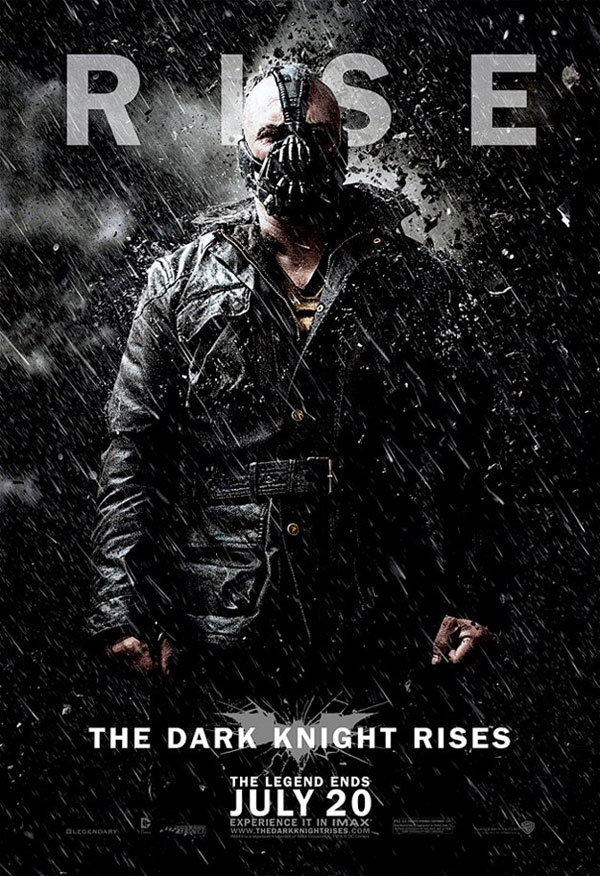 The domestic character posters were revealed around the same time, and I think by and large they look much better than the internationals. While we still really only get static shots of the three main players, the lighting and the simple “RISE” tagline look much more striking to me. The only real issue with these posters is the excess rain/ flying stuff surrounding the characters which makes each image unnecessarily busy-looking. However this flying stuff does harken back to the crumbling Gotham imagery used in the great first teaser poster, so it works fairly well here.

My favorite promo pieces were these horizontal banners, which were the most recent debuts. I think these banners convey a much more cinematic feel than any of the previous posters, and the Batman and Bane shots with their armies are one of the first signs of real energy and life I’ve seen from this movie. The last shot above as Batman and his latest nemesis square off is completely awesome, and really has me getting excited to see how Chris Nolan concludes his Bat-trilogy.

We’re about to go into marketing overload with The Dark Knight Rises, and hopefully Warner will direct the look and feel of future advertising to look as exciting, cinematic and visceral as these banners. It’s going to be an absolute uphill for the traditionally-somber Nolan movie to match the excitement and energy of The Avengers, and if they’re going to sell DKR as a movie that stands shoulder to shoulder with Marvel’s masterpiece, they need to keep this kind of energy building.