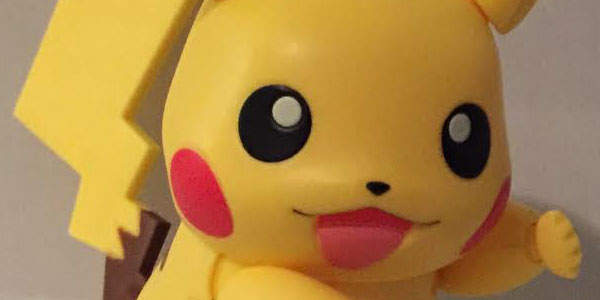 What better way to celebrate Pokemon’s 20th Anniversary then with the release of one of it’s most recognized characters–the one the only Pikachu.

Pokemon (or Pocket Monsters in Japan) was introduced as two Nintendo Gameboy Games in 1996. The original games had 151 different kinds of Pokemon to collect, and one of them was the extremely cute Pikachu. Pikachu’s rise to fame was due to him being the main partner of Ash Ketchem on the hit (and still ongoing) cartoon Pokemon.

Years ago S.H. Figuarts (Bandai/Tamashii Nations) made a few other first generation Pokemon released under the D-Arts banner with Charizard, Venusaur, Blastoise, and Mew-Two, most of which now fetch a very high resale price on the secondary market. 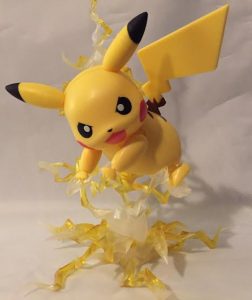 Pikachu is a very adorable figure. He comes with two face plates that you can swap to make his expressions, and two sets of paws. Pikachu’s articulation is not like the normal S.H. Figuarts. His feet are very small and you will need to balance him using the tail, which is also articulated to help with poses. His shoulders and arms have a cross body articulation that can allow you to make his hands do cute looking gestures. If you can get the Tamashii Yellow Lighting Effect you can add to the fun of this figure using his angry expression,

As a new release Pikachu costs about $45-$55 dollars depending on where you purchase him. This was not an American release so you will have to get him from one of the Japanese retailers.

I love this figure and my daughters do as well. The Q family gives Pikachu a 8.4/10. 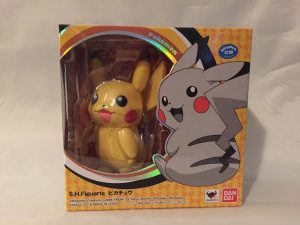 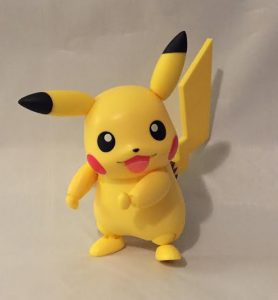 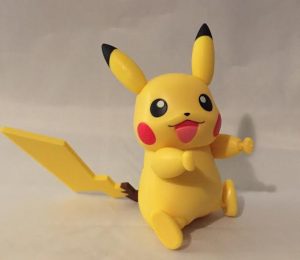 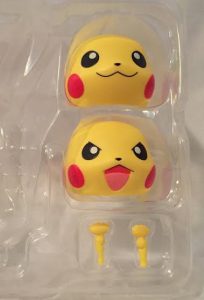 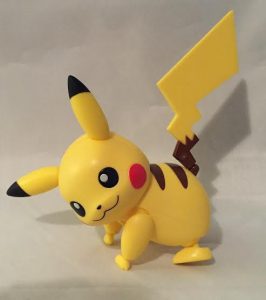 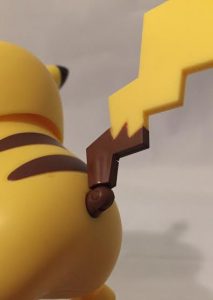 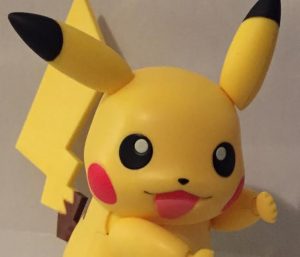