Here Is The Lineup For Walking Dead Series 6 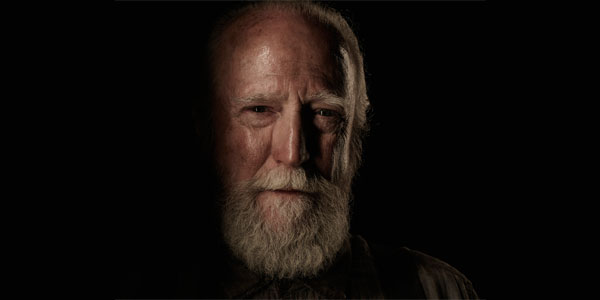 McFarlane Toy’s store lets the cat out of the bag before Toy Fair.

I just got the fifth series of McFarlane Toys’ Walking Dead figures, and they’re another great set of figures based on the wildly popular TV show.  While I buy time before taking my review photos, I figured I’d bring to light what we’ll see in Series 6, due later this year.

There had been rumors of this lineup for a few weeks, but no confirmation… While this technically STILL isn’t a 100% guarantee, McFarlaneToysStore.com has listed the new lineup and it features the following:

That’s not a bad mix!  I’m really glad to see Hershel actually getting the toy treatment (old guy, possibly one legged isn’t the most retail-friendly sell), but he’s been one of the few shining stars on the series as far as I’m concerned.  The same goes for Carol, who has evolved from an annoyance to a fan favorite… just in time for Rick to kick her out of the club.  But now I’ll get to retcon her back into the gaggle of survivors in plastic form, so yay!

We haven’t met Abraham yet in the show, but he was a great addition to the cast in the comics, so if the TV version follows suit, he’s another great add.  And we haven’t seen a Rick in the current (better) design of the later series figures, so whatever outfit they choose for him, he’ll make for a good update.

I think the Bungie Guts Zombie will be another statue, much like the Series 5 Charred Zombie.  He’s probably based off the grocery store raid gone wrong in the Season 4 premiere “30 Days Without an Accident.”  He’ll look gross and kind of interesting, for sure, but also very much in line with McFarlane’s proclivity for dangling grotesques.  I’m sure I’ll wind up picking him up, but I have to say I’ve been far more interested in the humans as opposed to the zombies, which seems like words I wouldn’t be writing when I stop and consider it.

I’m sure we’ll see these figures on display at Toy Fair this weekend, along with a few more surprises.  I’m hoping we get more details on the mysterious Shane figure that’s been listed on a few websites.  I was always #TeamShane, so I’d love to see my guy finally get a proper toy treatment.