Link Is Not Zelda…. 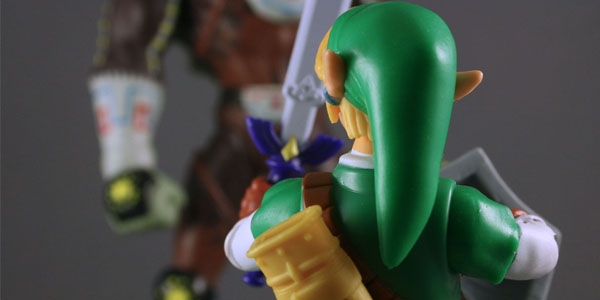 The Legend of Zelda: Ocarina of Time is one of my all time favorite game and Jakks’s line of figures is brining me one step close to the main cast of the game.

The World of Nintendo line from Jakks have been producing some great Mario figures, and in the most recent waves they added characters from The Legend of Zelda: Ocarina of Time. While I played the early games in the original Nintendo and Super Nintendo games, this might be my first real obsession with a game. I had to get everything from top to bottom and I went through this game multiple times.

I already have a Link figure, the Figma version, but the first version of Link in the WoN line was too small compared, so I skipped it. The line is now diving into the world of The Ocarina of Time, and the figures on model with the original game. He is just cartoony enough to make him feel like the old Link I knew from the game. He has a good amount of articulation, making it easy to pose him, but this figure also has more than normal amount of loose joints. He comes with the Master Sword and Hyrule Shield, both are iconic and perfectly in scale with the figure. Along with Link, Sheik makes her first figure appearance in a figure line. She seems a little small for the line, but I wonder if that has to do with the figure packaging or just a production error. We will see when Princess Zelda comes out this year and compare sizes, they are after all the same person in different cloths. Sheik comes with her lyre, which is difficult for her to hold unless you have her in one pose. She has less articulation than Link, which is surprising considering in the game she is a badass ninja warrior. I know this is a lower end box store line, but with all the non-articulated characters in the line they should have given her some better tooling around the hips and waist.

Overall for the price point these are great figures, I only hope we get a proper Ganon, until then my old one will have to do. 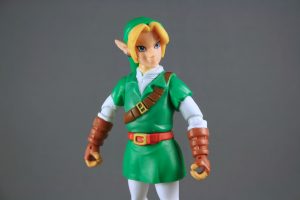 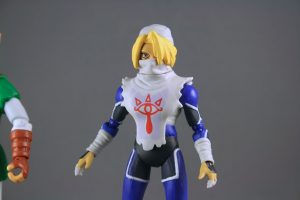 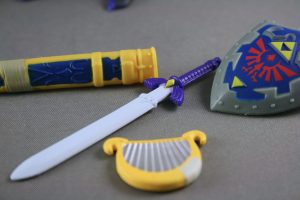 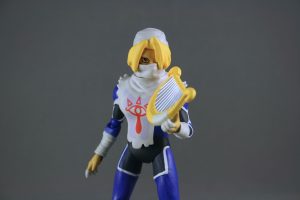 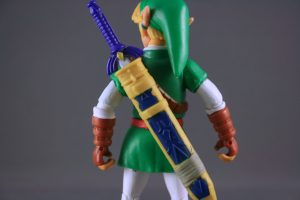 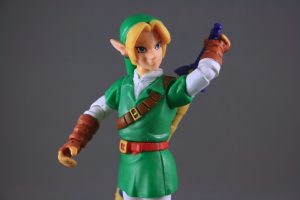 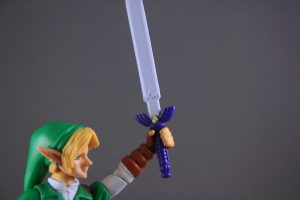 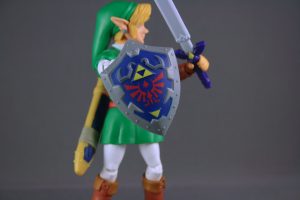 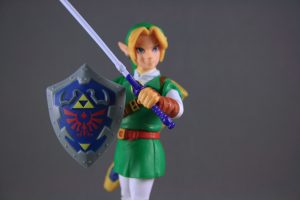