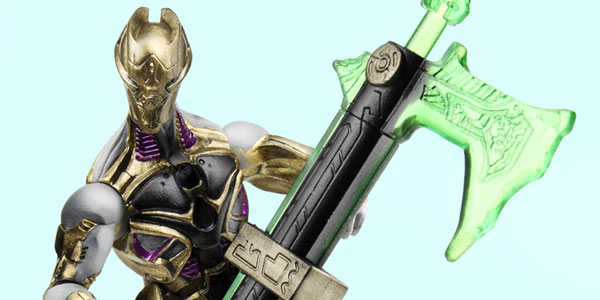 We’ve know for a while now that Loki’s alien army would be getting the toy treatment in Hasbro’s The Avengers movie series. Buzz around Toy Fair back in February seemed to suggest we’d see at least two soldier figures– a single-pack and a deluxe version– to troop build the forces of the sinister God of Lies in his campaign against Earth’s mightiest heroes. Now those rumors have been confirmed… along with the long-lived question of what kind of aliens these guys actually are.

Cool Toy Review revealed late last week Hasbro product shots of a pair of alien army troop builders for the 3.75″ Avengers movie line. Based on the images’ titles, it seems that as earlier rumors indicated we will see a single-carded Chitauri soldier and a deluxe “Mission Pack” Chitauri with a flying chariot vehicle. 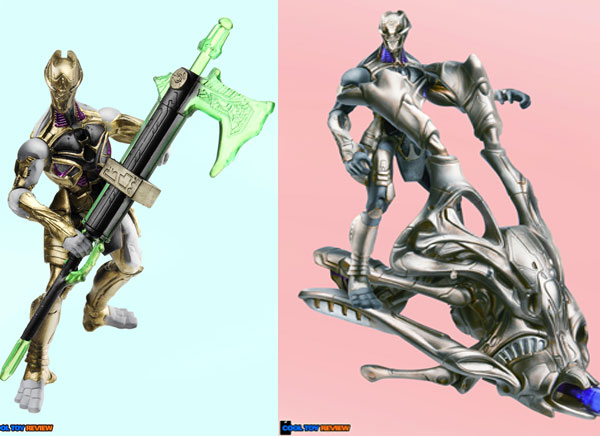 Oh, yea– in case you hadn’t heard, Joss Whedon confirmed last week that the aliens in The Avengers are in fact the Chitauri (AKA the Ultimate universe re-imagining of The Skrulls).  Here’s what Whedon had to say:

“The alien race are the Chitauri — or a version of them — because they are not one of the key races and they don’t have a storied history. That wasn’t the point. I know this debate will go on long after I’m dead. I would say it was the Kree-Skrull race.”

I find it both disappointing and hilarious that Whedon and the Avengers movie team didn’t seem to have planned for this long-standing mystery… it wasn’t part of their overall marketing strategy, or something they were actively keeping a big JJ Abrams-esque secret. Nope, it turns out it was just a non-issue that didn’t merit being addressed, which had since caught fire in the imaginations of countless fans online, and gotten a little out of hand.

So with less than two weeks until the movie hits theaters, the alien rumors have finally been put to bed. All that remains to be seen now– at least in regards to the toy line– in whether the Chitauri figures will see mass retail or fall victim to the glut of launch wave figures gumming up shelves, like we saw with the Iron Man 2 and Thor movie lines.

I’m betting the single-carded guy will start showing up shortly after the movie, along with his series-mates Hawkeye and Black Widow. The deluxe one?  Ehhhh… notsomuch. Considering I haven’t seen a single one of the lame Cap or Iron-Man Wave One deluxe figures move since they released two month ago, I’d bet this Series Two figure will be pretty tough to come by.