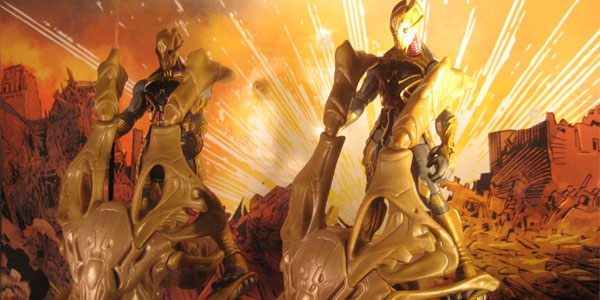 Until now, Loki has been the only cinematic Marvel villain in The Avengers series, but his army of Chitauri warriors are just starting to hit retail, allowing collectors to amass the invading army in toy form.  While the Chitauri will see several releases, including single figures this Fall, the first to hit has been the Chitauri with Cosmic Chariot, a deluxe set featuring an alien warrior and his flying chariot. 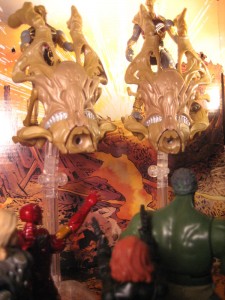 Both the Chitauri warrior and his vehicle are entirely new sculpts, and both look totally accurate to their on-screen appearances. From the ash grey skin to the gold and black armor, this masked warrior looks plenty imposing, appropriately standing a full head or more above the Avengers figures. While the sculpt looks great, packed with detail, the figure does suffer from some articulation cuts– this Chitauri has no elbow or knee articulation at all, leaving him quite straight-legged. Factoring in the entire line’s lack of torso articulation, the alien invader doesn’t have many posing options, despite the decent ball shoulders and hips.  It doesn’t hurt this version too badly, since he looks fine standing on his flying chariot, but I’m a bit concerned that the single-packed Chitauri will suffer way worse from the dialed back posability.

The chariot itself looks awesome, with the same slightly gladiator-like design seen in the movie. The figure stands on two movable foot pads, each with a peg hole to hold the rider in place. There are no handles for the rider to hold, but the top of the chariot includes two wing-like covers which lay on top of the Chitauri’s shoulders. Truth be told I’d have to see the movie again to remember how true to the design this is, but the figure does hold in place well just using the foot pads. 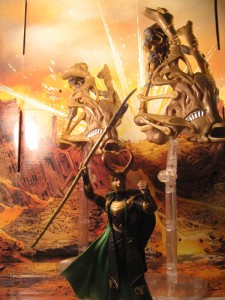 The chariot includes a missile launched in its base, which is pretty standard fare for this line, however the hole for the missile serves another, much cooler purpose– it’s the perfect size to plug in a flight stand from any of your Toy Biz Marvel Legends! I was impressed by how easy it was to clip the flight stand in place and get the Chariot to balance in mid-flight, and the result looks totally awesome.

Like much of The Avengers line, the sculpting on this set is top-notch, but the lost articulation on the figure is as frustrating as always, especially since, like last year’s Heimdall figure from the Thor deluxe series, the prototype shown on the package has way more moving parts than the final figure.  Like I said, the cheapness of the figure in this set is offset by the awesome vehicle, so the set still feels like a great value at under $15… but I’m still concerned that the single Chitauri will feel like a total ripoff unless Hasbro managed to restore his missing articulation.

The Chitauri Cosmic Chariot has started showing up at Wal-Mart stores now, and Hasbro Toy Shop has the set in stock for preorder. If you’re tired of seeing Loki all alone on your shelf, Click Here and start your army now! 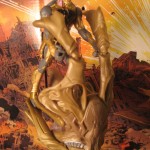 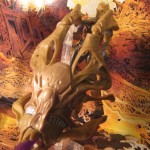 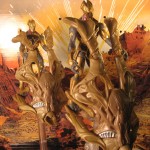 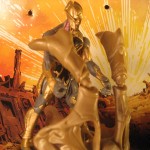 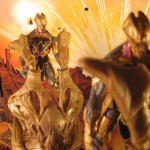 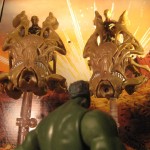 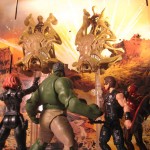 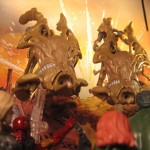 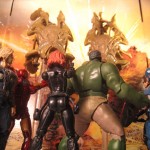 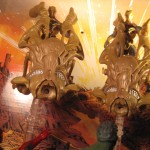 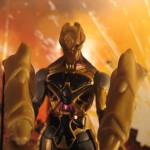 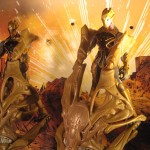 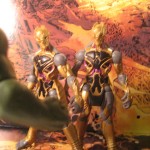 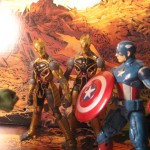 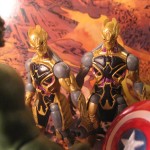 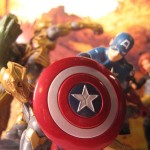 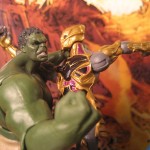 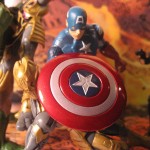 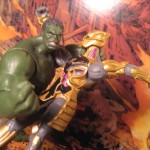