Loo-Kee & Kowl Are a Little Short on MOTU Magic 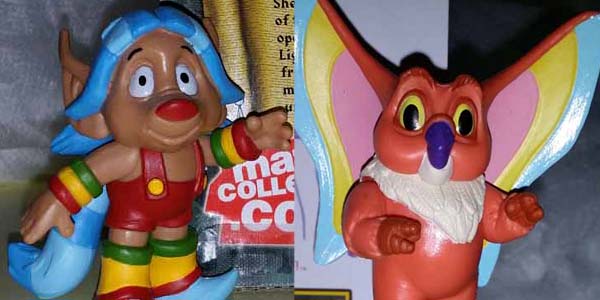 The 2014 Matty Collector chase figures, Loo-Kee & Kowl round out April for Masters of the Universe Classics, and this set comes off as a bit of a mixed bag.

What a diverse group of characters we got in April’s MOTUC offering, combing the mythos of She-Ra, the Golden Books, and the start of the movie faction! While each figure has their own sets of limitations and weaknesses individually, together they represent what makes collecting this line truly special, and Loo-Kee and Kowl are no different.

If not for the importance of these characters and two very strong sculpts, this 2-pack is not worth $20. That would qualify as an after-market eBay cash grab, and Mattel is eliminating the middle-man here. Kowl is not new, other than a palette swap of the one included in his Weapons pack last October minus one deco hit. Loo-Kee, to his credit, was faithfully painted nicely. The thing to look out for is badly-applied pupils on both characters, as they make or break the figures’ already shaky execution. One is bad enough, but you have to be lucky enough to have both come out unscathed. Kowl was given the flight stand sorely lacking with both Shokoti’s darkling and the first Kowl, but without articulation, he appears to be standing in mid-air rather than flying. Seeing Imp’s SDCC reveal and in the series, it can be argued that Kowl should be 2/3 of his sculpted height. Thankfully, he isn’t vintage toy scale. Loo-Kee is appropriately small as well, but his head appears a bit too big, like it has the forced perspective scale when Loo-Kee leans in to address the viewers at home.

Again, I can rationalize any scale issues to “not being vintage toy scale”. Kowl also shares a fate with Loo-Kee with zero leg, wrist, elbow, or ball-shoulder articulation. Somehow, Orko’s arms are more articulated than these two as a whole figure. Having the vintage toy articulation is pretty unforgivable in this line, but that it can be seen on Orko and Broom is even more disappointing. Kowl needed ball neck, ear (think Zoar’s wings), v-crotch (the ONE time it applies), wrist, ball-shoulder, and maybe the flip-panel chest. Loo-Kee has neck, shoulder swivel, and tail swivel, but his head size ruins some of it. With neither wrist nor ball-shoulder articulation, and his hands at his sides, Loo-Kee can’t even wave hello properly. That’s strikes one, two, and two-and-a-half right there. He can’t put his arms up, hang on anything, sit, and do anything to make him fun/in-character. With his hooked boots, he can hang upside-down where appropriate! I know I live in a world where Batman toys don’t get true articulation, so maybe I should pick my battles better, but as a con-seel (sp?), Loo-Kee is losing a ton of his magic. I wish these characters didn’t evoke “after-thought”, as well-sculpted and on-model as they are… I am glad we have them, albeit with unrealized potential.

The Loo-Kee & Kowl 2-pack is showing what they lack, rather than what they have: For $20, Loo-Kee was the only new piece, and neither of them have the articulation or numerous deco hits warranting this price tag. But with every reason to justify not purchasing them, you have to admire their strong sculpts, that the little details they did receive.  Loo-Kee and Kowl, while comparatively limited, are essential to own and will diversify She-Ra’s stable of allies beautifully. 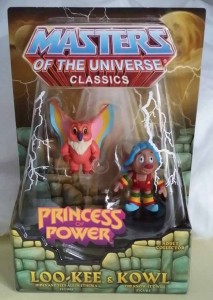 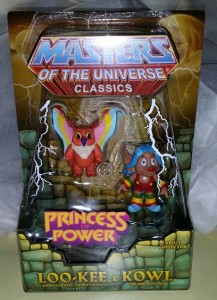 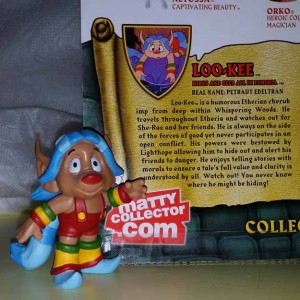 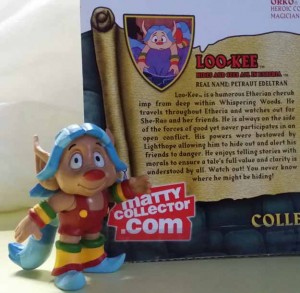 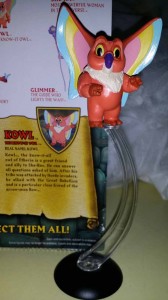 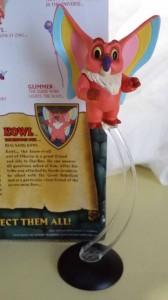 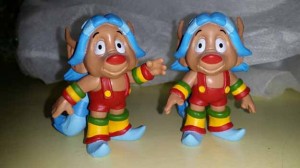 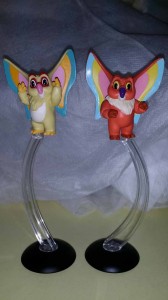 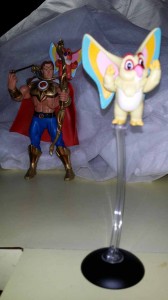