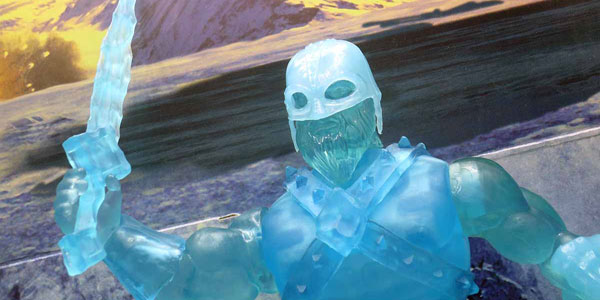 Funko’s latest vintage toy format is the classic MOTU influenced Savage World, which has tackled Mortal Kombat, Thundercats, and various 80s horror icons in that familiar, super muscular style made famous by He-Man and his friends and foes thirty years ago. But the next iteration of this mashup concept is Funko’s most ambitious yet– DC Primal Age, which reimagins the heroes and villains of the DC Universe as denizens of Eternia.

The whole lineup– ranging from action figures to steeds to ride to a Castle Grayskull-esque Batcave– is due to hit retail in November, but Funko and DC celebrated the upcoming release with a preview edition Mr. Freeze, which was given away as a freebie at New York Comic Con.

This “Ice Power” Mr. Freeze shares the same sculpt at the standard release, but is cast in translucent blue plastic, emulating his freezing powers. It’s a smart concept for a variant, and one hell of a Con giveaway, complete with blister card packaging and a metal collector’s coin packed in!

As for the figure itself, he’s pretty cool! Funko’s sculpt does a good job of emulating the bulk and heft of the vintage MOTU figures, while also providing some upgrades to that design, such as harder plastic for the head and ball joint hips replacing the brittle rubber band rig of the Mattel toys. Pretty much everything else is here, from the barrel chest to the super-muscular limbs, to the too-short legs. We don’t get a spring-action waist, nor a “thumbs up” pose in the hands, but overall this guy feels very authentic to the old school MOTU design, and he scales very well with those 80s toys.

Design-wise, I feel Mr. Freeze is one of the more successful Primal Age adaptations, mostly because he strays from his source material, while maintaining the core concept of the character. Freeze’s bald, blue head makes him recognizable, even with his swarthy new beard, and the crystal-like finish on his armor, loincloth and boots conveys the sense of ice that helps to easily identify this guy’s whole deal. The accessories also play into Freeze’s powers, with an ice shield, an ice sword, and a giant size claw that clips over the figure’s left hand. Rounding out the impressive amount of gear is a removable helmet, which lacks an ice texture but certainly looks of a world with other MOTU armor.

Your mileage may vary, but I find the most successful DC Primal Age figures are the lower-tier characters, such as Freeze or Scarecrow, who remind us of their DC counterparts, but are non-specific enough to still feel like beings that can exist in MOTU continuity, as well. Mr. Freeze can be Freeze, or just some random ice guy from Eternia. Batman or Wonder Woman are much more character-specific, making their presence in the MOTU style much more conspicuous.  I do feel the need to point out, the other character who splits the difference quite well is Green Lantern. While he’s certainly instantly identifiable as one of DC’s a-list heroes in the Primal Age style, he can double as the Green Lantern assigned to whatever Sector Eternia happens to be in, which is pretty awesome.

There’s been DC/ MOTU mashups in the past, from comic books to Mattel’s short-lived Classics two-packs. But Funko’s approach is the most inventive, and yields the most fun results. I don’t know that I’ll be a completist for this line overall, but the figures look fun, they’re well constructed, and they represent a big step up for Funko, thanks to the deluxe beasts and playsets, which are always a good thing.

Sadly, this version of Mr. Freeze was only available at NYCC, so you may have to resort to eBay to secure one, but you can order the rest of the line at Amazon now. 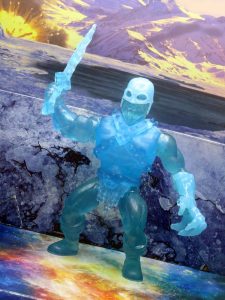 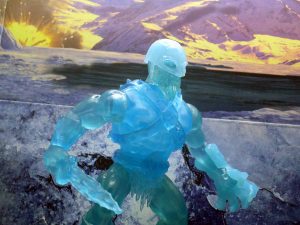 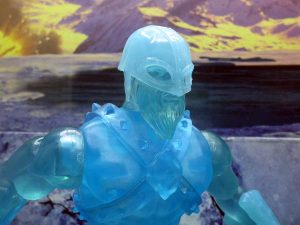 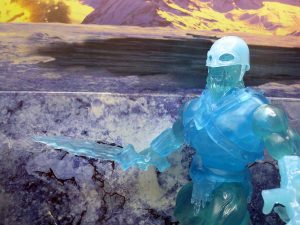 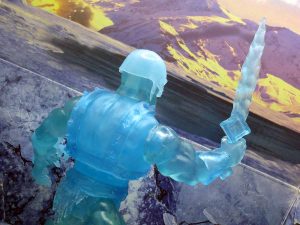 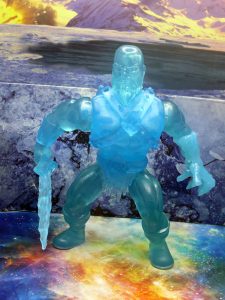 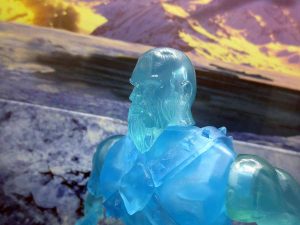 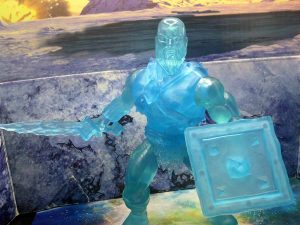 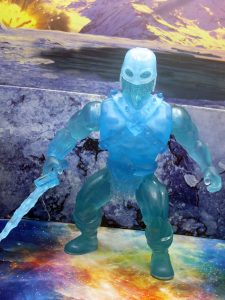