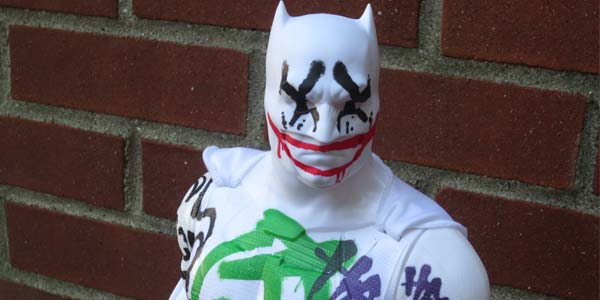 Batman gets tagged by his arch nemesis, and it makes another great Comic-Con exclusive from Jakks Pacific and Entertainment Earth.

As you’d expect, the Joker’s tags are manic and chaotic, and they cover a healthy majority of the 18″ figure’s surface.  Most of the art is applied in a spray paint style, which harkens back to both Robin’s vandalized costume (seen briefly in Batman v Superman), as well as the tattoos that adorn the body of Jared Leto’s Joker, who is set to make his debut in next month’s Suicide Squad.

From the “Hahaha” pattern which matches Joker’s shoulder tattoos, to the super hero-esque green “J” on Batman’s chest, this is a very striking action figure.  And of course, the Joker had to sign his “art,” in the form of both his name painted in red down Batman’s right leg, and a self-portrait of sorts adorning the hero’s white fabric cape.

The Joker’s Wild Batman has the cool sensibility of a high end designer toy, but Jakks and Entertainment Earth have managed to make him available to a much larger audience than a smaller, art toy company would be able to do.  He’s a striking and visually interesting addition to any Batman OR Joker collection… and his open window box packaging– adorned with an appropriately grimy Gotham City brick pattern and more graffiti– compliments the figure perfectly.

If you want to add The Joker’s Wild Batman to your collection, you can pick him up at the Entertainment Earth booth at Comic-Con (#2343), or order him from EntertainmentEarth.com right here. 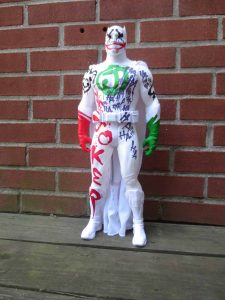 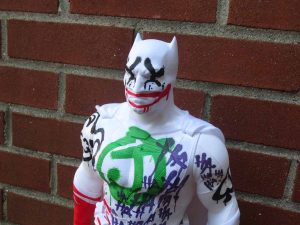 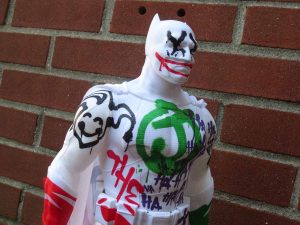 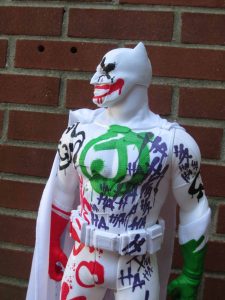 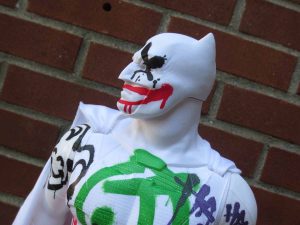 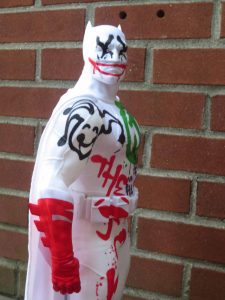 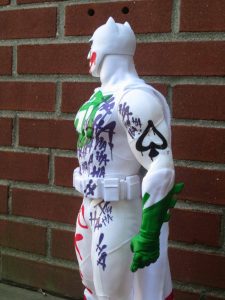 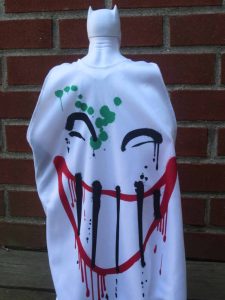 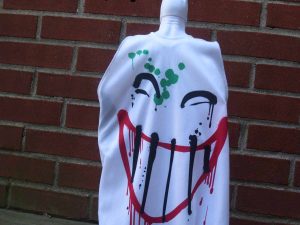 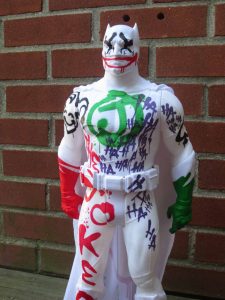 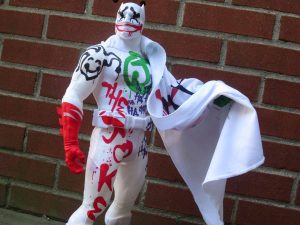 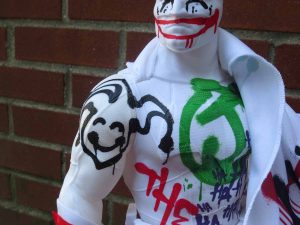 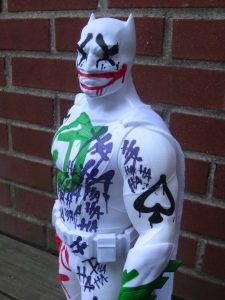 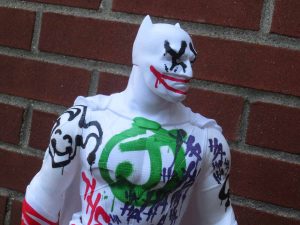 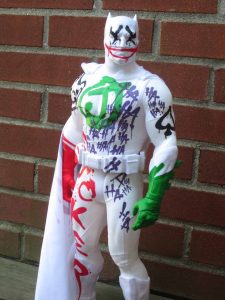 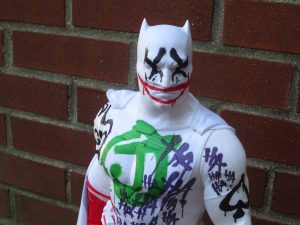 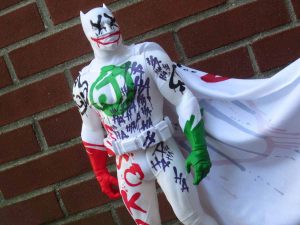 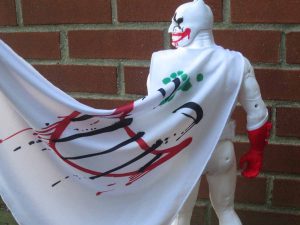 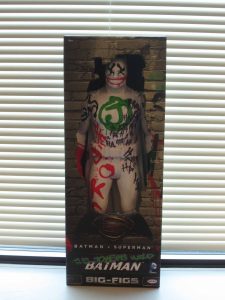 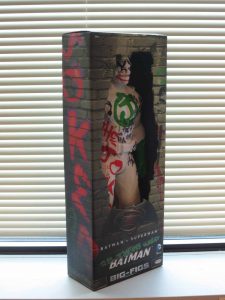 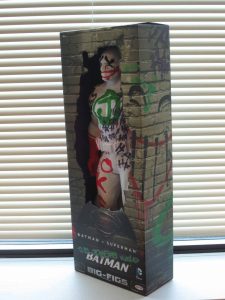 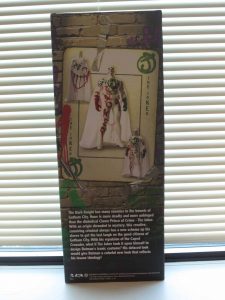 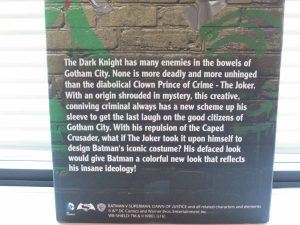 Thanks again to Jakks for giving us the chance to review this awesome and totally unique Batman Big Fig!