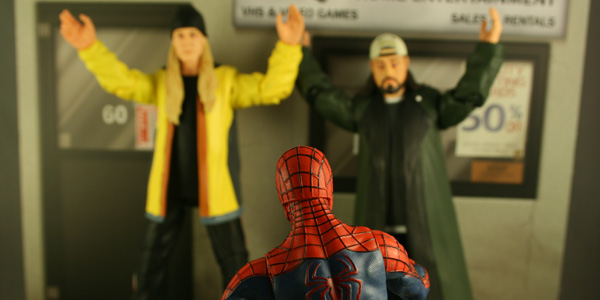 The duo born in Clerks finally has some posable figures, making it just in time for Christmas. Check out our first look at Jay and Silent Bob from Diamond Select Toys.

Kevin Smith and Jay Mewes have been playing these characters since the mid 90’s, and have helped to put the geek world on the map ever since. There have been cartoon style figures, non-articulated figures, and Mego sized, but this is the first time the pair have real action figures that will fit in with the likes of Spider-man and Batman.

The two figures are based on their looks in the Jay and Silent Bob Strike back movie, right down to their smokes. Both figures look exactly like the actors, bringing them to life in plastic form. DST have really outdone themselves with these figures. The sculpting is spot on right down to the little details in their faces and costumes. 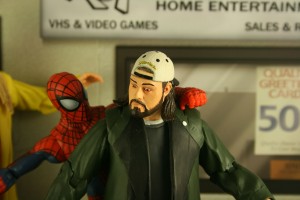 For characters that don’t need a lot of action, they each have a good deal of articulation. The costumes in some ways limit how many poses you can put them in, but with these figures do you need to do more then pose them in front of the backgrounds? The paint on each figure is clean, and bright. Jay’s Strike back look is near perfect giving the approach of real clothes not a skin tight costume. Bob’s look is also well done, with baggie jeans and over sized tee shirt. Bob’s hat even has the Mooby symbol, further proving it’s the little things that make the figure really worth the price.

In addition to the great sculpting the figures both come with some great accessories. Each come with an extra smoking hand, which might be the only issue with the figures. The arm articulation is lacking so they can only hold their smokes to the side, which is ok considering these are still considered toys. They also each come with their dealer cards, which you can clearly see their names and some details even for such small pieces. Each also come with alternate heads, simulating their altered looks. Jay also comes with his own pack of Nails cigarettes, filled to the brim. The final accessories give the figures a back drop. Each of the cardboard backdrops can be connected with stickers, giving the pair a place to stand just like the film.

Getting figures based on Jay and Bob that fit in perfectly with the Marvel Select figures make these a must have for comic fans. Thanks to DST for these figures for review. 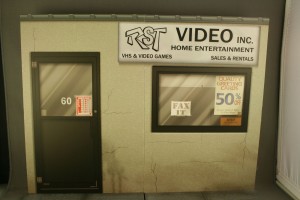 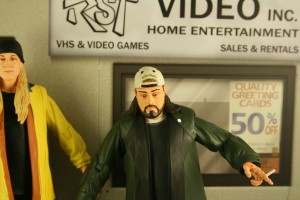 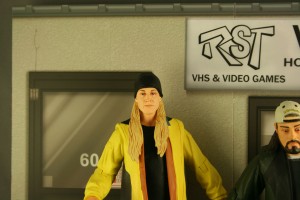 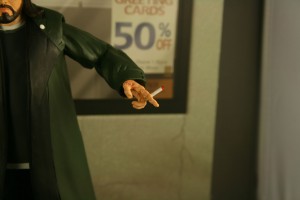 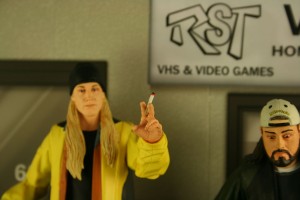 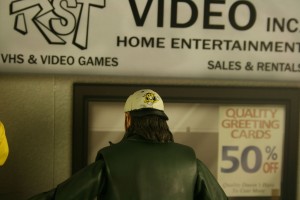 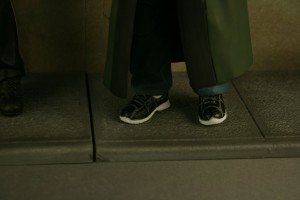 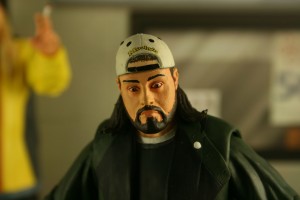 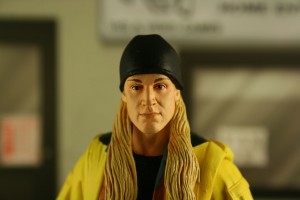 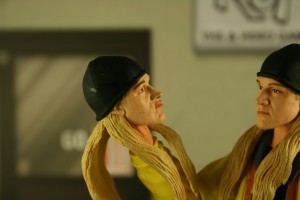 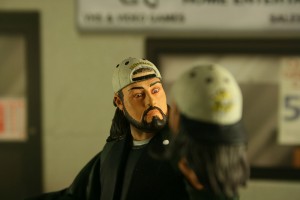 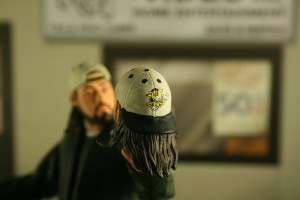 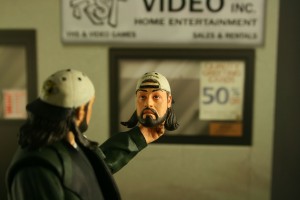 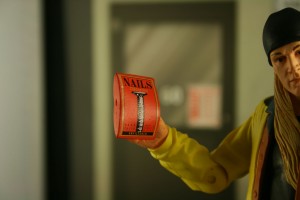 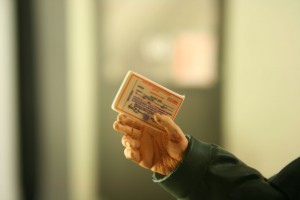 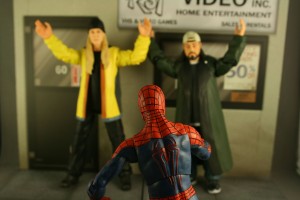 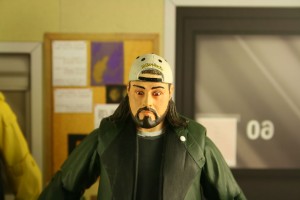 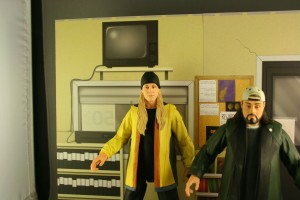 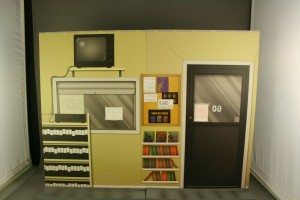 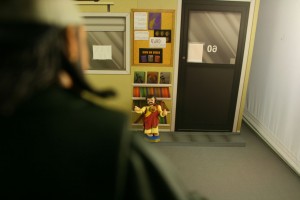