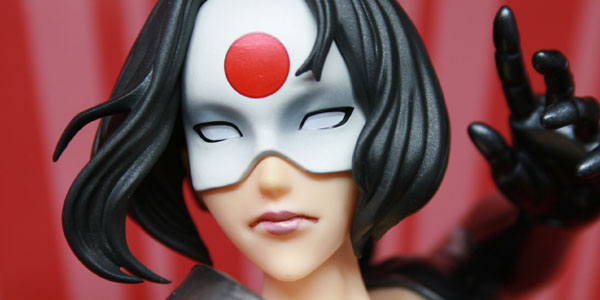 Katana has been a long time coming in Kotobukiya’s Bishoujo Collection. The character bridges the gap between western super heroes and a Japanese samurai aesthetic, making her a perfect fit for Kotobukiya’s long running statue line.  And she’s a fantastic addition, overall.

Based on Katana’s New 52 costume, the hero is caught in a battle-ready stance with a very distinct flourish, turning to look over her armored left shoulder with her sword the Soultaker at the ready by her side. As per usual with Kotobukiya’s excellent sculpts, the sense of motion and energy in this piece is clear and present, from the flow of Katana’s short hair to the subtly raised heel of her left foot.

This costume was never my favorite for the character, but Shunya Yamashita does the look justice, and the sculpt adds a great amount of detail that enhances the samurai aesthetic of the character. It’s a very smart decision to feature Katana’s outfit more as plated armor and less a more traditional jumpsuit, and the various plates of armor and segmented layers beneath add a great sense of depth to the piece. Even the way her leg armor separates from her hips brings a realism to the sculpt with works very much in its favor.

I’m particularly fond of the incredible detail sculpted into Soultaker’s hilt, which is highly stylized and fits perfectly with the figure’s armored appearance, while the metallic blue color stands out brilliantly against Katana’s deep reds, black, and silver. 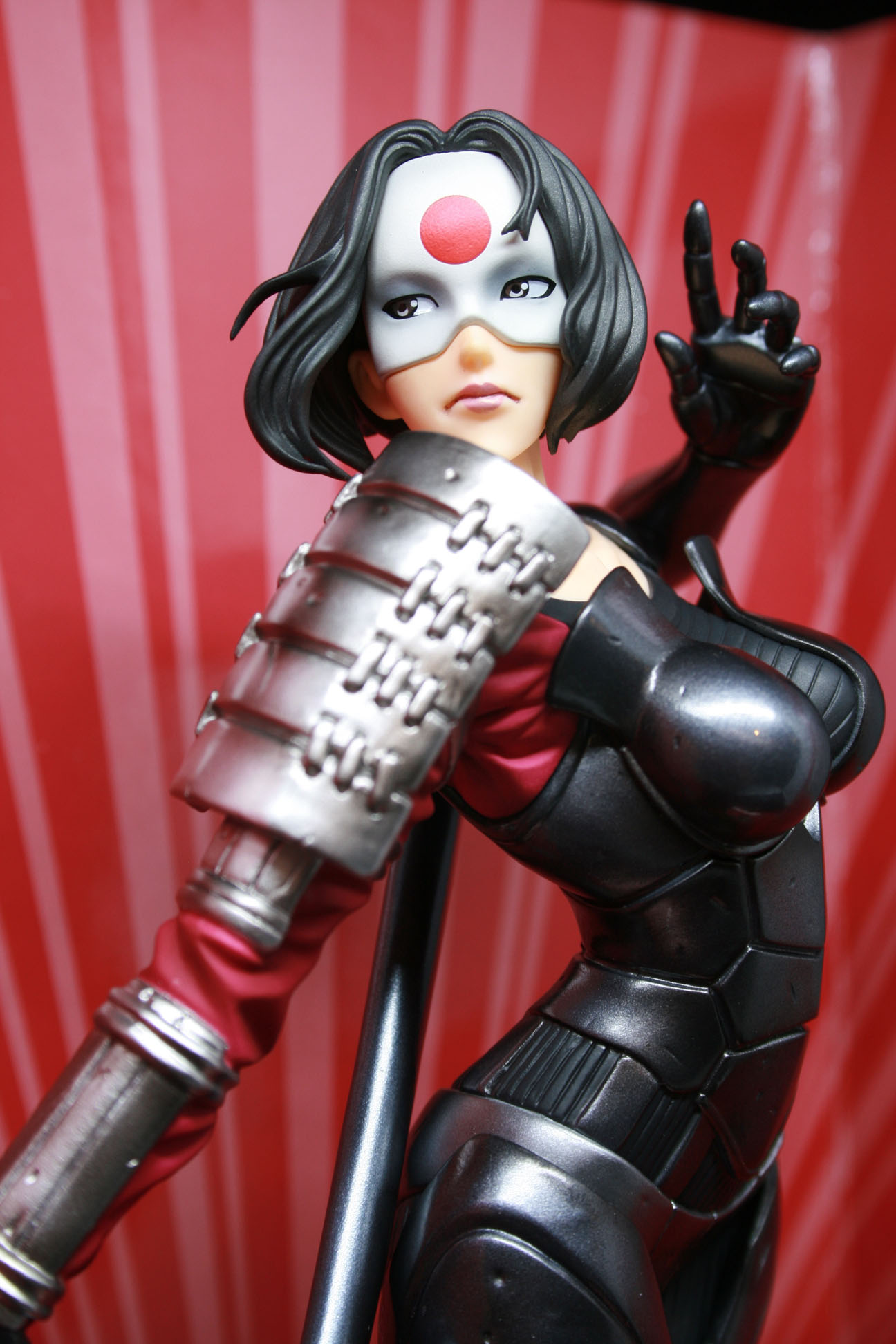 The other very cool feature with Katana is her alternate masks, which can be switched out by removing the front of her hair. One mask features the hero’s “pretty girl” eyes looking to the right, while the other includes all-white eyes.  The parts can be interchanged with ease, and I am very impressed by how different the overall statue looks with just this simple change.  In the past, Kotobukiya has included storage space in a statue’s base to hold the extra face plates not in use. Unfortunately, Katana’s base does not allow storage of the alternate mask piece, opting instead for a simple circular black base with a swirling gold pattern throughout.

Overall, Katana is one of the best recent releases in the Bishoujo Collection. With her super hero inspiration, samurai inspired style, and an armored, almost anime esque costume, she’s a perfect fit for this series, and Kotobukiya did a great job in realizing her. Rich in detail and full of energy, this statue is a perfect representation of Katana from DC’s New 52 era.

Katana will be released within the next few weeks. Her preorder is presently sold out at Kotous.com, but she is still available for preorder at other specialty retailers. Thanks to Kotobukiya for providing us with a sample of Katana for this early look review! 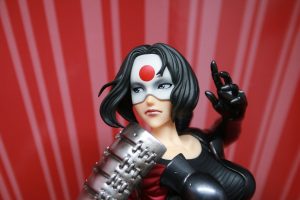 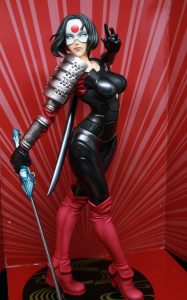 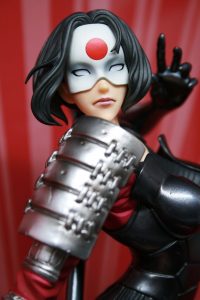 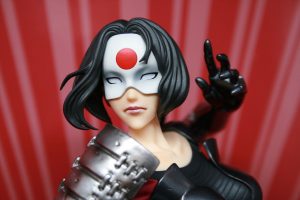 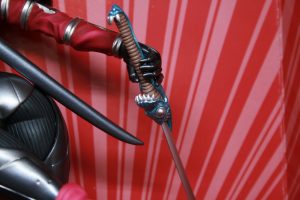 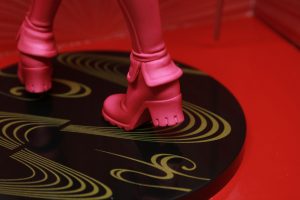 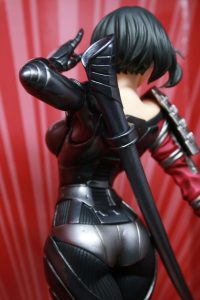 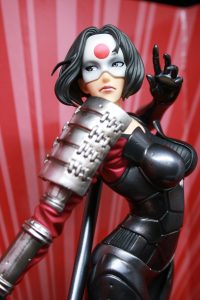 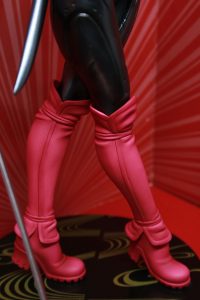 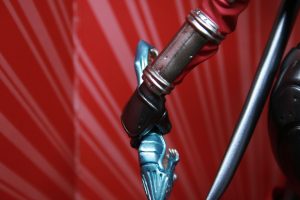 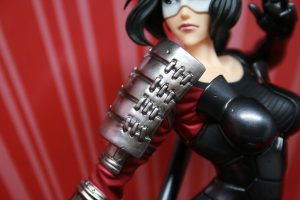