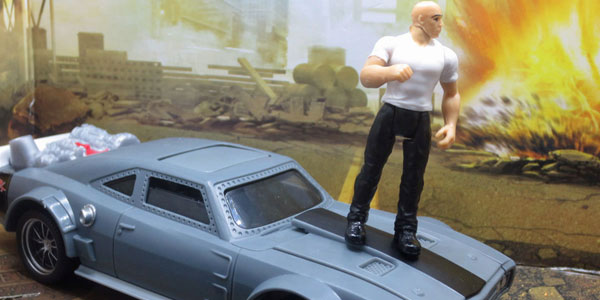 Mattel debuts their first Fast & Furious toys… and the result is perfect for this bizarre, errant, and amazing movie franchise.

As of Summer 2017, we will be eight installments deep into the Fast & Furious saga.  EIGHT.  I’m still trying to wrap my head around the fact that what started as a fairly forgettable street racer movie would wind up being one of the most robust action film series in history, a shared universe franchise that preceded all the rest, even the great Marvel Studios.  And yet, the one thing missing from truly establishing Fast & Furious as a staple of the pop culture lexicon was its lack of merchandising.

Sure, there’s been some odd toys and whatnot released in service of this property– including loads of cars in various scales, representing the badass rides featured in the films… and Funko recently added Fast & Furious to their Pop vinyl catalog– but until now, it’s seemed almost absurd that a movie series this successful wouldn’t have earned a spot in the action figure aisle.

Mattel is looking to change that, having acquired master toy rights to the franchise last summer, and they’re a perfect fit for the property.  Not only do they already own the Hot Wheels banner– inarguable king of the die cast toy car world– but they have the ability to expand the Fast & Furious collection beyond vehicles… and it looks like that’s exactly what they intend to do. 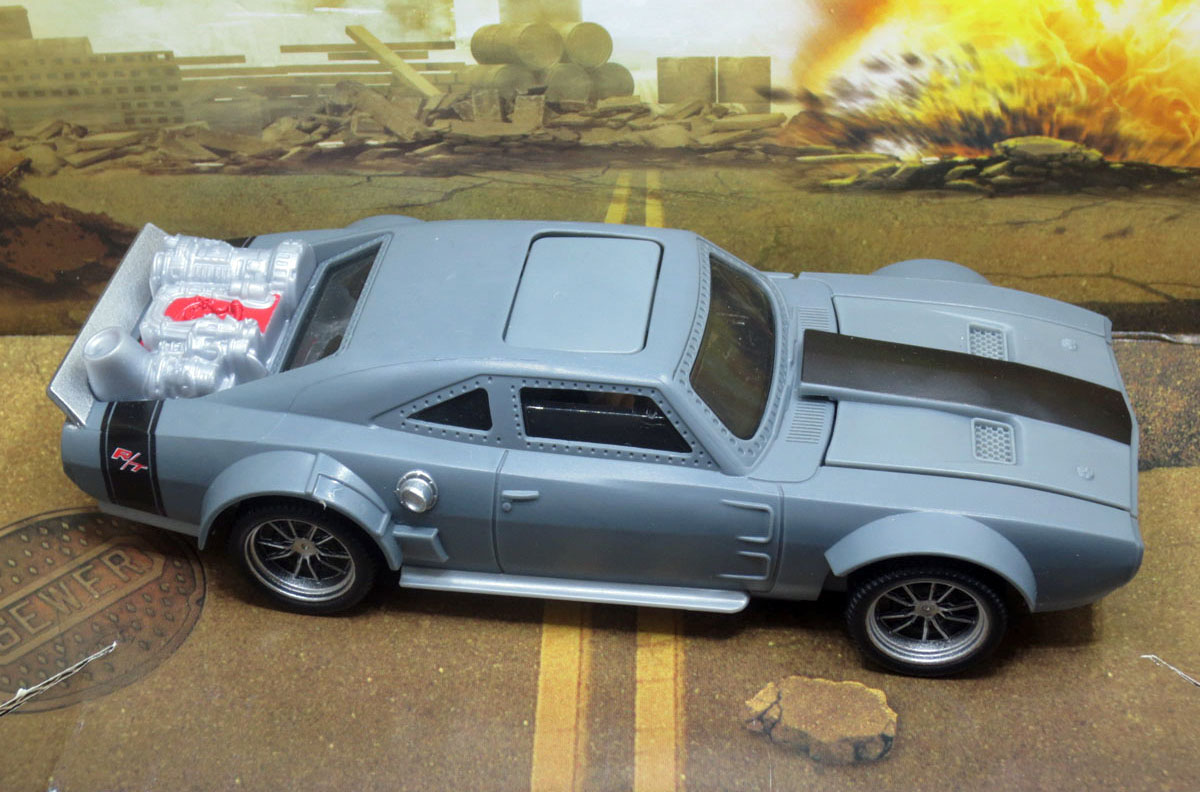 Of course, Mattel is releasing a number of Fast & Furious themed Hot Wheels cars in their lineup, but what instantly caught my eye were the “Stunt Stars” toys, a collection of larger, plastic vehicles each packed with a 2″ driver, complete with magnetic feet that connect them to the hood or trunk of their vehicle… as well as an action feature which allows you to launch the mini-figure off the hood of the car.

I opted to pick up Vin Diesel’s Dom, along with the “Ice Charger” from the upcoming Fate of the Furious (AKA Fast 8).  Granted, since the movie isn’t out yet, I cannot speak to the film accuracy of this car, but my initial impression is it’s a vehicle very similar to Dom’s traditional [] Charger, but in grey and with a rear-mounted, external engine.  I hope-hope-hope this is accurate to the car we see him drive in the movie a few months from now, because that would be AWESOME.

While we ponder that thought, I’ll speak to the action feature of this toy. I kind of love the “Stunt Stars” gimmick, especially for a franchise that has departed further and further from reality with each new installment.  Leaping from the hood of a souped-up racer seems like child’s play for the likes of Dom Toretto, or Dwayne Johnson’s Hobbs, or Ludacris’ Tej (or whatever other characters Mattel brings to this toy line).

The mini-figures are rudimentary, yet passable.  They feature five points of articulation (with cuts at the neck, shoulders, and hips), and bear passing likenesses to their on screen counterparts.  Considering the small scale of these figures and their mediocre paint apps, we’re certainly not dealing with photo-realistic likenesses here, but between Hobbs’ tactical vest, Tej’s green jacket, and Dom’s iconic bald head and reverse-pear shaped body type, each figure is easy to distinguish.

Of course, a driver is nothing without their wheels, and Dom is packed with the “Ice Charger” which will apparently make its debut in Fast 8. The car’s four wheels are all free-rolling, and the driver-side door opens, allowing Dom to sit in the driver’s seat. But let’s be honest– this mini-figure has magnets in his feet, which correspond to the hood and trunk of the car.  So why are you going to sit him in the driver’s seat, when he can balance precariously on top of his ride???

The magnets are surprisingly effective, considering their small scale, and keep the figure squarely in place on top of the hood or trunk/ engine.  And the play feature is equally effective– press the button on the roof of the Charger, and the hood pops up, launching the mini-figure forward and exposing a fairly detailed sculpt of the mechanics beneath.  This is the default action feature of all the Stunt Stars released until now, and it’s fun, effective, and perfectly in-line with the themes of this property.

I’m not gonna lie, I’m still enamored by the simple notion of owning a 2″ Vin Diesel or Ludacris or Hobbs, to truly judge Mattel’s toys from any sort of impartial perspective.  But I do believe the play feature they’ve chosen for this toy line is effective and relevant, and allows for the smart, simultaneous release of the most popular vehicles from this property along with the characters who drive them.  That, I believe, was the missing ingredient in regard to the Fast & Furious toys produced until now… a lack of attention on the drivers.  I am confident that Mattel has found a unique angle which will allow for one of our most unexpectedly successful film franchises to blow up in a big way in the toy aisles, while still maintaining a focus on the vehicles that attracted us to these movies in the first place.  The first wave of Stunt Stars toys feels like the beginning of what could be a truly weird, wild, and FUN toy line for years to come. 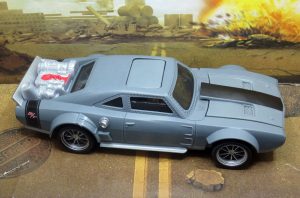 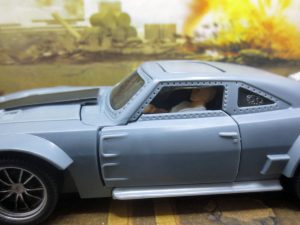 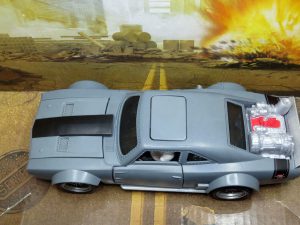 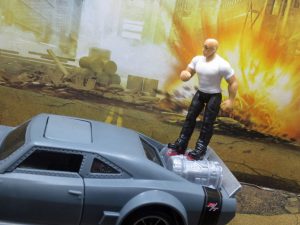 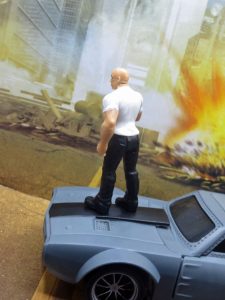 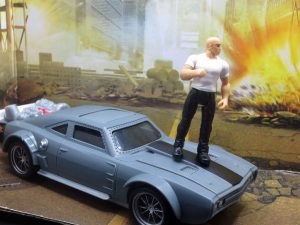 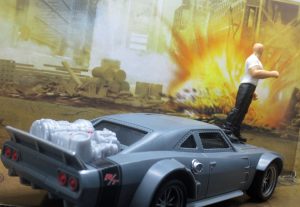 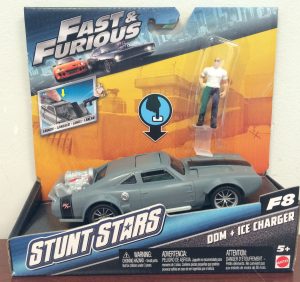