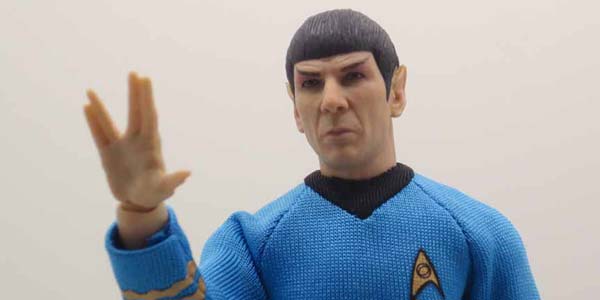 The first figure in Mezco’s One:12 Collective Star Trek series is awesome.

**NOTE: This review is based on the Toy Fair Preview Edition Spock figure, which is not for sale at retail.  The retail version of Spock will feature different packaging and a wide range of accessories including alternate hand poses, phaser, tricorder, communicator, and more.  One:12 Spock is available for preorder HERE, and will be released this Spring.**

One of the highlights of Toy Fair 2016 was Mezco’s truly impressive One: 12 Collective.  This year will see the release of not only Marvel and DC super heroes in the highly articulated, cloth-costumed deluxe toy line, but TV and movie icons as well, including some of the crew of the USS Enterprise from the original Star Trek.

Mezco gave me the opportunity to check out the Toy Fair preview edition One: 12 Mr. Spock, the first figure in the Trek series, and he does not disappoint.  Spock features an all new base body with more realistic proportions than the previously- released Dark Knight Returns Batman and Judge Dredd bodies.  Spock sports a great range of motion, with a fantastic range of articulation including a ball neck, ball shoulders and hips, two ball joints in the torso, half-ball elbows, double jointed knees, ball wrists and ankles, and shin swivels.  This articulation pattern means the Vulcan is able to strike any number of his most important poses seen on the classic TV show, most notably his signature greeting, thanks to his “live long and prosper” posed hand.

Spock’s Starfleet uniform is wonderfully rendered, with the same attention to realism and scale seen in DKR Batman and Dredd.  The figure wears the outfit very naturally, with no bunching nor running the risk of looking too toy-like, which is one of the major dangers when it comes to fabric outfits on plastic toys, especially in a scale as small as 6″.  Not only does the Enterprise’s First Officer look great, his uniform even features the same tailoring lines seen on the costume worn by Leonard Nimoy, and the screenprinted details such as the rank bands on the sleeves and the insignia on his chest are perfect. 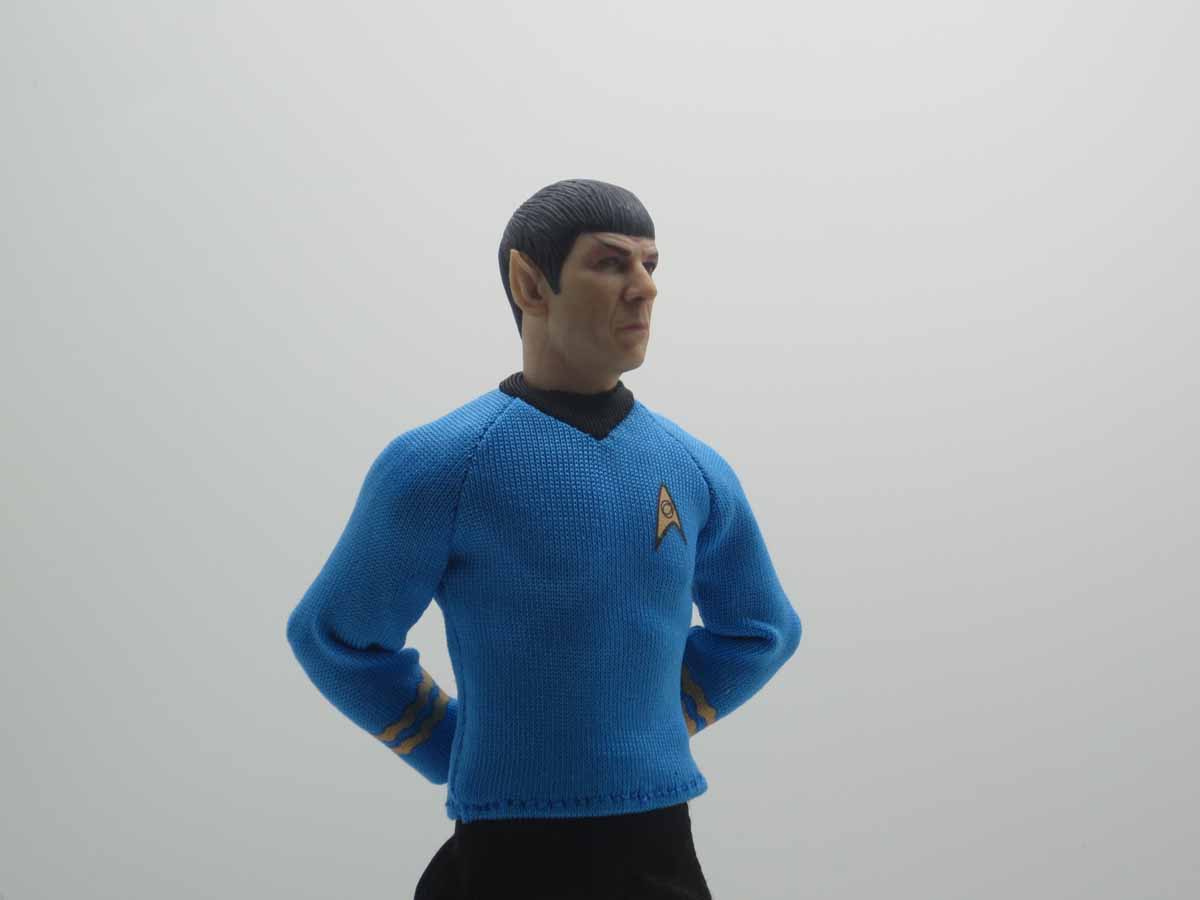 The Nimoy portrait on this figure is stunning– while the design work in the One: 12 Collective has been impeccable since the beginning, this figure proves Mezco’s team is more than capable of producing excellent likenesses of real-life actors, as well.  And to improve the likeness even more, Mezco has employed near Hot Toys-level paint work on the face, which I have never seen at this level on a figure this size.  The various skin tones subtly applied to Spock’s face are wonderfully nuanced, and offset by the sheen of his black hair and the hyper realistic high gloss finish on his piercing eyes.

When Spock hits retail later this year, he will feature a multitude of alternate hand poses and accessories such as his tricorder, communicator, phaser, and away team belt.  This Toy Fair edition only includes a single pair of hands, but it’s evident that they will be able to swap on and off the wrists with ease (and no fear of breakage) because of how sturdy the base figure is.

Each One:12 Collective figure also includes a display stand with a themed insignia, and I quite like the bold, bright blue stand packed with Spock, emblazoned with the Science Division insignia.  It ties the display together quite nicely, and promises to look great along with the rest of the Enterprise crew… or at least Mr. Sulu and Captain Kirk, both of whom are available now for preorder at Mezco’s website. 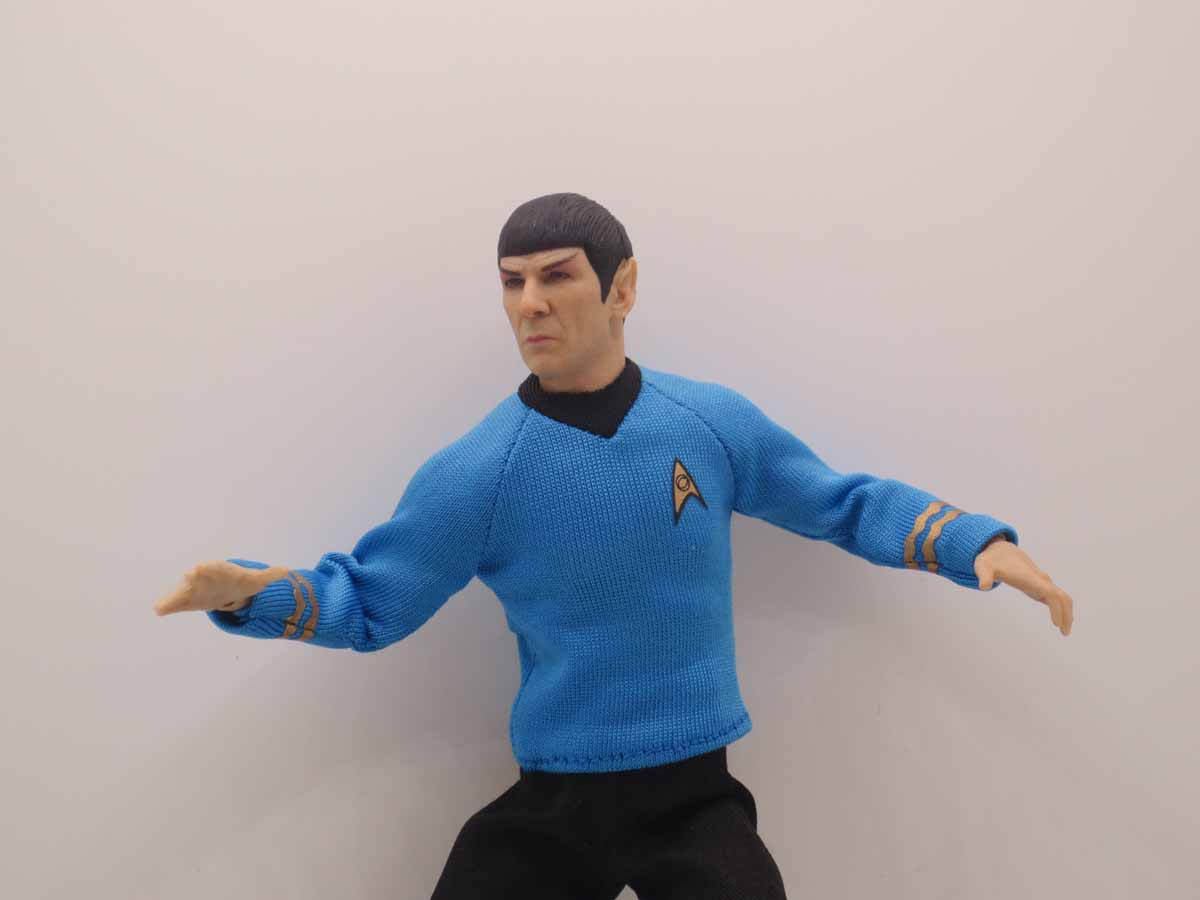 With the One:12 Collective, Mezco is doing something we’ve never quite seen in the 6″ action figure arena, and the quality of their releases has proven they have earned the considerable buzz they received at Toy Fair and beyond.  Mr. Spock takes things to the next level, proving Mezco can deliver authentically real-world characters just as effectively as artist-inspired stylized figures like Batman and Judge Dredd.  2016 promises to be an exciting year for Mezco’s premium toy line, and with figures as promising as Spock on deck throughout the year, I can’t help but think this is only the beginning for the One:12 Collective.

Big thanks to Mezco for providing the One:12 Collective Spock for this review! 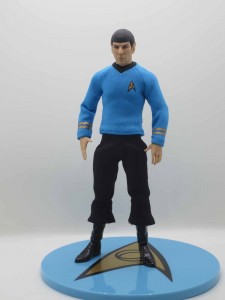 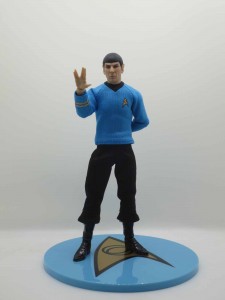 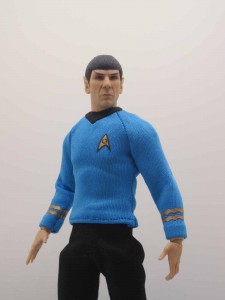 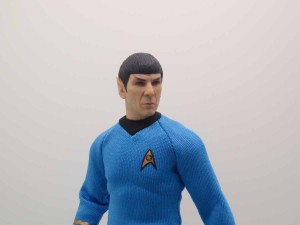 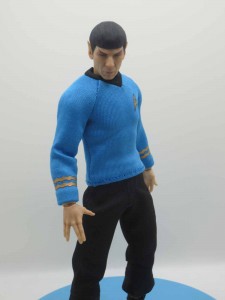 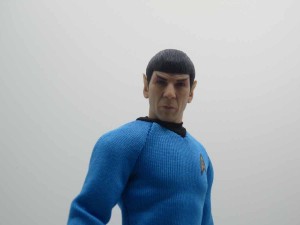 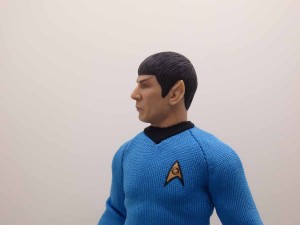 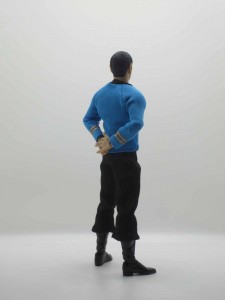 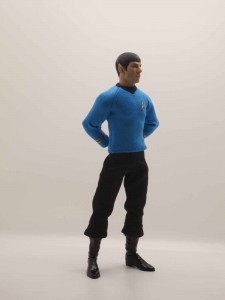 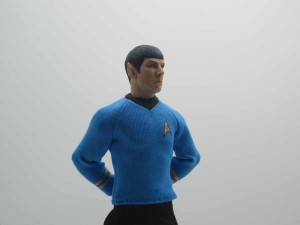 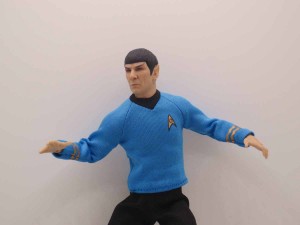 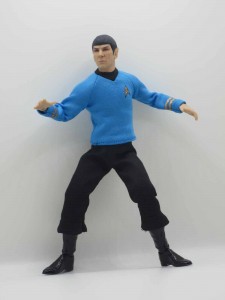 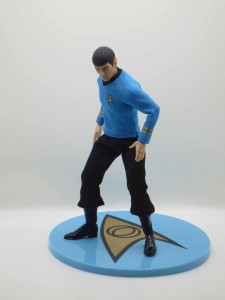 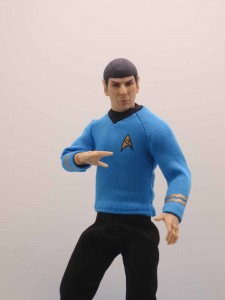 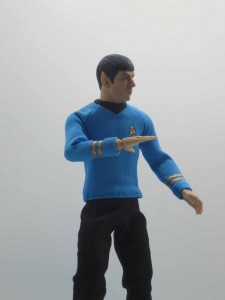 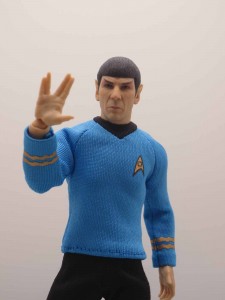 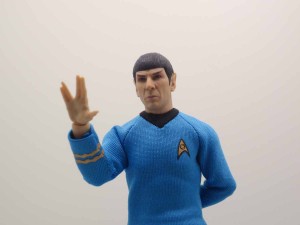 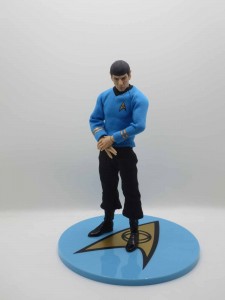 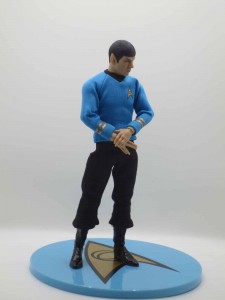 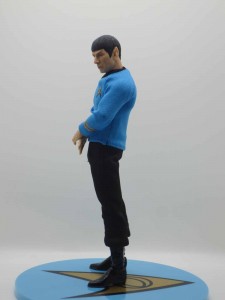 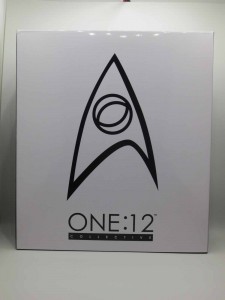 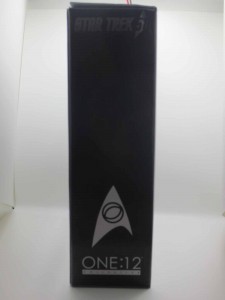 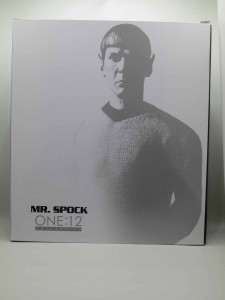 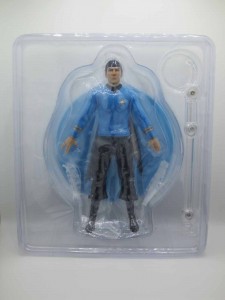