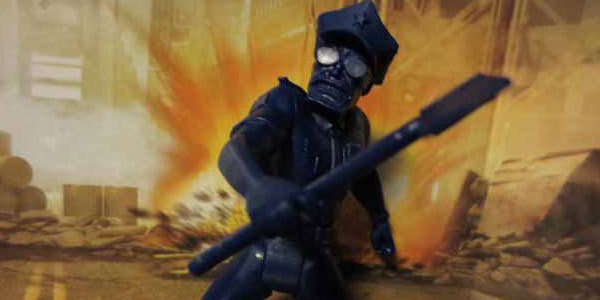 Mezco gives us a preview of the 2014 Axe Cop series with a cool NYCC exclusive test shot edition figure.

Mezco Toyz had a few great exclusives at this year’s New York Comic Con, but the most exciting for me was the Axe Cop preview figure.  The toy line, based on the web comic turned Fox ADHD animated series, will hit stores in early 2014 but NYCC gave us our first look at the first ever Axe Cop figure, and he doesn’t disappoint. 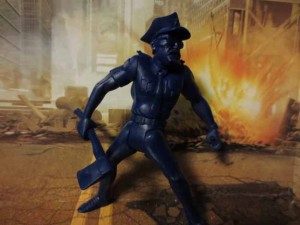 As a “test shot” style figure, this Axe Cop is unpainted, cast in solid blue plastic that works well for his police theme.  But while the paint apps are missing, the sculpting on this figure is excellent, especially the head which features an excellent portrait in the style of artist Ethan Nicolle. The rest of the sculpt is equally accurate to Nicolle’s designs, with a good sense of cartoony proportion and a pose which allows for several strong posing options, despite the limited articulation.

Axe Cop may not be the most poseable figure– he gets a great ball joint neck, cut shoulders and hips and a cut waist– but he’s adequate nonetheless.  His axe (included, obviously) can fit very well in either hand, and looks great being brandished at his side of waved high in the air.  The only big issue with the limited articulation is his pre-posed stance.  With a wide-legged pose and fairly small feet, Axe Cop definitely has some balancing issues.  The inclusion of ankle articulation, ball hips or a stand he could clip onto would have made standing this figure much easier, and I hope this is something Mezco considers for the mass release series. 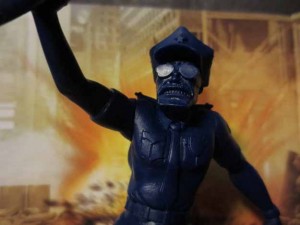 The Axe Cop figure stands around 4″ tall, which is a good scale for a series that will include all manner of weird and wild creatures.  This size will allow for even larger figures like Wexter the T-Rex to remain in scale without breaking the bank.

For fans of the series, the Axe Cop toy line is a must.  I really dig the design of this guy, and he’s lots of fun to play around with.  At only $10, Axe Cop was also one of the best bargains you’d find for an exclusive on the NYCC floor.

Unpainted test shots may not be for every collector, but I love how  the monochrome look of this Axe Cop makes him look and feel like an oversized Green Army Man figurine, and he remains a great tease for this promising toy line coming soon. 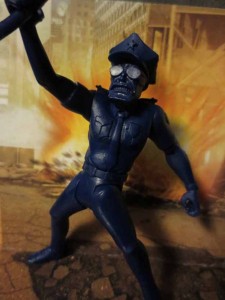 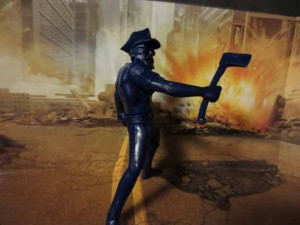 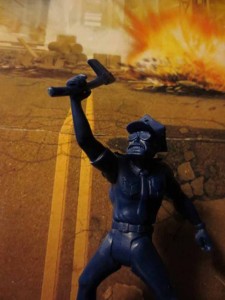 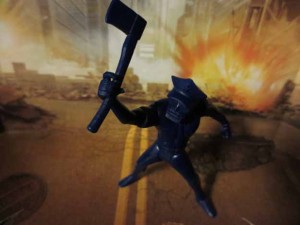 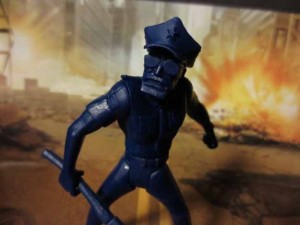 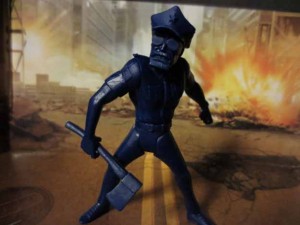 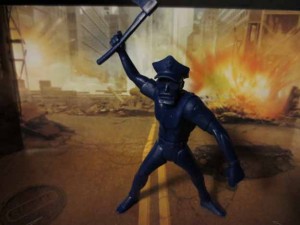 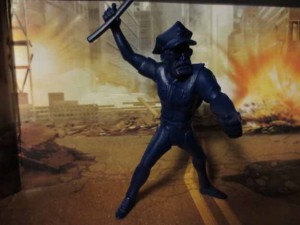 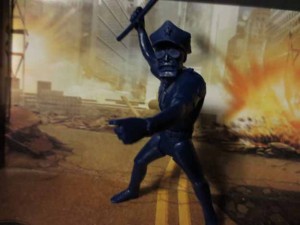 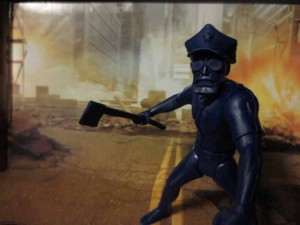 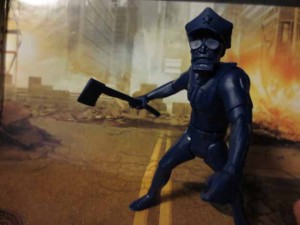 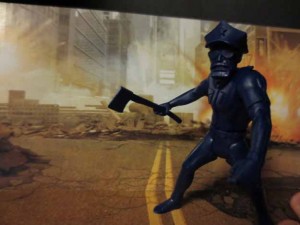 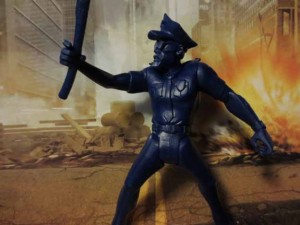 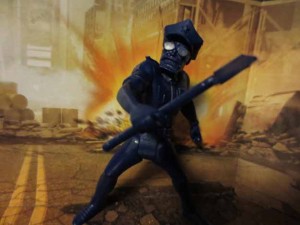