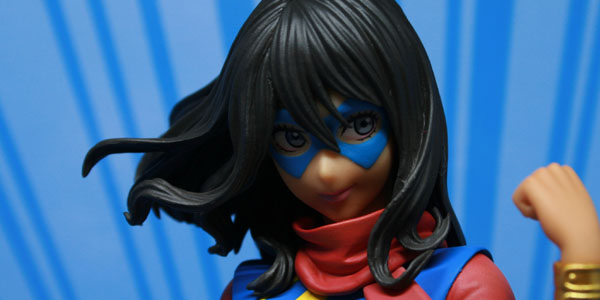 Kotobukiya has been focusing on some of the newer faces in the Marvel universe for their Marvel Bishoujo collection recently, and the latest is one of my absolute favorite modern characters, Kamala Khan (Ms. Marvel). And her Bishoujo debut makes for an incredible statue, from the great artwork by Shunya Yamashita all the way to the final product.

Ms. Marvel is depicted in a spritely mid-action stance, which is the perfect fit for her energetic character. It’s a pose likely to look familiar to any fans of Sailor Moon or any other schoolgirl-centric anime or manga, which works perfectly for the teenage super hero.

The pose also allows Kotobukiya’s amazing sculpt to really come to life, especially the two scarf tails which billow behind Kamala. I was expecting the scarf to be made of soft plastic, but it is actually quite firm, which allows it to hold its shape perfectly and convey a great sense of motion in the overall figure. Even the smallest of details in this sculpt are perfectly rendered, from the realistic wrinkles in Kamala’s red spandex bodysuit, to the studs which add texture to her boots, to the layered and slightly windswept appearance of her dark brown hair. Kamala’s costume is a very simple and straightforward super hero style design, and its basic features could have appeared overly smooth and dull, but the nuances of this figure’s sculpt make all the difference. And the “pretty girl” portrait is wonderful and packed with personality.

Kotobukiya’s designers are always very smart about choosing the right paint for their products, and Ms. Marvel is a perfect example of this. The red, yellow, and blue of her costume are all very bright, which adds to the energy and vibrance of the sculpt. And the variety of finishes on display lend a sense of realism– Kamala’s costume has a matte finish that gives the appearance of fabric, while her boots get a patent leather-like semi gloss texture, and her gold bracelet features eye-catching high gloss metallic gold paint which makes it a perfect accent.

Ms. Marvel features a circular display stand with her iconic lightning bolt insignia, which completes the display quite nicely. I wish Kotobukiya had included an alternate giant hand or arm accessory, to approximate Kamala’s shape shifting super powers, but even without a bonus like that, she’s a fantastic piece. This statue is perfect for any fan of the character, or collector of Kotobukiya’s Marvel Bishoujo collection.

Thanks to Kotobukiya for giving us the opportunity to run this early look at the Ms. Marvel Bishoujo statue… She will be released in the next few weeks, and is still up for preorder at kotous.com right now… so Click Here to preorder yours today! 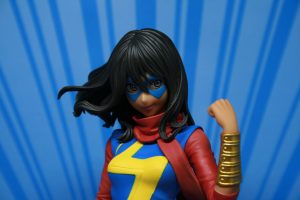 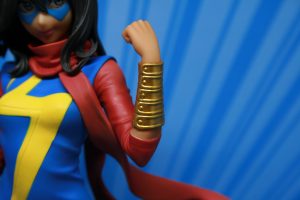 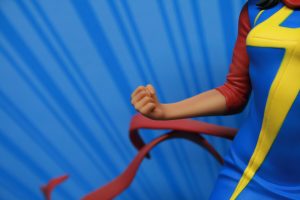 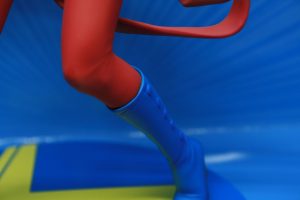 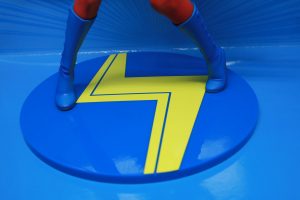 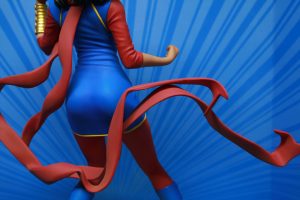 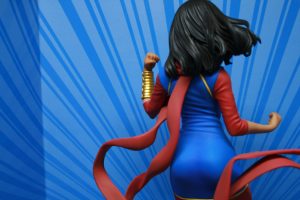 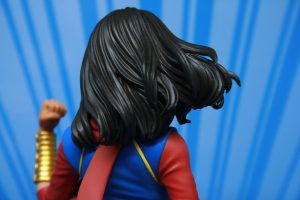 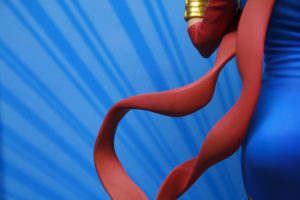 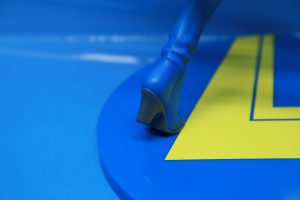 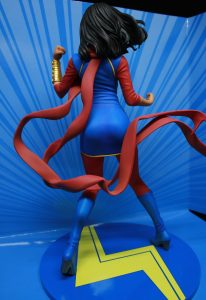 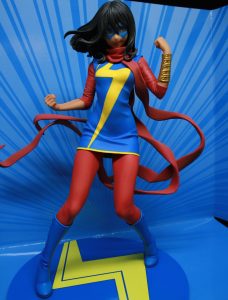 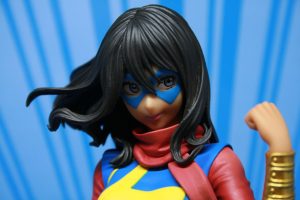 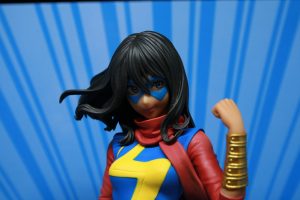 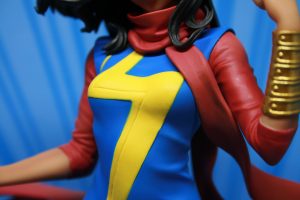 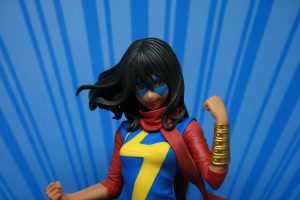