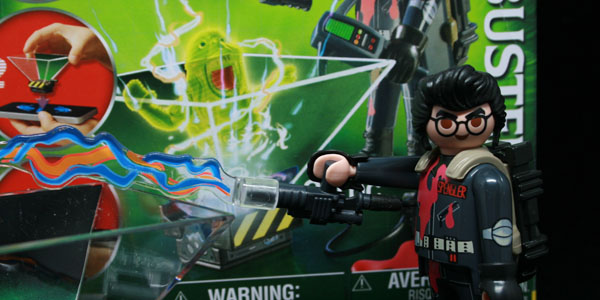 Playmobil’s second year of Ghostbusters toys are even better than the first, with new figures, new accessories, and new technology that enhances the fun factor.

Playmobil’s Ghostbusters were some of the best toys of 2017, so i was very excited to know they were continuing the line for the new year. While the first assortment delivered all four of the Ghostbusters as well as their most iconic ghosts, vehicles, and the Firehouse playset, 2018’s collection is split into vehicle sets inspired by The Real Ghostbusters cartoon, and a set of single pack figures featuring the Busters in their dark grey uniforms from the film sequel.

One of these sets is Spengler, a 20-piece mini set featuring the ghost hunter in his Ghostbusters 2 look. This means not only the grey outfit he wore in the film, but a healthy splatter of pink slime on top. Like the first Spengler, this figure also includes his Proton Pack, PKE Meter, and Ghost Trap… with a great new addition– clip on black gloves! These accessories are a cool addition, and they enhance the look of the figure. And because of the universal nature of Playmobil people, the gloves can be used on any of the Series One Busters, as well.

But my favorite feature of this figure is the Playmogram action feature. Instead of including a plastic ghost, the latest Ghostbusters are designed to interact with Playmobil’s new app (playmogram.playmobil.com). Here’s how it works– you download the app, then place the Ghost Trap (complete with projection cube) on top of the screen. a 3D, Playmobil-style ghost will appear in the projection cube! The etherial troublemaker is animated, so it will move around, and can be trapped in or released from the trap beneath it. It’s a really cool concept, and a perfect fit for the ghostly bad guys of the Ghostbusters’ universe!  Spengler even includes a little shadow box, which you can place behind the display to enhance the ghost’s appearance.

This is such a smart, fun way to add play value to these new Ghostbusters toys, and once again, since the tech isn’t tied directly to this figure, it can be used with any of the previous Ghostbusters toys, too. I’m excited to see what else Playmobil does with this cool app based technology… it’s a perfect way to bridge the gap between traditional toy play and augmented reality/ phone games.

Look for the new wave of Playmobil Ghostbusters to hit stores this February. 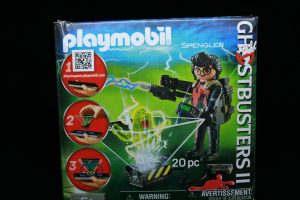 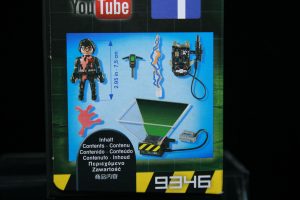 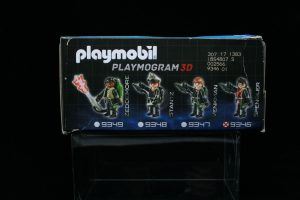 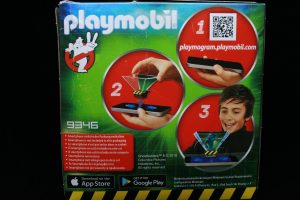 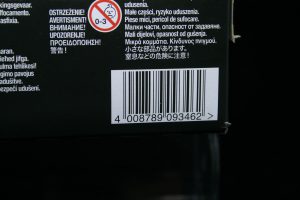 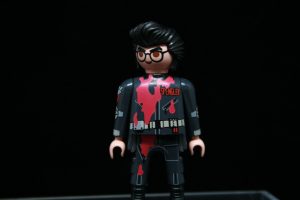 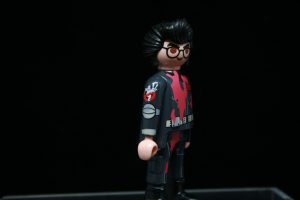 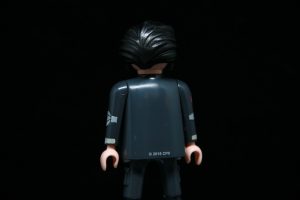 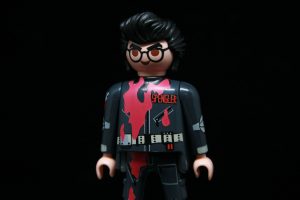 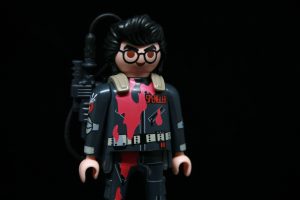 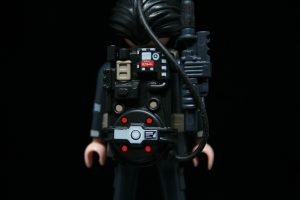 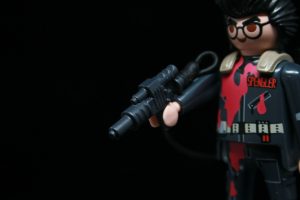 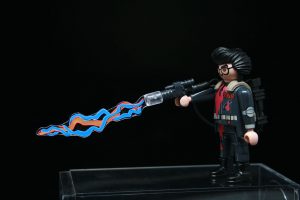 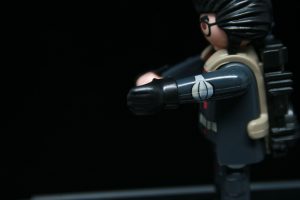 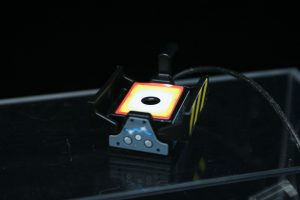 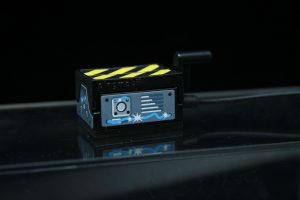 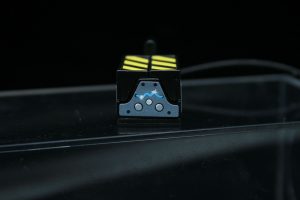 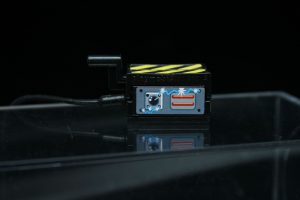 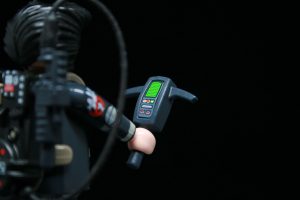 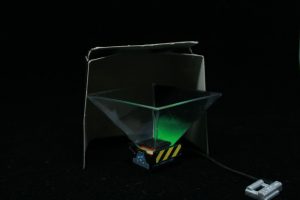 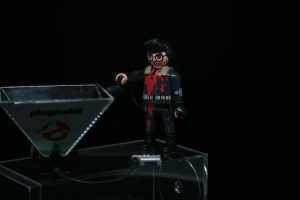 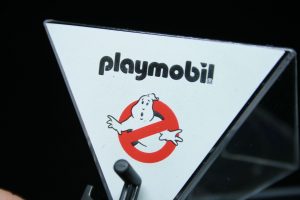 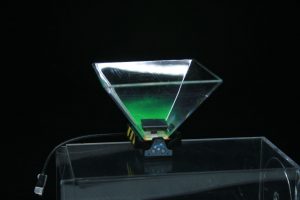 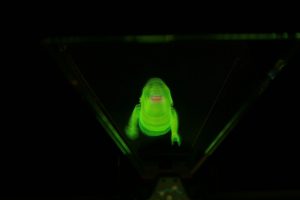 Thanks to Playmobil for giving us this First Look opportunity with the Ghostbusters 2 Spengler set!