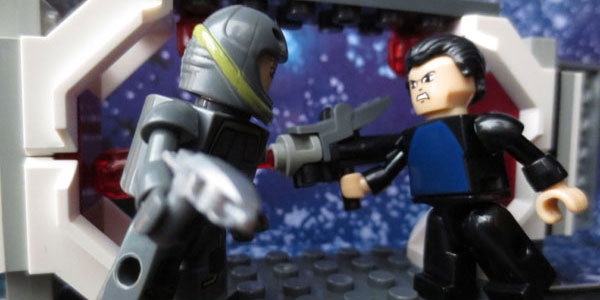 The Star Trek Kre-Os have landed, including a cool small-scale set featuring a special edition of Captain Kirk facing off with the villainous (probably) Khan.

To be perfectly honest, a year ago, I wouldn’t have given a second thought to Hasbro’s Kre-O Star Trek series. But I was bitten by the building bug since the release of the amazing GI Joe Kre-O collection, and since then I realized Kre-O is a great avenue for the Trek universe.  The smallest set of the new collection is Space Dive, a 36 piece playset of an airlock with two Kreons, Kirk in his cool space suit and “Specialist” which is what appears to be JJ Abrams-code for Benedict Cumberbatch’s villain Khan.* 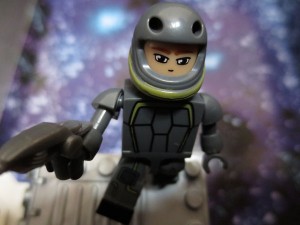 This is obviously a very basic set, but it’s really cool.  The white, black and silver deco fits the aesthetic of the Enterprise nicely, and the blast doors– which can swing open or stay closed for a truly 360-dgree display– feature some nice sculpted details and stress marks.  It’s a super simple build, but what’s great about this piece is how universal it is– yes, this fits the modern Trek design to a T, but this small playset could easily be added to any Transformers or GI Joe Kre-O display and fit in perfectly as an added backdrop.

The new Kreons are pretty neat. Cumberbatch comes packing a missile launcher that we’ve seen before in other Kre-O series, and he sports an angry scowl on his blocky face.  Kirk features something new for the world of Kre-O, with a light up feature powered by two LR41 batteries (included in the set– thanks Hasbro!).  Push down on Kirk’s back, and his head lights up via the neck peg, to give a pretty neat glowing effect from within his space helmet.  The battery is housed in his torso, which eliminates his waist swivel and adds some bulk, which is cleverly disguised as a rudimentary backpack.  Overall, this “Light Tech” gimmick is a fun and not overly invasive feature, and the sci-fi world of Star Trek lends itself brilliantly to the concept.

There’s a definite charm to the Star Trek Kre-O sets, which rivals that of the GI Joe line in my opinion. At first I was bummed Hasbro wouldn’t be making Trek action figures, but having the Kre-Os in hand I must say they stand on their own as some cool Trek collectibles for kids and adults alike.

Check back later this week as we take a look at more from Hasbro’s Star Trek Kre-O collection! 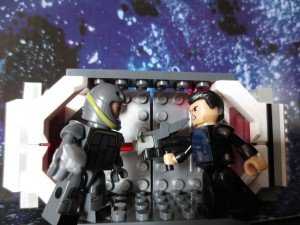 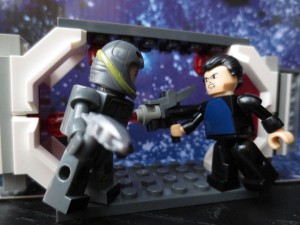 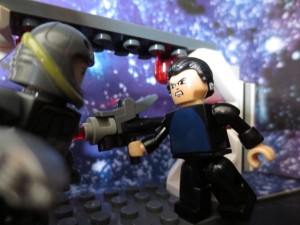 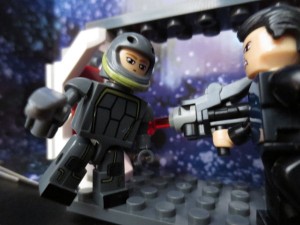 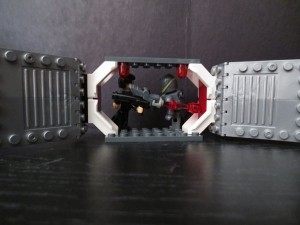 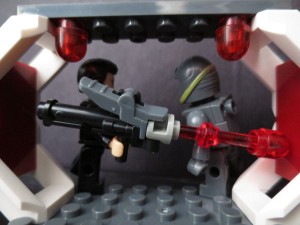 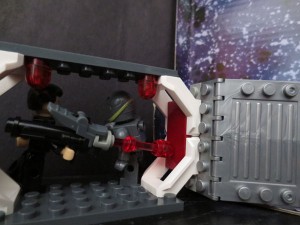 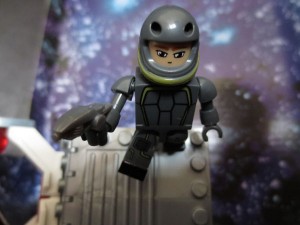 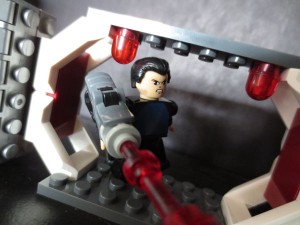 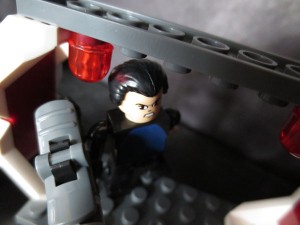 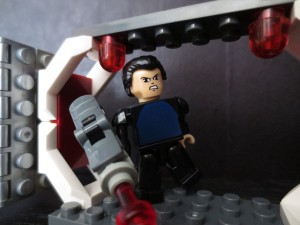 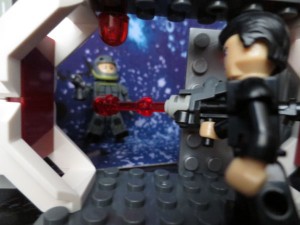 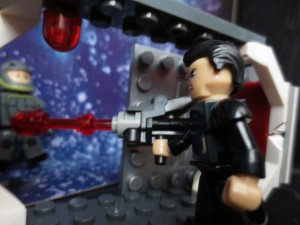 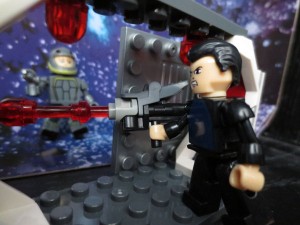 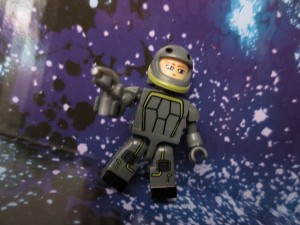 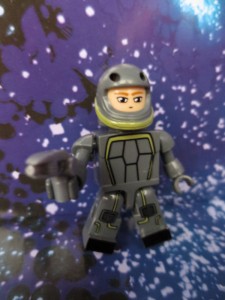 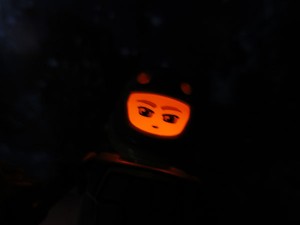 *I was really hoping this set would at last put to rest the whole “Is Benedict Cumberbatch playing Khan?” mystery, but to no avail– his name is never mentioned on the box or within this set. Sorry everybody, the non-Khan theorists can continue to have their days for the next few weeks.