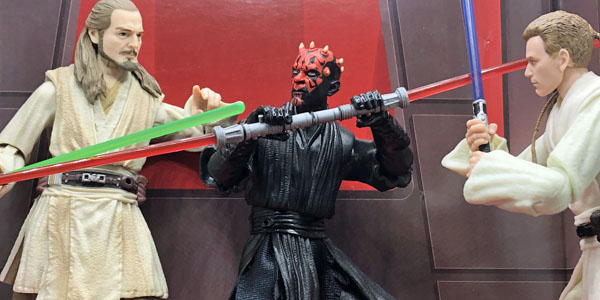 Hasbro graciously granted us an early in-hand look at the Duel of the Fates Obi-Wan and Darth Maul Black Series figures coming to Celebration this weekend.

Celebration gets underway today in Chicago, and among the hottest of items on many shopping lists are Hasbro’s two Star Wars Black Series exclusives– Darth Maul and Obi-Wan Kenobi, as they appeared in Episode I: The Phantom Menace.

This duo– dubbed “Duel of the Fates” for their Celebration exclusive editions– are part of a bigger piece, as Hasbro has been paying homage to the Prequels for much of 2019, as Episode I turns twenty years old (!!!). Specifically, this pair of single carded figures makes for a perfect tribute, packed in oversized replicas of the iconic Phantom Menace era blister cards, with that familiar red and black backdrop, Maul’s sinister portrait in the upper left hand corner, and a beautiful foil-embossed finish on both sides of the card art. This is easily Hasbro’s most successful adaptation of vintage packaging to the modern scale, leaps and bounds better in layout aesthetics and overall appearance than the 40th Anniversary Collection or Marvel’s Vintage Series. In package, both figures are simply stunning.

Sadly, the new 6″ versions of these two Prequel stalwarts don’t include Comm Tech chips… but they are still fairly loaded with accessories. Maul gets the same impressive range of gear his first Black Series edition included: the twin-bladed lightsaber which can bisect at the center, binoculars, and an alternate head attached to a gorgeously rendered rubber Sith robe, which fits the figure’s frame perfectly while not inhibiting articulation. 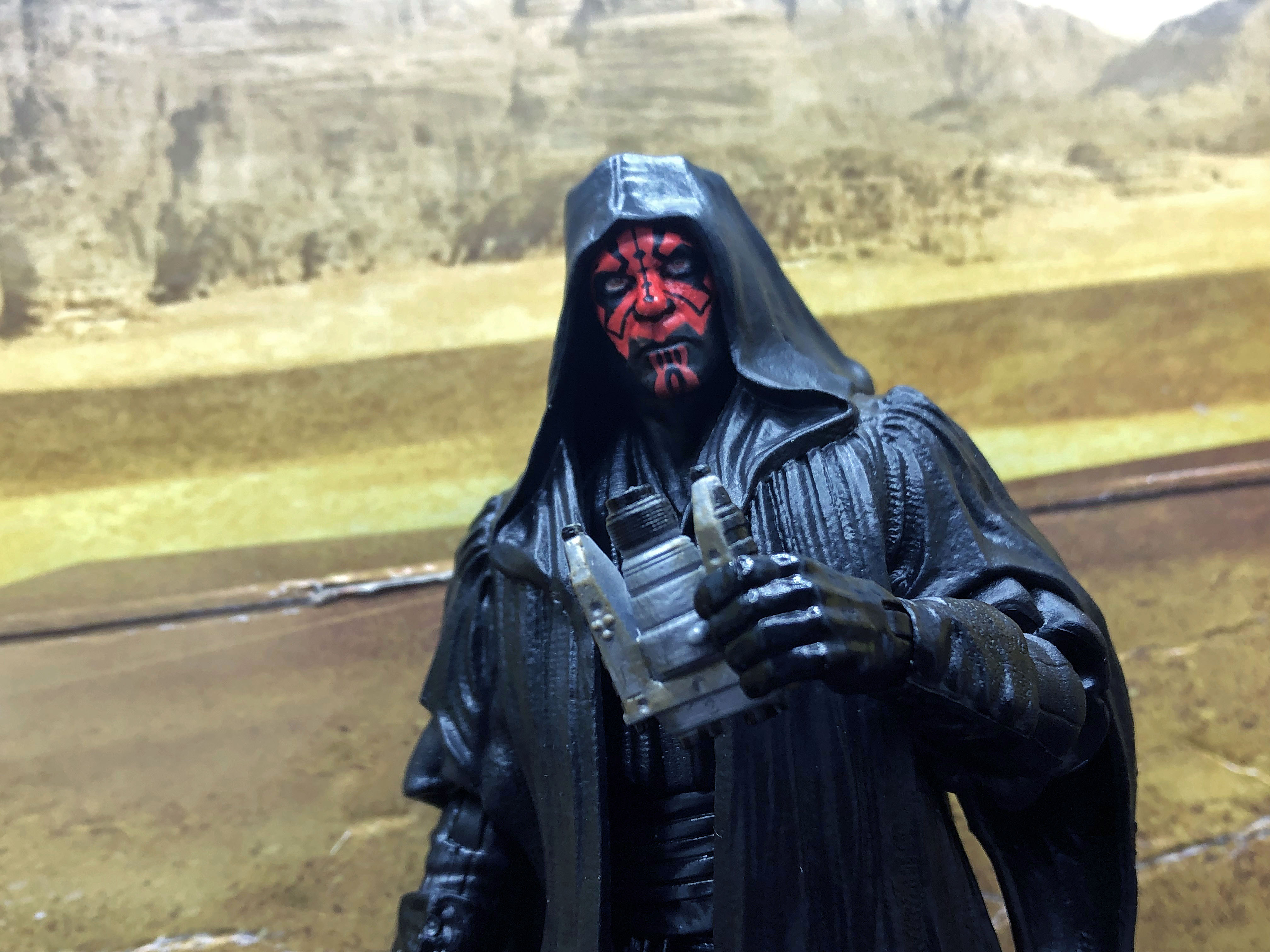 If the gear is the same, what’s new about this Maul? The paint work, which Hasbro dials up to their modern, immaculate standard. There’s more detail in Maul’s fiery eyes, and they’re painted with the contemporary Real Scan technique, leaving them much more realistically sized and lifelike. Maul’s entire outfit is subtly repainted, with his tunic now a truer black and the gloss on his boots, gloves, and belt tamped down to a more believable, battle-worn finish. As is often the case when Hasbro revisits a previous figure, this Maul is an improvement over the original in every way.

Obi-Wan, unlike his Sith nemesis, is an all new figure, and he is phenomenal. The portrait of young Ewan McGregor is uncanny, from his intensely focused eyes to the particular strands in his highly unfortunate hairstyle. This entire sculpt is new, and enjoys the same level of remarkable detail as the headsculpt. There’s a great sense of texture on Obi-Wan’s robes, and plenty of detail in the Padawan’s leather-like boots and belt. 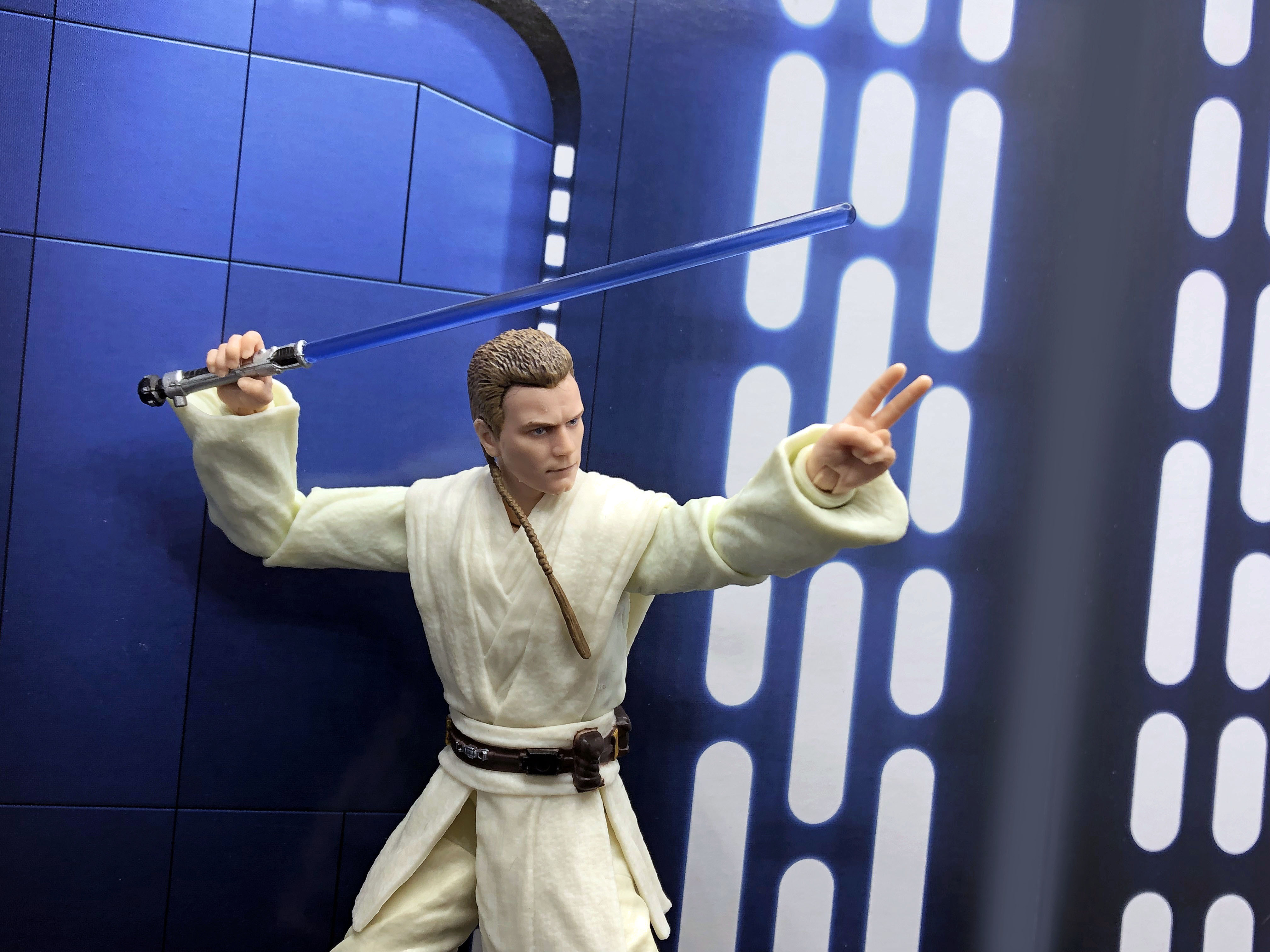 The new Obi-Wan carries over the brilliant shoulder design first used on The Black Series’ Mace Windu. The modified butterfly joint allows him to move his arms and shoulders forward into a highly realistic lightsaber wielding pose, while the pliable rubber of his upper tunic conceals the joint quite well. Add to that Obi-Wan’s highly detailed lightsaber and some alternate hand poses (including the Jedi’s signature two-finger point) and this is easily one of the most versatile Jedi figures ever made by Hasbro. If I had one complaint, it’s Obi-Wan’s hips, which utilize the 45-degree bars in lieu of horizontal ones. I feel this choice adds nothing to the range of motion, while making some basic back-and-forth movement in the legs much more difficult. Your mileage may vary (especially for those who are more creative than me in terms of posing figures) but I still prefer the old hip design.

This is a fantastic pair of figures which serve as the perfect tribute to The Phantom Menace’s double-decade anniversary this year. What better way to remember that film than a pair of awesome action figures inspired by the movie’s most memorable scene?

If you’re at Celebration this weekend, you’ll have the opportunity to pick these figures up in all their 1999-inspired blister card glory. Apparently, both carded figures will also be available at additional conventions later this year. If you’re not attending any Cons this year, though, Hasbro still has you covered. Obi-Wan will be released this summer in The Black Series alongside the likes of Ezra and Chopper from Rebels and Dr. Aphra from the Marvel comics. Maul will also be re-released, part of the second wave of Archive Collection repaints due out in the second half of the year.

Even if you’re a die-hard Prequel hater, Star Wars figures this nice should not be ignored. I highly recommend both Obi-Wan and the updated Darth Maul… they make a truly great addition to the 6″ Star Wars galaxy.

Thanks to Hasbro for providing us with these review samples. 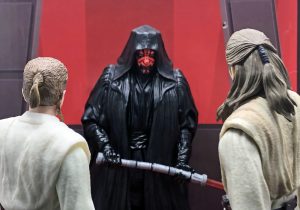 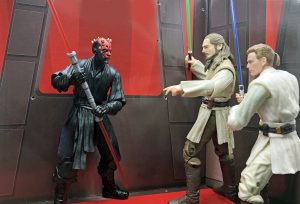 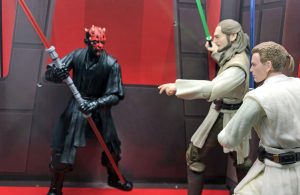 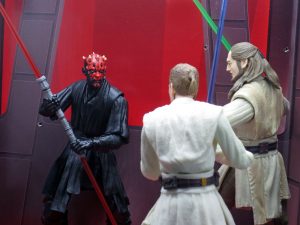 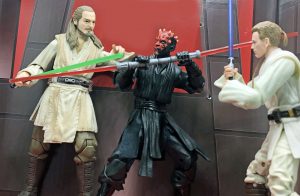 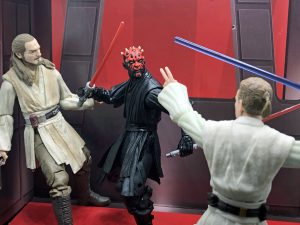 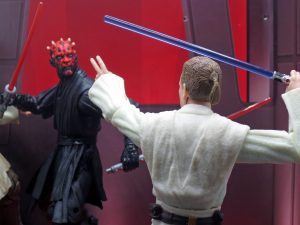 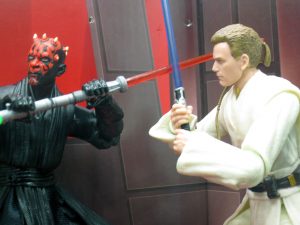 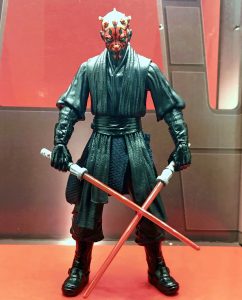 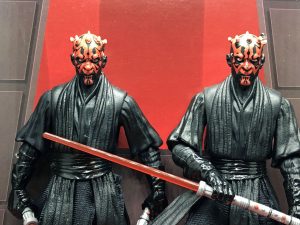 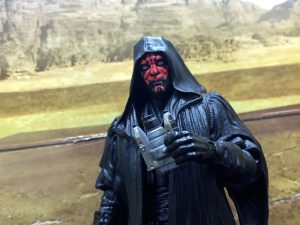 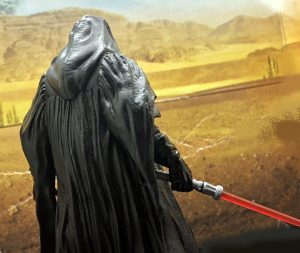 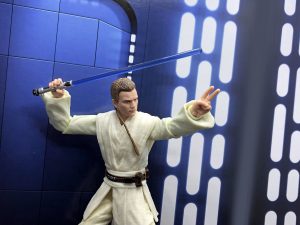 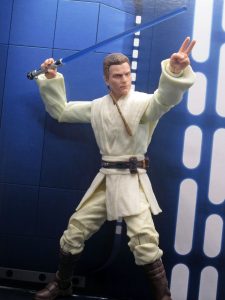 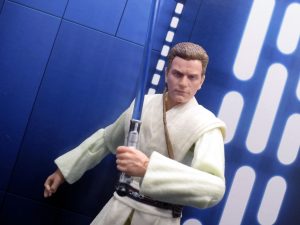 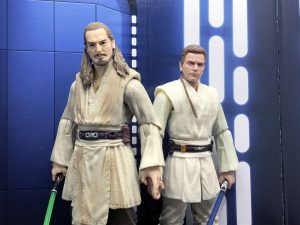 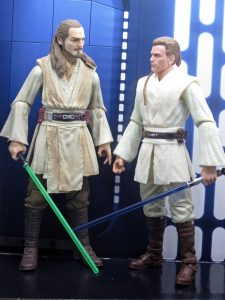 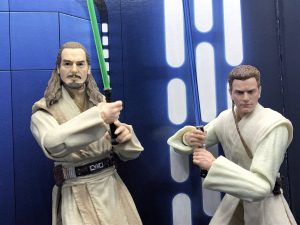 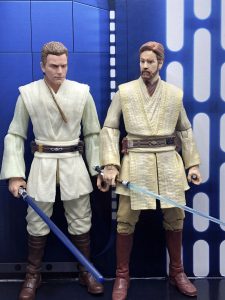 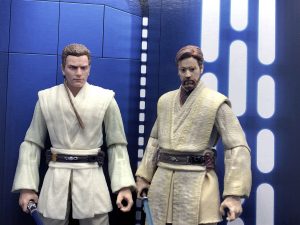 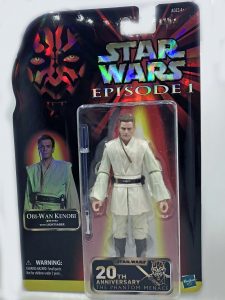 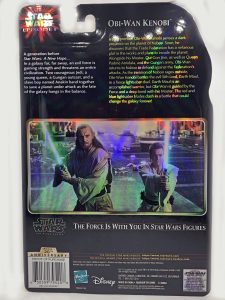 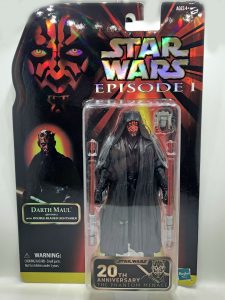 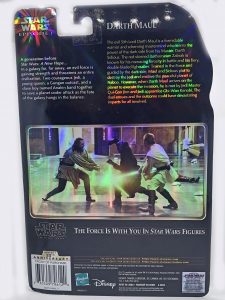