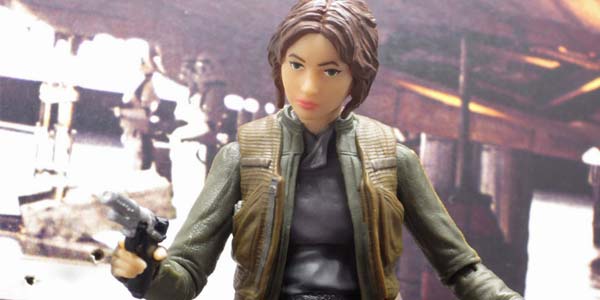 The protagonist of Rogue One: A Star Wars Story makes her Black Series debut as a surprise exclusive at Comic-Con.

For the second year in a row, Hasbro offered a sneak preview figure from the next Star Wars movie as an exclusive item at San Diego Comic-Con.  While last year brought us the First Order Stormtrooper from The Force Awakens, the 2016 release features one of the good guys– Sergeant Jyn Erso, the reluctant (?) Rebel soldier at the center of this December’s Rogue One.

In keeping with the New Hope Era Rebel uniform aesthetic, Jyn isn’t the flashiest character, but her all new sculpt is still very nice.  The figure’s layered look fits in perfectly with the scrappy, practical style of the Rebellion, and she looks plenty appropriate for the Star Wars universe, with her tactical vest, slatted sleeves, and leg holster for her blaster.  The Felicity Jones portrait we get here is okay… I’ve seen more accurate headsculpts in Hasbro’s 6″ Black Series, but there’s enough likeness there for the figure to be recognizable.

Jyn is equipped with a blaster, which also fits in her leg holster, and a scarf with a hood, cast in soft rubber, which fits very well over her head.  This is a well designed piece, pliable enough to go on and off with ease, and thin enough to look natural on Jyn’s head.  I do with the hood had been a separate piece, as the “hood down, scarf on” look seems to be Jyn’s default look in Rogue One… but that’s based on nothing but the trailers and images we’ve seen thus far.  If it turns out to be the case, it probably wouldn’t be too tough to separate the hood from the scarf with an Xacto knife. 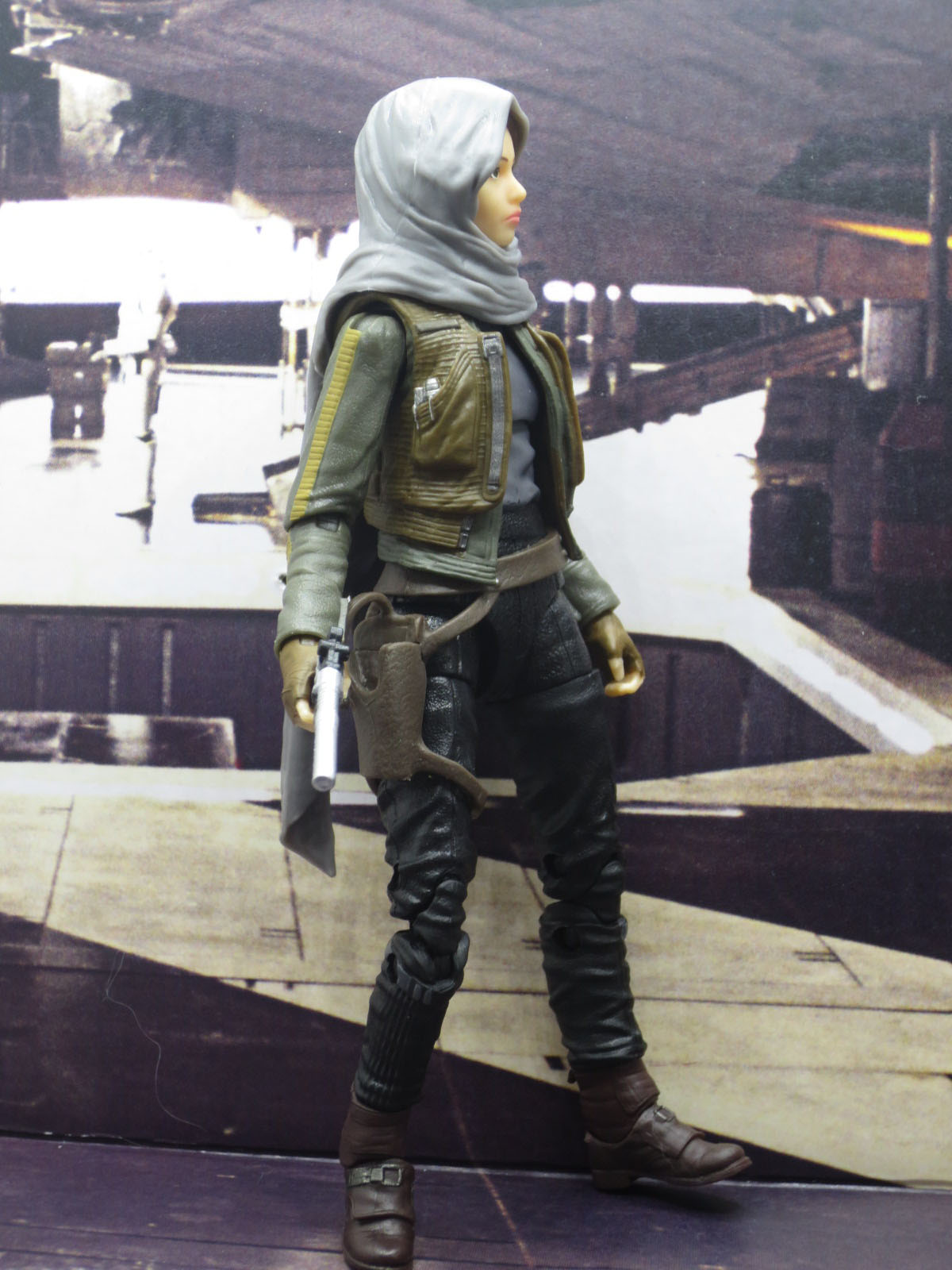 If you’ve collected any of the 6″ Star Wars Black Series figures until now, the articulation on this figure won’t come as any big surprise.  Still, Jyn sports a great range of motion, especially her great neck joint which is unencumbered by her short hair, and even poses easily with the pliable hood in place.

Like the First Order Stormtrooper, Jyn comes packed in a special slim box, which echoes that box art but now with a Rebel-appropriate green pallet.  The Stormtrooper included a fun booklet which offered a look at the evolving armor of the Troopers throughout Star Wars history, and compared to that piece, Jyn’s back-of-box pack-in is kind of a let down.  All she includes is a set of 5″ photo cards starring the figure… if the photos had featured her alongside other upcoming Rogue One Black Series figures, or opted to feature exclusive movie stills instead of toy photographs, I think it would have played much more effectively to the “Sneak Preview” nature of the figure.

Will Rogue One earn a spot in the pantheon of great Star Wars stories?  We’ll find out later this year.  But in the meantime I can say for sure that Hasbro’s Star Wars team seems to be throwing their support behind this latest film, if Jyn is any indicator of the rest of the Rogue One collection.  Jyn will be re-released in standard Black Series packaging in the first wave of Rogue One Black Series toys, scheduled to be released in September for #ForceFriday. 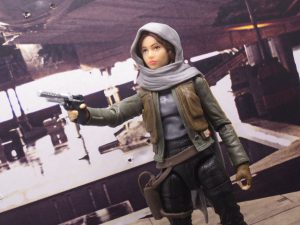 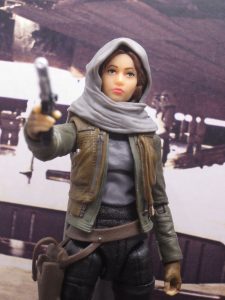 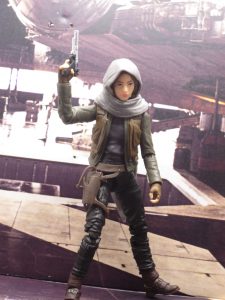 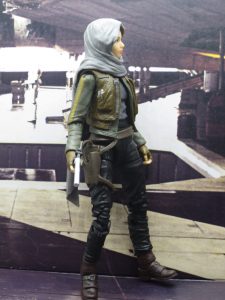 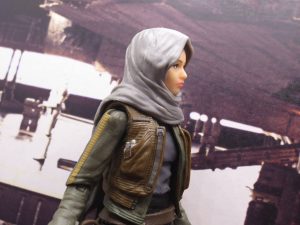 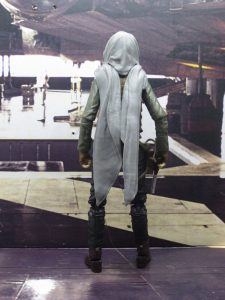 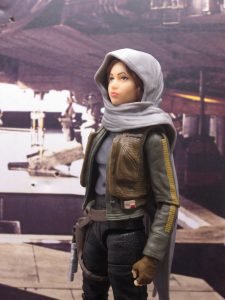 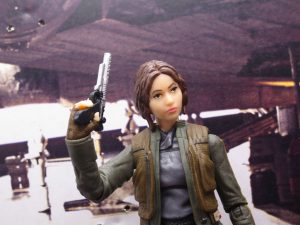 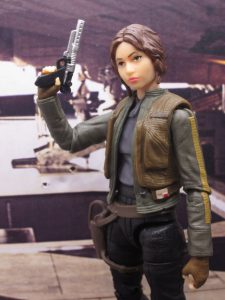 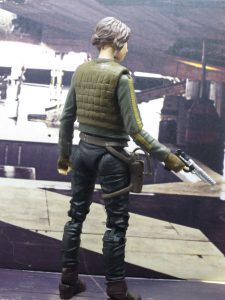 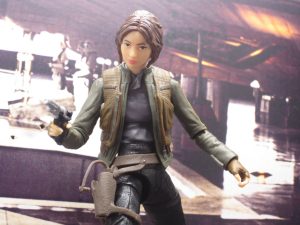 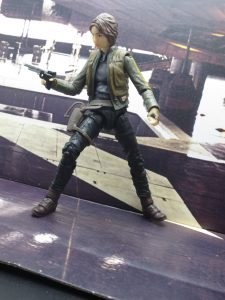 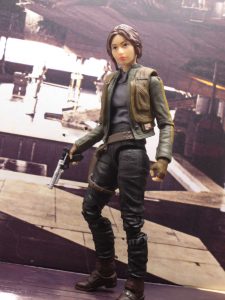 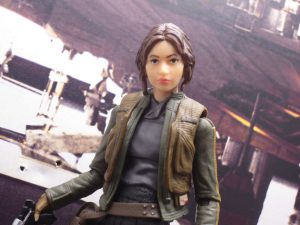 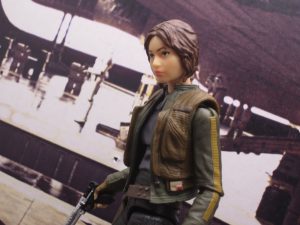 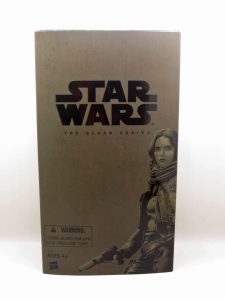 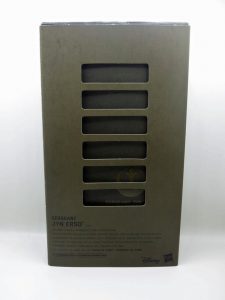 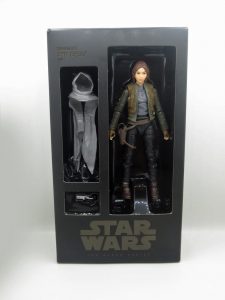 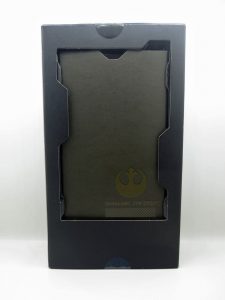 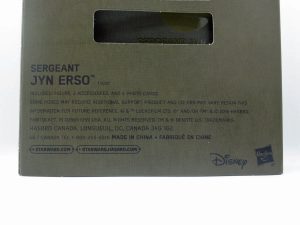