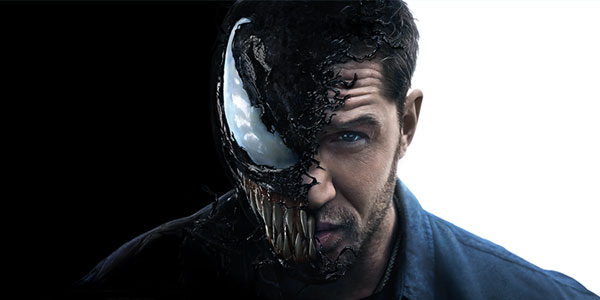 Venom got a little bit of retail love along with this year’s movie, which was kind of a miracle in and of itself, because Venom was one delightfully strange film. But as is often the case with Marvel toys not inspired by the Marvel Cinematic Universe, all the Venom merch that hit stores this fall was based on the anti-hero’s comic book appearance, not his movie look.

That’s finally changed thanks to Wal-Mart, who have released a 4″ “retro figure” directly inspired by the cinematic Venom, an exclusive pack-in with both their streaming (Vudu) release of the movie, and the Blu ray/ DVD box set a week later.

Now, it’s important to note, Venom’s movie look isn’t too far off from the comics– he’s still a massive, muscly monster clad all in black– but his big screen style drops the Spider-Man insignia, since the film was basically divorced from Tom Holland’s cinematic Spider-Man. He also has a uniquely shaped head, with a shark-like visage, more narrow eyes, and an even bigger mouth.

The new Venom figure matches his on screen appearance quite well. The headsculpt is spot-on, and the body– which seemed very basic in the promo shots of the figure– has a well sculpted musculature and even some vein-like tendrils coursing over Venom’s chest and back. 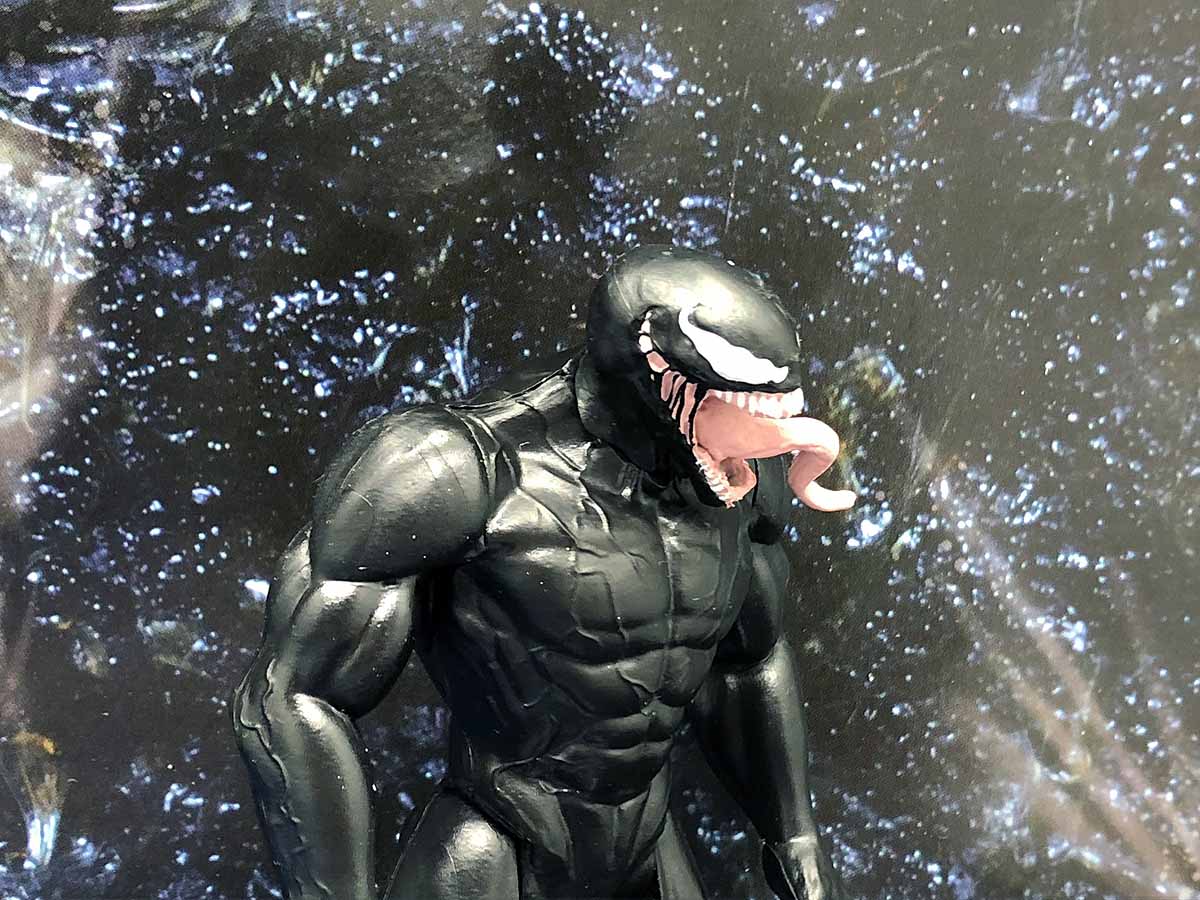 Beyond the sculpt, though, this Venom isn’t really anything to write home about. He features very limited articulation, a swivel neck and t-crotch hips, and only semi-poseable arms. The arm thing is super confusing.It seems to be based on the toy’s gimmick, an alternate set of mutated arms, one an extension of symbiote tendrils and the other forming a bladed weapon. The different arms plug into the figure’s chest and fit snugly, but rather than sculpt the peg and socket into a cylinder that could still support a swivel motion in the shoulders, the pegs are flat so they basically stick Venom’s arms in one singular pose.

If you were hoping for a Hasbro-caliber action figure, this Venom will definitely fall short. But as a fun novelty pack-in to hype the home release of the movie, I like him quite a lot. The sculpt is actually really strong, and while I dislike the limited design of the arms, the alternate symbiote shaped weapon arms make for a fun set of accessories.

This Venom figure won’t be for everyone, especially some “serious” toy collectors. But at the end of the day, I think he’s really fun toy, and I like that the mix of high quality sculpting, low grade junkiness, and undeniable charm of the figure itself sort of makes it the perfect collectible based on a movie that features the exact same balance of genuine coolness, campy garbage, and that special something that made the movie so watchable.

There’s two ways to get your slimy hands on this Venom figure, both at Wal-Mart. A limited run of 5,000 blister carded figures will be released in stores only this Tuesday to coincide with the streaming release of the movie. Then on December 18th, a box set hits Wal-Mart featuring this figure (possibly without the extra arms?) as well as the Blu ray/ DVD of the movie. That can be preordered here. 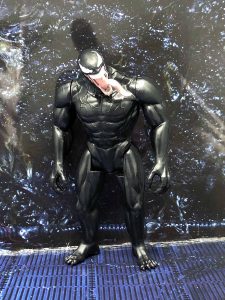 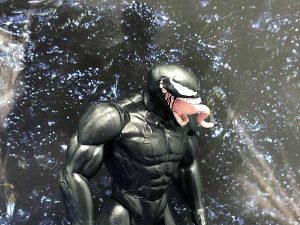 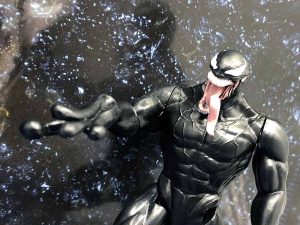 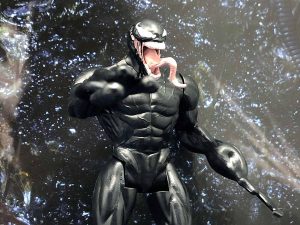 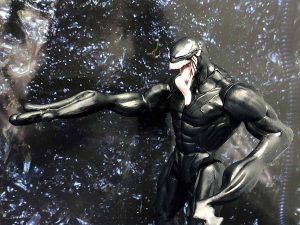 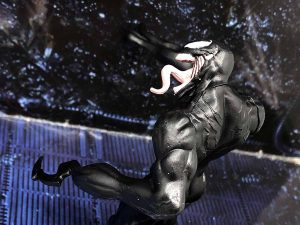 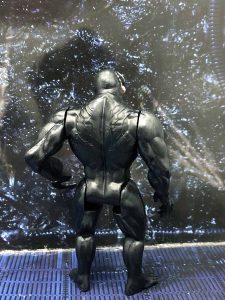 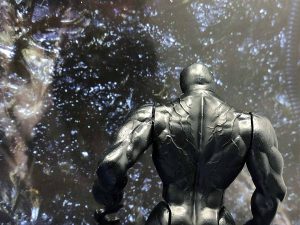 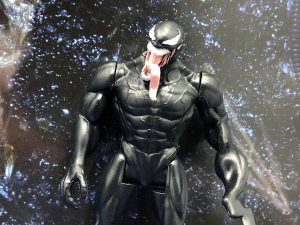 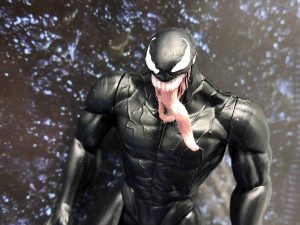 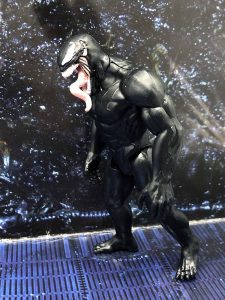 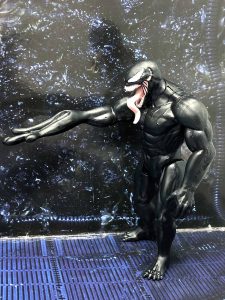 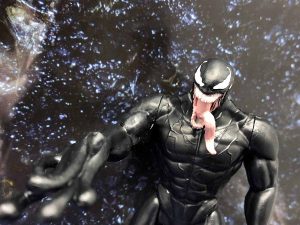 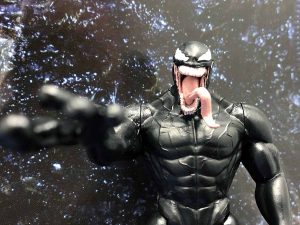 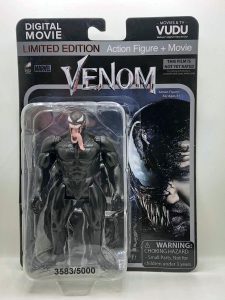