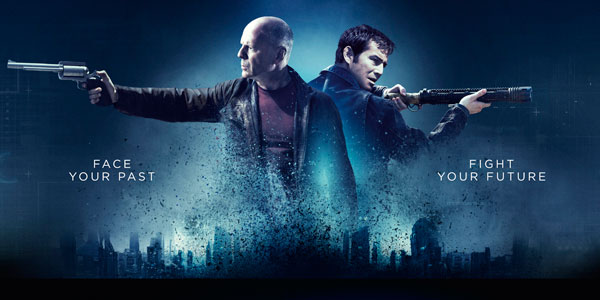 Rian Johnson’s time jumping hit-gone-wrong tale is a welcome addition to the pantheon of smart, engaging and classic sci-fi.

I feel like I’m betraying my punk rock-loving, 16 year old self saying this, but rules aren’t always made to be broken. When it comes to science fiction– most specifically sci-fi that delves into the sticky realms of time travel and paradoxes, rules count for a lot. As a long-time sci-fi consumer, I’ve been betrayed by half-boiled ideas not panning out, or an erosion of my suspension of disbelief due to a movie not following the law of its own fictional environment. Looper has a lot going for it, but what impressed me above all was the seamless and very well thought-out narrative, which does a more than admirable job weaving one logical, consistent through line out of a situation based on one big, obvious paradox.

Before I get too ahead of myself I should say this review will be as spoiler free as humanly possible; Looper takes several interesting twists and turns– some inevitably predictable, others quite surprising– but either way I think it’s important to not only BE surprised by them, but discover firsthand how they come to be.  But maybe I’m getting ahead of myself again?

We’ll try this again.  Looper spends its first twenty minutes setting up the world of the film, as narrated by Joe (Joseph Gordon-Levitt), our titular Looper.  In 2044, time travel hasn’t been invented yet… but thirty years from then, not only has it been invented, but outlawed… and currently only utilized by the darkest corners of organized crime.  The enterprising gangland empire has come up with a brilliant way to eliminate their targets– send them back in time, to be executed by a hitman ready and waiting, who then disposes of the foreign body erasing any evidence of their death in the time they were sent away from.  These hitmen are called Loopers, and Joe is a pretty damn good one.

Bigger things begin going on with this system, leading to many Loopers “closing their loop,” unwittingly assassinating their future self, and receiving an astronomical payoff to live like a king for the next 30 years for doing so.  This is all established early in the movie, with Johnson wisely limiting the time travel to this simple format.  Along the way, we get to see the repercussions of a Looper failing to close his loop, thanks to a horrifying sequence that does a great job showing off just how serious– and brutal– a threat Jeff Daniels’ Abe and his gang can be.

The format is simple, and it’s airtight… until Joe’s future self (Bruce Willis) bucks the system and gets loose.  From this point on, the movie morphs into a masterful mix of chase film, cat and mouse story and ultimately a quasi-Western standoff.  Johnson expertly plays with the pacing as Joe the elder and younger meet and trade words and blows, each with their own agenda driving them on distinct, but sometimes overlapping paths.

I loved how little screen time Willis and Levitt actually share in this movie.  They’re both outstanding, and do a great job revealing Joe as a fully rounded, but drastically changed man.  Willis’ Joe may have wisdom and a virtuous cause behind his actions, but he’s also scary in how far he will go to see his task accomplished.  Levitt’s younger hitman is more tenacious, but he’s also an idiot– putting his trust in the wrong people, and not thinking things through before he takes action.  What both men share is a driving obsession with their missions, which are nowhere near as connected as you might assume. Sure, to young Joe, his old self is a target, but to the elder version, his young self is nothing but a nuisance, an obstacle on his path to what could probably be best described as preventative revenge.  Thanks to the paradox that leads both men into the story, there’s also not much inevitability in young Joe’s actions, and the movie does some interesting things as Levitt’s real-time actions become memories for Willis, even as he desperately holds on to his own memories, which may never come to be.

Willis gets more than one moment to really shine as an on-screen badass again, but for me the coolest part of his performance was how little a threat he views his younger self; even with Levitt’s gun trained on him point blank, Willis doesn’t flinch once.  Levitt is fantastic as well, absolutely nailing the “young Bruce Willis” vibe he promised in the trailers. From the voice to the facial expressions, Levitt is absolutely transformed here, and it’s impressive. Equally impressive is how Levitt takes his time making you feel anything for Joe.  The hitman starts off as a truly shitty person, the kind of guy who’d betray a friend to a fate worse than death for the sake of his pittance of a fortune, and his arc is wonderfully subtle– I can’t recall a single scene where I suddenly started to care about Joe, but by the final act he certainly had me invested.

The supporting cast is equally strong, with Daniels and Noah Segan adding some welcome human tics to their vicious mobsters, while Emily Blunt’s Sara, who doesn’t really play into the movie until the second half, really shines as both a kindred spirit and strong foil for Joe.  In a lesser movie, Sara would have been relegated to little more than a plot device, but the importance of truly understanding what a decent person she is becomes a cornerstone of the finale, and Blunt illustrates that perfectly in her loving yet strong interactions with her son.

There’s a lot going on in Looper, but Johnson handles it all like a champ, making sure the convoluted mash-up of plotlines stay simple enough to be followed and logical enough to intersect and split apart as the movie progresses. Johnson also keeps his sci-fi rules simple and stylish, with an awesome steampunk aesthetic to both the time machine and the Loopers’ signature weapon, the Blunderbuss.  He establishes the laws of time travel and telekenesis (yep, that too) early on and sticks to those rules all the way to the finish line.  But once Johnson has his landscape painted, the focus of the movie shifts to a character study, and it’s compelling just to watch the interesting similarities and striking different between Joe, plus or minus thirty years.  Much like Levitt’s technically brilliant performance, Johnson’s sci-fi elements and special effects are astounding, but take a backseat to the story and its players.  By the time the credits rolled, I had honestly forgotten I was even watching a sci-fi movie.

That’s not a criticism.