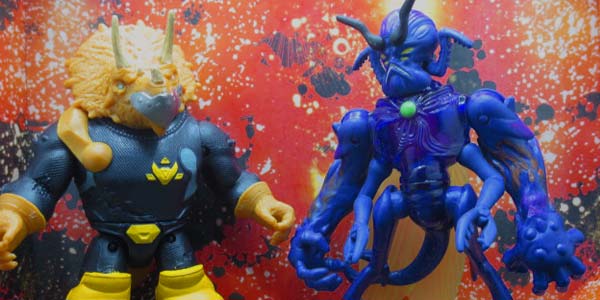 Two of the Turtles’ biggest foes in Dimension X come to Playmates’ TMNT series, only at Wal-Mart.

The hit Nickelodeon animated series Teenage Mutant Ninja Turtles is still going strong, and so is Playmates’ toy line.  One of the biggest appeals of the show is its willingness to pull in from all eras and corners of the Ninja Turtles mythos, to form a sort of “ultimate” TMNT universe.  That universe is expanding in a big way in the latest season, which introduces Dimension X to the new cartoon and has the Turtles encounter some interesting new aliens creatures.

Two of those aliens have been tapped for Playmates’ toy line, and they’re hitting retail now as Wal-Mart exclusives.  Lord Dregg and Mozar are being set up as two new bad guys the Turtles will face in Dimension X, and they each make for pretty cool, visually dynamic creatures in toy form.  Mozar is a character we’ve seen before.  The leader of the Triceraton army, this guy is big, bad, and clearly means business.  The figure is an all new sculpt, and he definitely feels true to the vintage Ninja Turtles aesthetic, loaded with details like the scaly texture of his skin, the ribbing of his space suit, and especially the small tears that adorn his uniform.  Mozar’s design features some intriguing tweaks, such as the metal armor that covers his beak-like snout, and his strange eyes, one of which is blue while the other is all white.  This guy is fairly poseable, with a swivel neck and waist, and hinged swivel shoulders and hips.  While he’s hefty enough to feel worth the price tag without any accessories, it’s strange that his packaging twice references a plasma cannon– his weapon of choice– yet the figure does not include this piece.

Lord Dregg is a brand new character, the lord of the planet Sectoid (and all insects, according to his bio).  True to this back story, Dregg sports a cool, insect-like look, complete with translucent green wings, hock jointed legs, and an extra set of arms that end in some nasty looking pincers.  Lord Dregg’s design definitely screams “alien,” and I mean that in the best way possible.  The villain is predominantly purple, but there is some very nice red highlighting painted onto his arms which adds depth and an authentically bug-like finish to his exoskeleton.  The figure’s torso is cast in translucent purple plastic, which further enhances his wonderful weirdness.  Like Mozar, Dregg does not include any accessories, despite a back-of-package reference to his awesome-sounding “insect rockets.”

I love that Playmates never shies away from bringing the weird, wild and bizarre villains of the TMNT universe to their toy line, and both Mozar and Lord Dregg certainly fit that bill.  These characters may not have the name recognition of last year’s Wal-Mart exclusive Bebop and Rocksteady, but they’re really fun and funky looking bad guys all the same.  Seeing as these two are also major antagonists in the Turtles’ current Dimension X storyline, their release in this new series of action figures has been timed perfectly.

Lord Dregg and Mozar are available now at Wal-Mart stores everywhere.  Check your local stores if you want to add these awesome aliens to your Ninja Turtles collection! 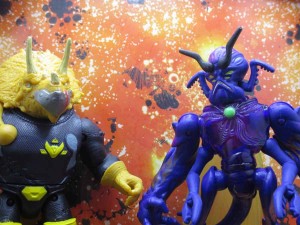 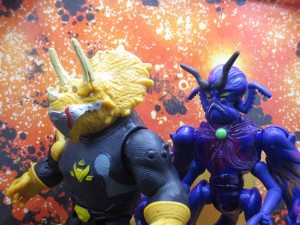 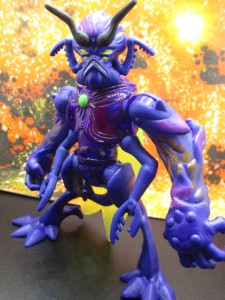 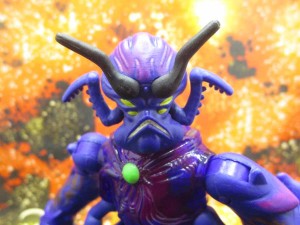 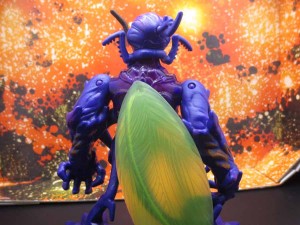 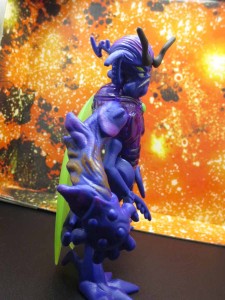 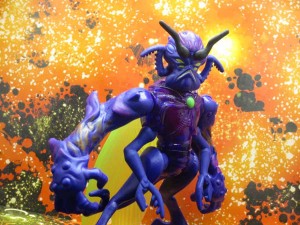 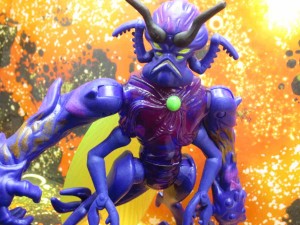 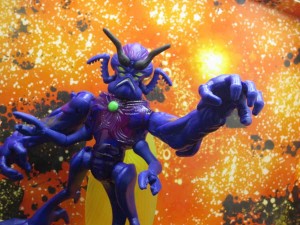 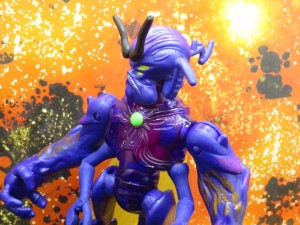 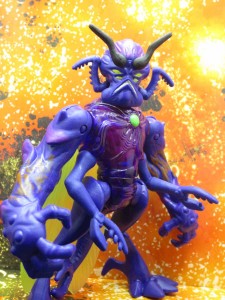 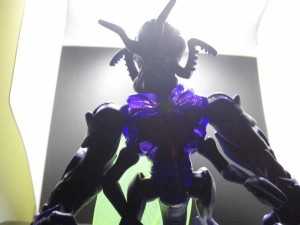 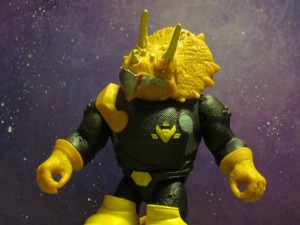 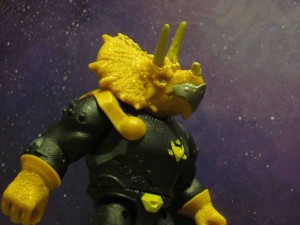 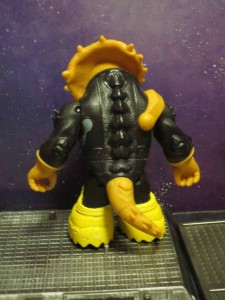 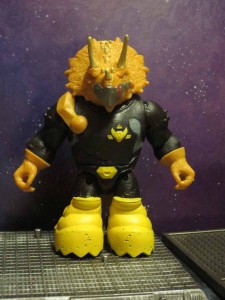 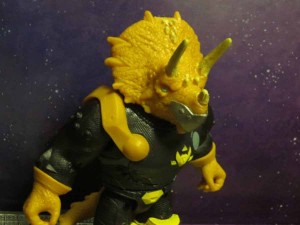 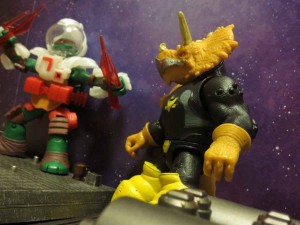 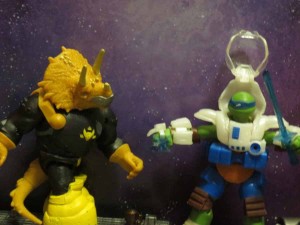 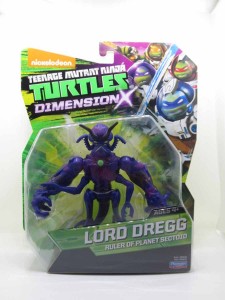 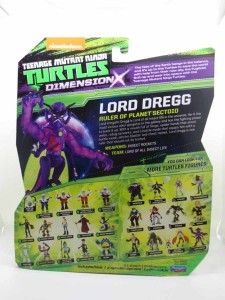 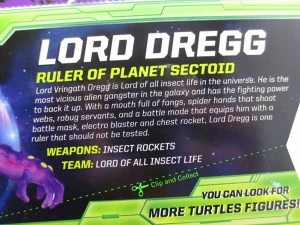 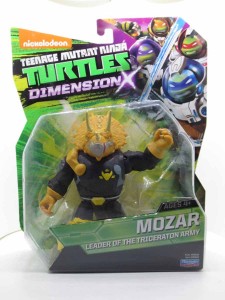 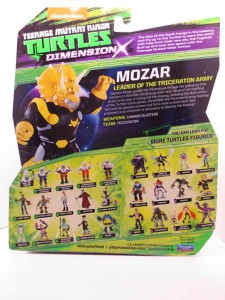 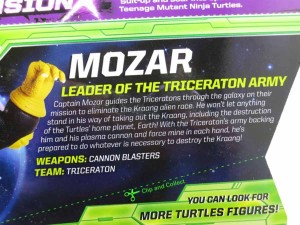