Why Do I Love Black Series Commander Cody? 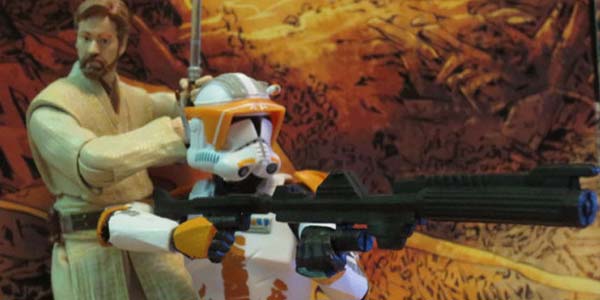 One of the lamest characters in the Star Wars universe still manages to be a really cool action figure.

Impulse is a weird thing.  As a toy collector, I’ve noticed a few times where I willfully cast context and rational thought aside, because I’m simply too taken by whatever action figure is commanding my attention as it hangs on a store shelf.  When I found the latest Star Wars Black Series figures at Target, I knew I’d be walking out with IG-88 and Leia in her Boushh disguise… but one look at Commander Cody, ultra-lame captain of a squad of Clone Troopers in the godawful Revenge of the Sith, and I knew that despite my distaste for the character and the movie in which he appeared, I was gonna buy him anyway.

Mostly, because Cody is a cool looking character, and Hasbro translated him perfectly into action figure form for this release.  In essence a Clone Trooper with extra stuff piled on top, Cody still manages to have a distinct aesthetic, thanks to the unique visor on his helmet, the all new shoulder pads and backpack and the coordinating orange paint adorning his armor.  I’m aware he’s lame.  I know ROTS sucks.  But dammit– Cody just looks great.

In some respects, I’m actually miffed that Hasbro invested so much attention to detail and care into Cody.  If a more deserving character like Emperor Palpatine had come out this great, we’d all be on could nine… but instead he suffers as a weird failed experiment while a mort like Cody wins as an action figure.  Though I guess it’s just as well this way, because even a crappy Palpatine will sell well enough, and the fact that Cody is so well done will probably bolster his sales, even as a lesser known and vastly inferior character.

Cody is actually the first Clone Trooper figure I’ve picked up in the Black Series, and I like the figure design quite a lot.  He feels more solid and tactical than the Stormtrooper sculpt, but this could be thanks to the more solid, less gummy plastic used on Cody.  He features a great range of motion, so he can strike a number of action poses, and his looks pretty good bro-ing it out with the C;one Wars era Obi Wan Kenobi.

Should you get Commander Cody, too?  I think it depends on your prerogative.  Obviously, the prequels were awful, so the less we remember of them, the better off we are as a society.  But I’d be remiss if I told you to take a pass on this figure, just based on his garbage source material.  There’s a long history of Star Wars morts who have made for great toys, action figures that transcend the lameness of their origin to breathe new life and imagination into this fantasy universe.  And that’s where Cody belongs.  If you can divorce a character’s contextual background from the aesthetic virtues of their action figure, then yes, you should absolutely add Cody to your collection.  He really is a very well done toy, one that looks cool, poses well and is a tone of fun to play around with.  To me, that means more than my omnipresent distaste for the prequels, and in that respect the only thing I can do is welcome Commander Cody to my collection with open arms. 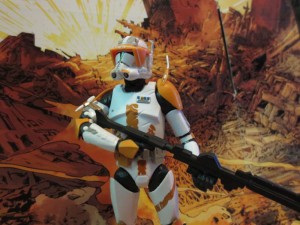 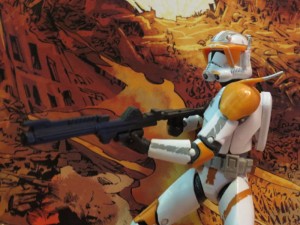 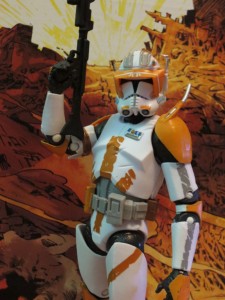 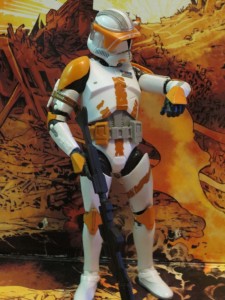 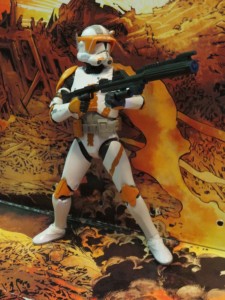 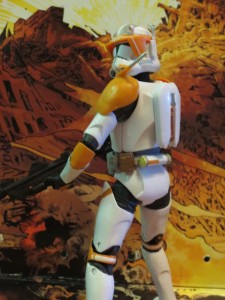 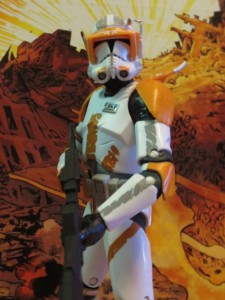 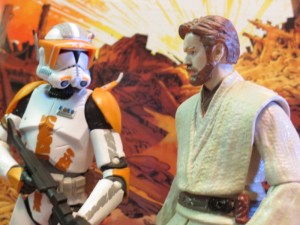 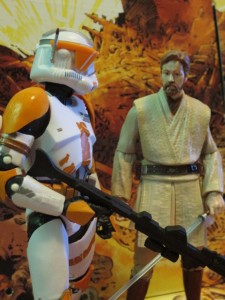 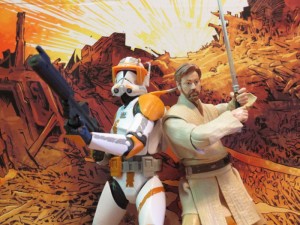 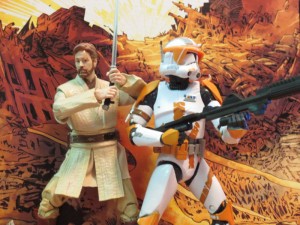 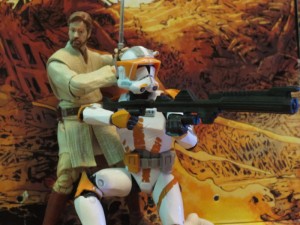 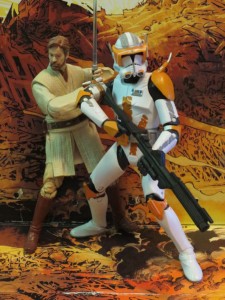 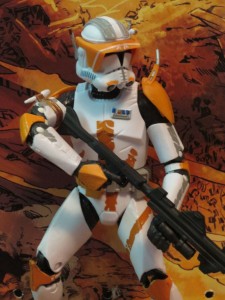 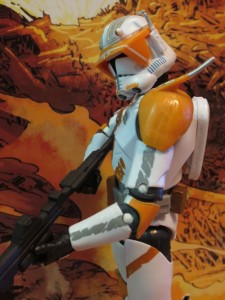