I Dare You Not To Love the Inherent Vice Trailer 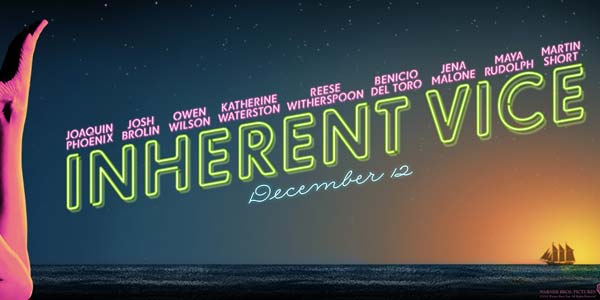 SO GOOD doesn’t even begin to cut it.

Obviously, any new release from Paul Thomas Anderson deserves more than a bit of attention.  But after staying in some heady, super-serious territory for his last few features, it’s nice to see Anderson cut loose and get more than a little silly this time… There’s more than a few moments in this trailer that had me laughing out loud– it’s funny!  And yet, still kind of heady.

Based on the novel by Thomas Pynchon, Inherent Vice definitely taps into the same sort of surf-soaked, fuzzy noir featured in The Big Lebowski and Jackie Brown… and considering it’s a PTA movie I don’t think it’s entirely unreasonable to already start comparing this flick to those modern classics.

I could probably write more about this trailer and how much I’m dying to see this movie, but truthfully, I feel I could make better use of my time watching the trailer yet again and urging you to do the same below: