The Loyal Subjects Thundercats Are On The Loose 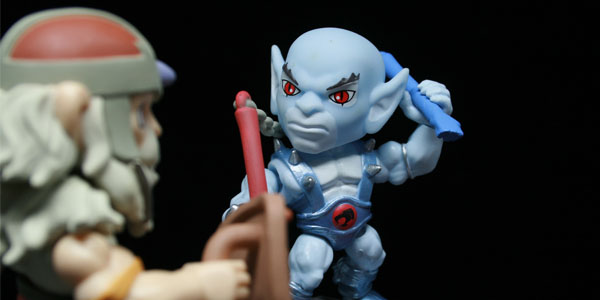 Even the blind box hunt could not keep me away from getting some of the new Loyal Subjects Thundercats.

I am late to the blind box craze that as been going on for the last few years. Looking at all the lines in the stores, there was nothing in them that made me want to take the chance of getting doubles. With LEGO and the other blind bags, I can usually figure out what I am buying, but these boxes are a whole other thing. When The Loyal Subjects announced they got the Thundercats license I was so excited until I heard they were blind boxes and after exercising a good deal of will power and staying away from the line I got my favorite Thundercat for Christmas, and well now I have four of them. The trick to finding what you want is getting to an untouched box, but depending on the store that can be hard. Thankfully there are a few maps on line to help you find what you ware looking for.

Right now Walmart and Hot Topic are the only two retailers with the sets, but soon comic shops and Walgreens will have their own assortments complete with their own exclusives soon. The Walmart boxes ship with the main four, Lion-o, Tygra, Cheetara,Panthro, along with two versions of Mumm Ra and possibly Jaga. Each of these figures also has battle damage, which is what will set them apart from the other stores’ boxes. The Walmart exclusive is the mummy version of Mumm Ra, which has a few variants (he should be the back row top of the box). Hot Topic has the same box layout except Monkian is the exclusive, again in the same spot in the box also with variant options. The Hot Topic wave also has metallic paint deco, setting them apart from the other stores.

The sculpting of this line is what sets itself apart from a lot of other mini-lines, they are true to the chracters. Some toy lines rely on the reuse of parts, but this line seems to be able to keep all the unique details that captures the magic of the Thundercats. One issue about buying these blind is the quality of the figure, if you are worried about breakage or paint issues, I have not seen any so far. With the bigger lines of toys there are always issue, which can be corrected buy just finding the same character again, but with the roll of the dice you have to take it is good to know so far they all seem to be in good shape.

The Walgreens wave should be soon with an exclusive Slythe as well as the specialty store case. If you want to roll the dice and get a random set let our sponsor Mike’s Comics N Stuff you want him to carry them and let him know who sent you. 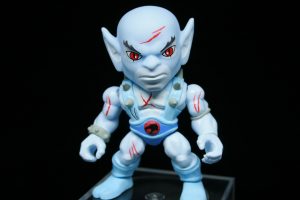 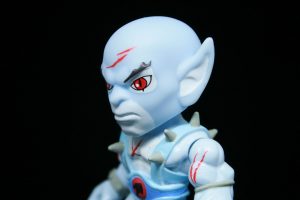 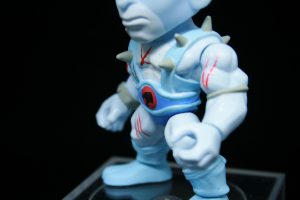 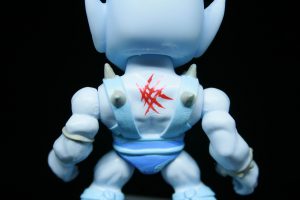 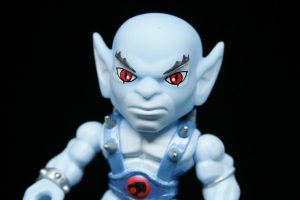 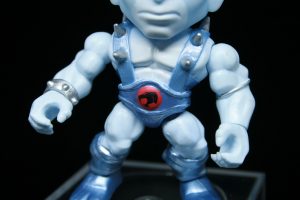 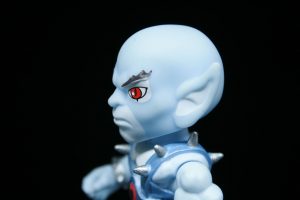 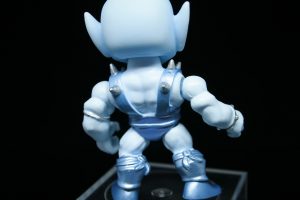 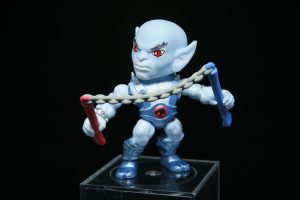 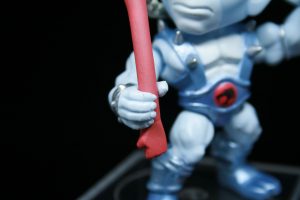 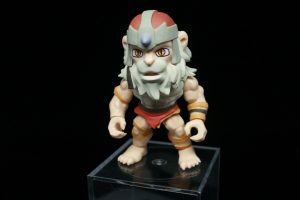 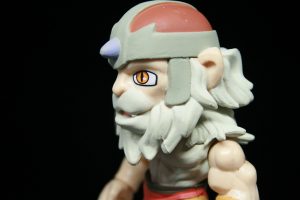 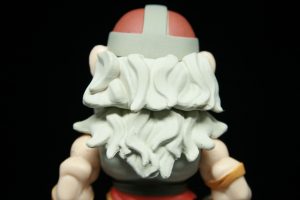 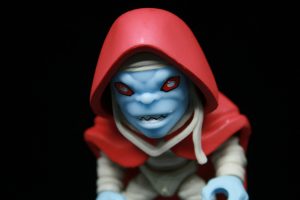 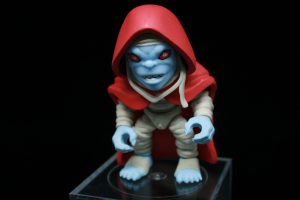 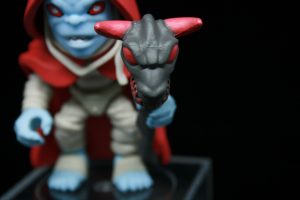 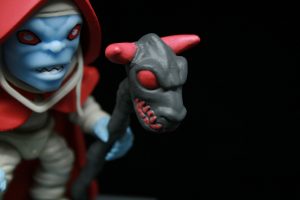 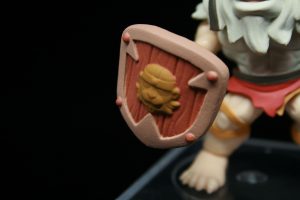 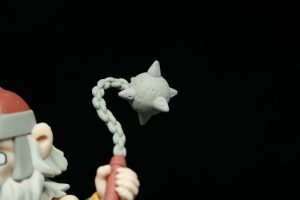 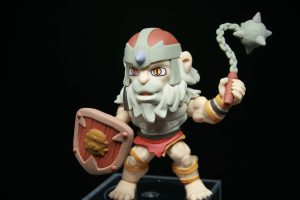 We found these all on our own… with a lot of luck and help from Jr!!