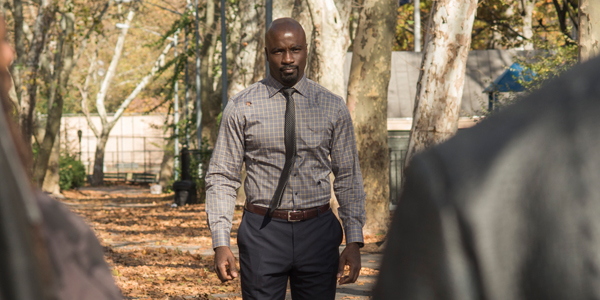 Luke Cage might be the best TV show Marvel has produced so far.

With only a few hour before the all the episodes are available on Netflix, the excitement is high for Luke Cage. The new Netflix show is different from the other Marvel shows on TV. It is not just about the heroes and their powers, but the city and it’s people.

After watching most of the season, it was hard to stop to write down some thoughts, but here it goes. Marvel has done an amazing job in the past few years to bring superheroes to life, but there is not always depth to the movies and shows. They all focus on the action and adventure, but the Netflix shows deal with real life problems. Daredevil dealt with the mob and the poor in his part of New York, while Jessica Jones tackled abuse to women, overcoming and coming out stronger. Luke Cage continues the trend, with the hero not only showing off his impressive Captain America like powers, but also dealing with the issues facing the people of Harlem. While all the characters are not model citizens, there is a feeling of community and respect, and when that is disrespected, how the community will react. Gone are the goofy costumes and villain gimmicks from the comics, though long time fans of Cage will cheer for one brief moment during the first half of the season, replaced with the real world suits and weapons. Cage is not the only hero in the show, Misty Knight joins him throughout the season, and is as fascinating a character as Power Man himself.

The writers have done an amazing job connecting the viewers to the characters, no matter how brief their appearances are in the show, creating a emotional bond with them, even the bad guys. Gone are the mustache twirling super villains, replaced with men in suits with complicated back stories. Cottonmouth is not a purple spandex snake, but a club owner with a tragic past, and his motives are like any one in the real world; power and respect. Connecting Cage to the rest of the Netflix shows is Claire Templeton, who is quickly becoming the Phil Coulson of the Netflix world. There are also plenty of nods to the comics through out the show, so keep an eye some are quick and you might miss them. Harlem’s history of culture, literature, and music all play a role in the show. The show has plenty of live music from Jazz, to Rap, R&B, all creating the mood and tone for the show.

There are a few twists and turns that you don’t see coming, and makes it hard to not start the next episode right away. With Daredevil and Jessica Jones, it took a few days to finish the show, but with Luke Cage there was no stopping.

Check out the last trailer and get ready for a ride because once you start you won’t be able to stop watching.