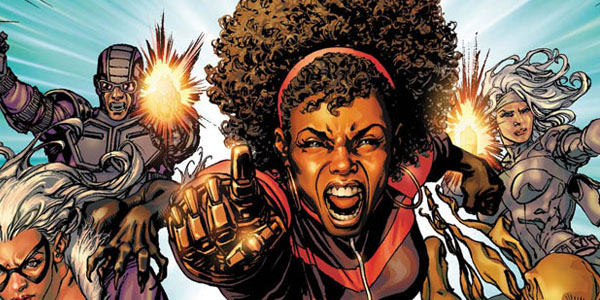 Filming on Jessica Jones is wrapping up, which means Luke Cage is about to start. Over the last couple of weeks more and more actors are filling out the cast of the next Marvel Netflix show, Luke Cage. This week 3 actors join the show according to Deadline.

Theo Rossi, Simone Missick, and Rosario Dawson will join the growing cast. Dawson will return as Claire Temple who made her debut in Daredevil, and will also appear in Jessica Jones.

It also looks like Heroes for Hire will be part of the show, with Missick playing Missy, AKA Misty Knight. It is just a rumor right now, but the character description matches the comic version of the character. In the comics she is a former cop, with connections to Tony Stark. Hopefully that will come into play, and connect the movie and Netflix world more then the occasional mention or newspaper headline.

The final addition is Sons of Anarchy star Theo Rossi. Rossi is rumored to play Shades, another villain in the show.

We should be seeing set pics shortly, especially with NYCC only a few short weeks away.